Windsurf in Sicily? With over 1000 km of coast, there is nothing but to choose!

At the end of the eighties two daredevils made the windsurfing circumnavigation of the island, pushed only by the power of the wind blowing everywhere, from north to south, from east to west. Since then, some Sicilian windsurf spots became reference point for windsurfing fans from over the world.

We start our Sicilian windsurfing tour from Mondello (Palermo), a place known as the Hawaiian spots. 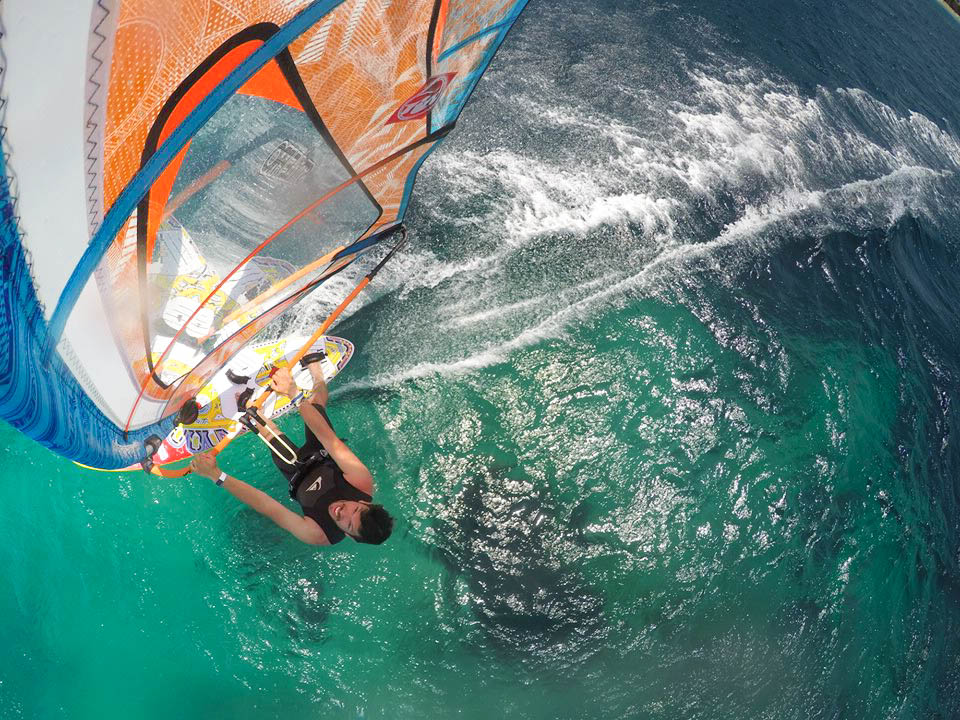 Here for many years the World Festival on the Beach took place, organized by the yacht club Albaria. This festival is a sporting event dedicated to the sailboards which called, among others, Robby Naish, Hawaiian, legend of this sport, and other famous Olympic medals winners. In Mondello the nine-time world champion Riccardo Giordano is at home. 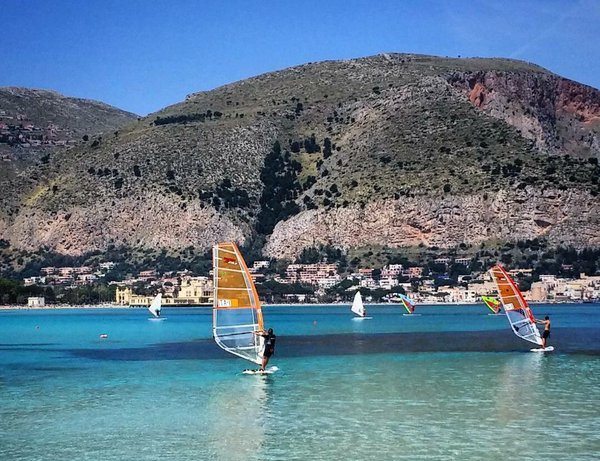 Going east, in Terrasini (Palermo) close to the Falcone Borsellino airport, the Magaggiari beach is a windsurfing spot popular for its waves. 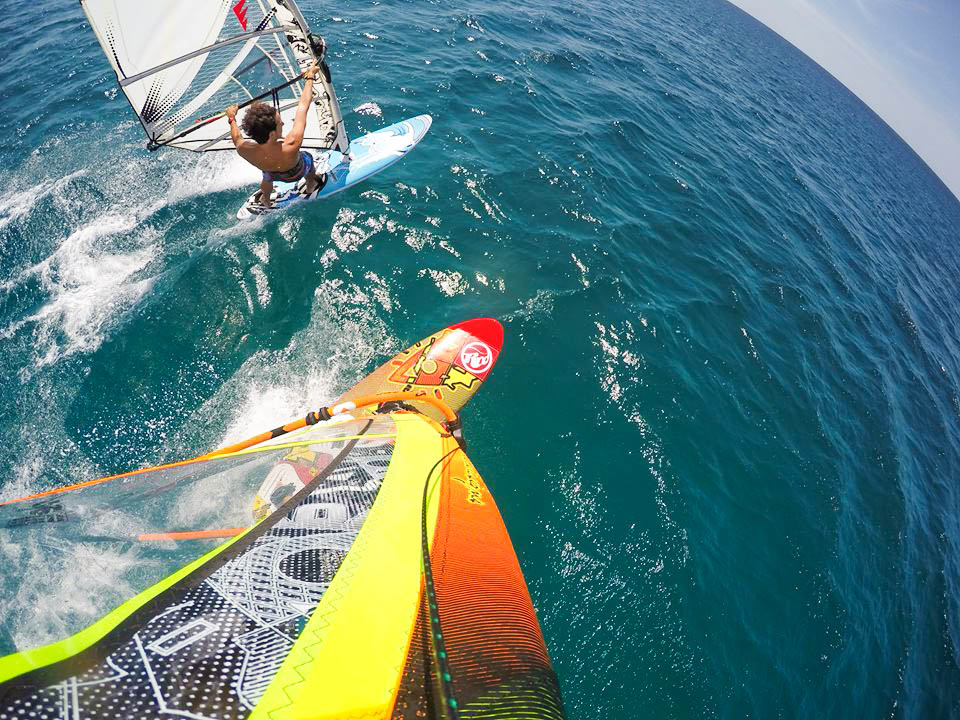 On the southwest coast there are two popular spots: one near Marsala (Trapani) called the Stagnone, with flat and low water that allows beginners to gain the practice needed to the freestyle maneuvers, the other near Campobello di Mazara (Trapani), in contrada Granitola, is called Puzziteddu and is suitable for the wave riding discipline thanks to its  weather and marine conditions. Puzziteddu beach has been home to various stages of the Italian windsurfing championship and has become a meeting point for fans from around the world. 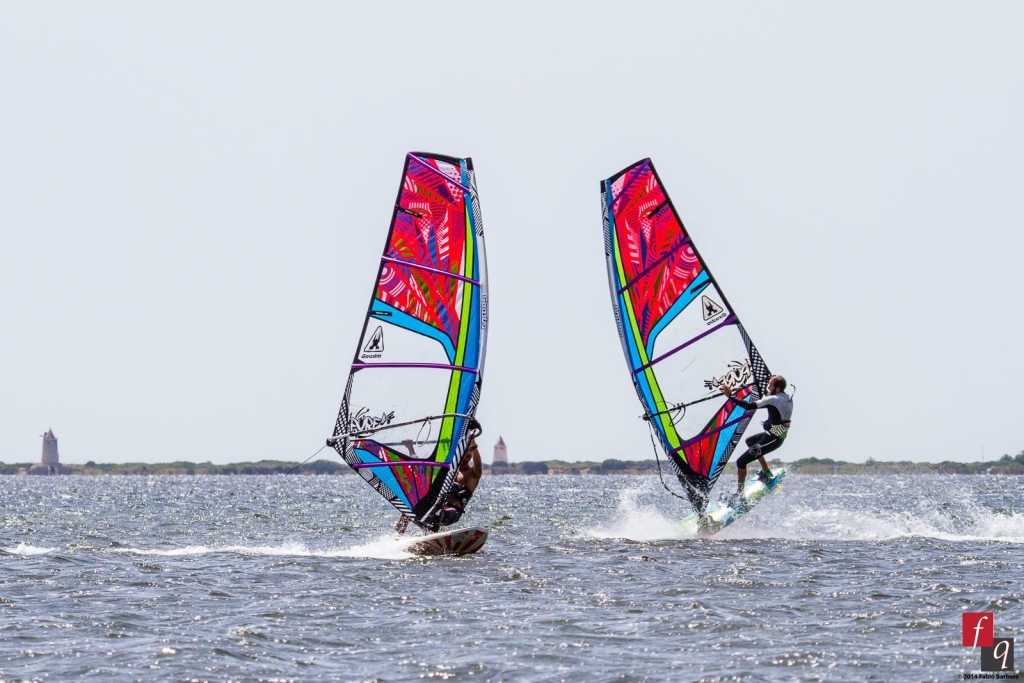 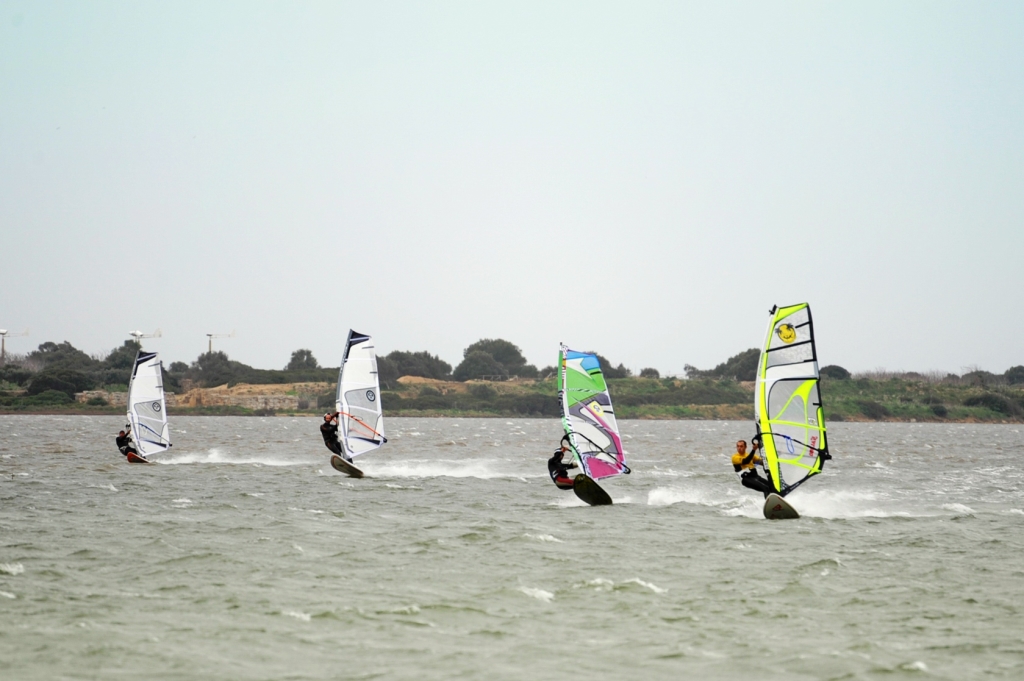 The success of this spot is also due to the tenacity of Antonio Cappuzzo, a first-generation windsurfer who loved this beach to the point of making it a windsurfing stronghold by having built an eco-village with an adjacent yacht club. Antonio Cappuzzo’s son, Francesco, trained in Capo Granitola waters, he is already at the top in the world wave contests. 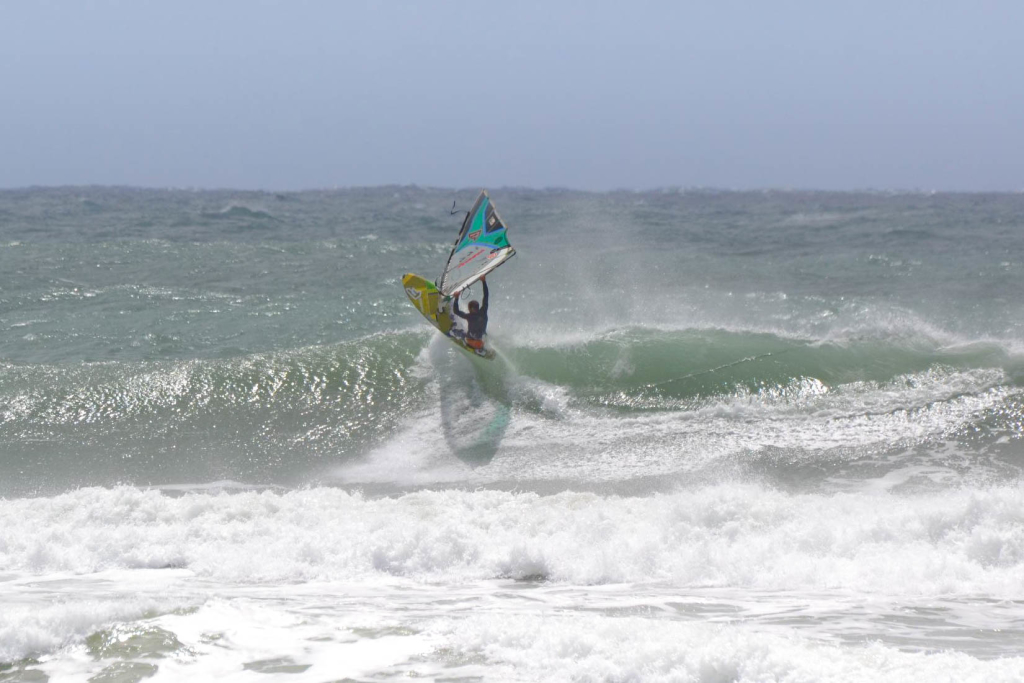 Proceeding towards south-east, near Agrigento, is the beautiful beach of San Leone, which is sought-after by windsurfing and kitesurfing fans, due to its linear waves ideal for surfing.

Going beyond Ragusa, towards the extreme southern end of the island, are two windy place where scirocco blows, Pozzallo and Capo Passero. Their wide beaches are suitable for both windsurfing and kitesurfing.

In Catania the sposts is La Playa and close to Catania: Aci Castello.

Also near the well known Taormina it is possible to practice windsurfing, along the coast from Sant’Alessio to Nizza di Sicilia, where various National competitions take place. 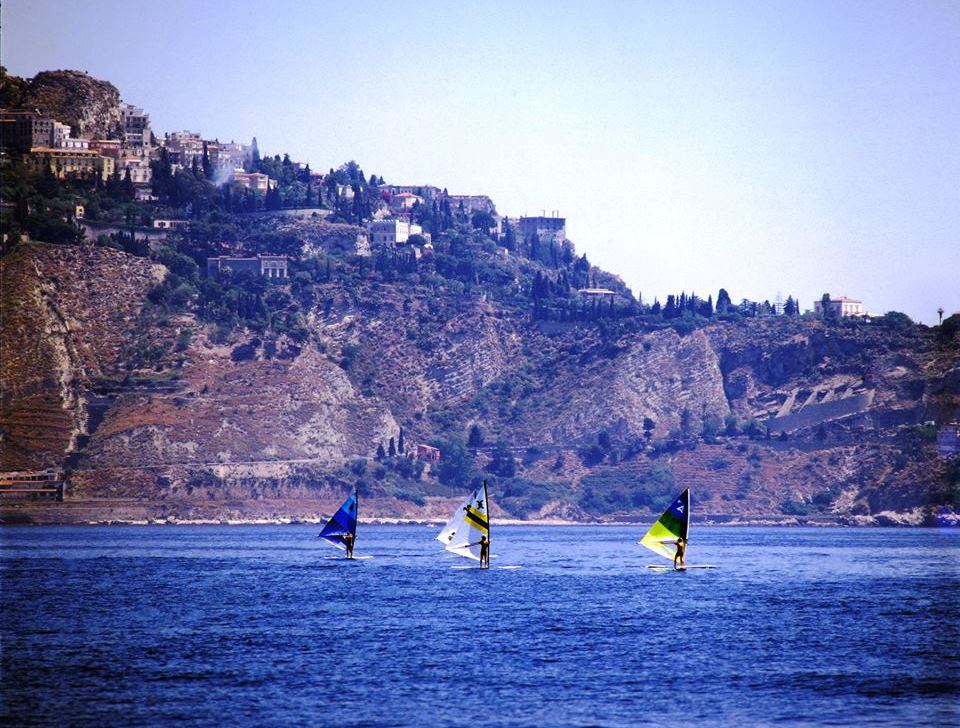 In Messina strait, where the winds are raging, the most famous spot is the coast of Tremestieri a Messina.

In the north of the Island, we can practice windsurfing in Tindari, Gioiosa Marea and Brolo.

Going towards east, Capo d’Orlando is the outpost of Messina territory for windsurfing fans. Here we found a group of local experts and extreme conditions with waves which exceed two meters. 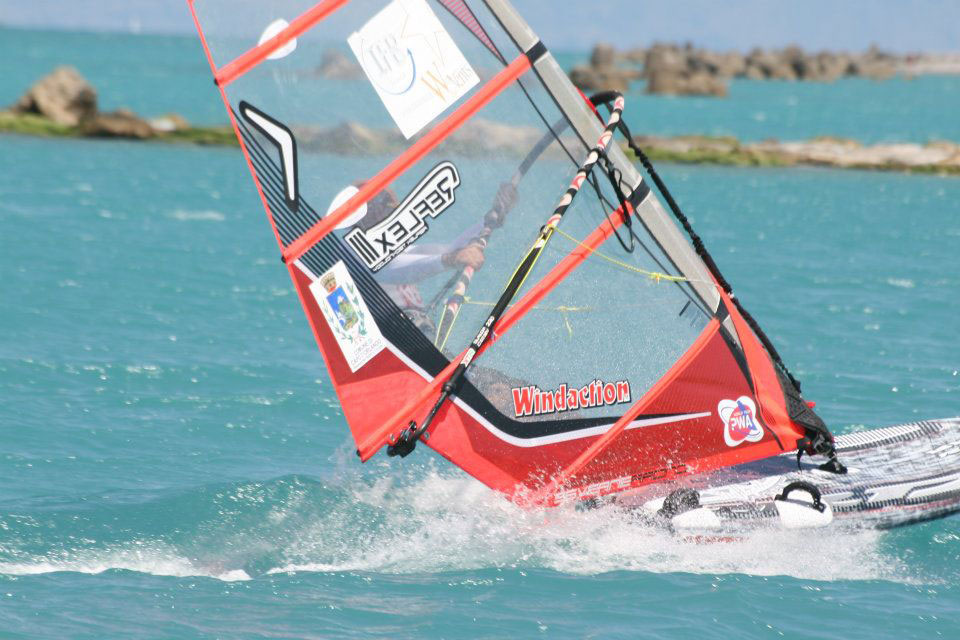 Near Palermo, in Cefalù and Mazzaforno, we end our circumnavigation to discover Sicilian windsurfing spots. Mazzaforno is the most popular beach among the windsurfing and kitesurfing fans, it is beaten by thermal and constant winds during all seasons with conditions of flat water.

Of course, the beauty of art and good wine and good food complete our experience.