Welcome to Agrigento, where history is unmistakeably in the air.

As well as being one of the oldest Sicilian cities, it’s also remarkable for having risen again from the ashes several times. Its showpiece is undoubtedly the Valley of the Temples which, with its ties to the classical world, displays one of the city’s most fascinating sides, together with extraordinary finds housed in the Museo Archeologico Regionale.

The city, founded in 581 BC by Greek colonists from Rhodes and Crete, became Akràgas in the following century. In the past, it used to be one of the most magnificent centres in the Mediterranean. In 1997, UNESCO therefore placed the Archaeological Area of Agrigento on its list of world heritage sites.

The remains of Agrigentum include the of the villas of the nobility and the orderly streets of the Hellenistic/Roman Quarter.

Here are 10 reasons to visit Agrigento!

The historic centre extends up the Colle di Girgenti hill; its main arteries are the Via Atenea and the nearby and panoramic Viale della Vittoria, with its views over the valley (Valley of the Temples) and the sea. As you walk you can indulge in a little shopping in the boutiques and shops, not forgetting to try the famous gelato pecorino in the cafés and patisseries.

This is a delicately-flavoured ice cream made from sheep’s milk ricotta cheese. Its flavour is unique; it’s a genuine, little-known product typical of the Agrigento area. After this, you enter the maze of small streets, based on an Arab plan, which connect the oldest monuments.

The Cattedrale di San Gerlando was founded around the end of the 11th century by Bishop Gerlando. The cathedral is in Norman-Gothic style and is accessed by a wide, gentle staircase, flanked by a magnificent, unfinished 15th-century bell tower. The building houses the extremely precious Cathedral Treasury, which is particularly rich in works of art. You can climb the bell tower and admire the roofs of Girgenti from above.

The cathedral’s historical archives contain a document as singular as it is mysterious: the letter of the devil, a 17th-century manuscript written in indecipherable characters and addressed to a nun, the Beata Corbera mentioned by Giuseppe Tomasi di Lampedusa in his novel, The Leopard.

The Cathedral is for this reason also one of the literary stops on the Strada degli Scrittori which will take you on an exploration of undiscovered Sicily!

The Via di Santa Maria dei Greci leads to the small church of the same name, in the oldest quarter of the medieval city. Built in the 12th century, its foundations rest on the base of a Doric temple from the 5th century BC which some believe to be that of Athena on the acropolis of Akràgas.

The church, with a small, elegant courtyard before it, has a 13th-century Norman-Arab doorway in its façade and beautiful single-light windows. 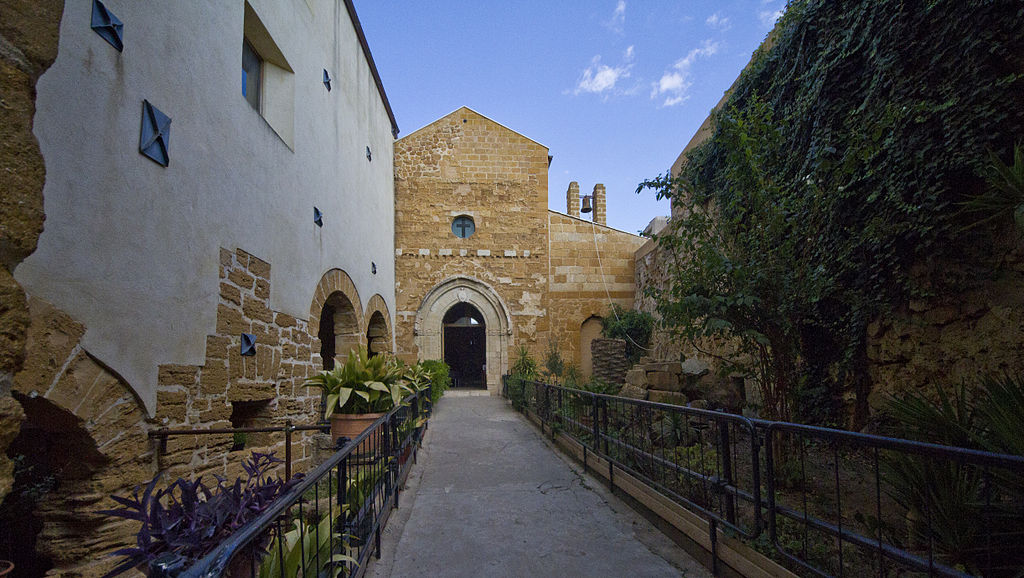 A few minutes away, the Abbazia di Santo Spirito complex, built in 1260, is composed of the church and the adjacent Cistercian monastery. The internal ceiling bears the painted heraldic coat of arms of the Chiaramonte family, as the complex was actually founded thanks to a donation from wife of Federico Chiaramonte, Marchisia Prefoglio. The adjacent monastery (or Badia Grande) dates back to 1290, and is embellished with a magnificent cloister with outstanding Gothic doors.

The nuns here prepare delicious almond and pistachio pastries, according to a centuries-old recipe. You absolutely must try them!

The Contrada San Nicola, just outside the urban centre, is where you’ll find the Museo Archeologico Regionale di Agrigento, with its panoramic view over the Valley of the Temples. It illustrates the history of ancient Agrigento and its territory, from prehistory until its Hellenisation. The highlight of its rich collection of archaeological finds is the more than 7 metres-high telamon, the Ephebus of Agrigento. Next to the museum, the medieval Chiesa di San Nicola houses the Phaedra sarcophagus, one of the greatest pieces of Roman sculpture in Sicily. Its lush garden is perfect for a break in the fresh air.

Find out more about the Museo Archeologico on an izi.TRAVEL audio tour

The Agrigento area is an ideal destination for families travelling with children and teenagers in summer! The beaches stretch for kilometres to the east and west, from Marina di Licata, a city with ancient origins, throughPunta Bianca, and alternating between almost deserted beaches and the more developedSan Leone, the nerve centre of Agrigento’s summer. The Porto Palo beach Menfi is one of the child-friendly Green Flag beaches. You’ll find beaches to suit all tastes, all made of fine white sand!

Forget reading literary texts, get to know Luigi Pirandello personally! His genius and his spirit can be found in his birthplace, this late 18th-century country house in Contrada Caos, on a plateau overlooking the sea, set amid oak and olive trees. The rooms, which look out over the countryside, house a vast collection of photographs, reviews and honours, first editions of books with autographed dedications, paintings of the author dedicated to him, and posters of the stagings of his most famous works in theatres around the world. The House, now a museum, often hosts temporary exhibitions dedicated to the author. Since 1987 the house and the Biblioteca Luigi Pirandello have become a single institution. Until a few years ago, the garden still held the hundred-year-old pine under which the writer used to rest, reflect and write and this enchanting spot was also where the author wanted his ashes scattered.

It’s also a stop on the unmissable Strada degli Scrittori route, which will take you on a “literary” voyage of discovery in the Valley of the Temples! 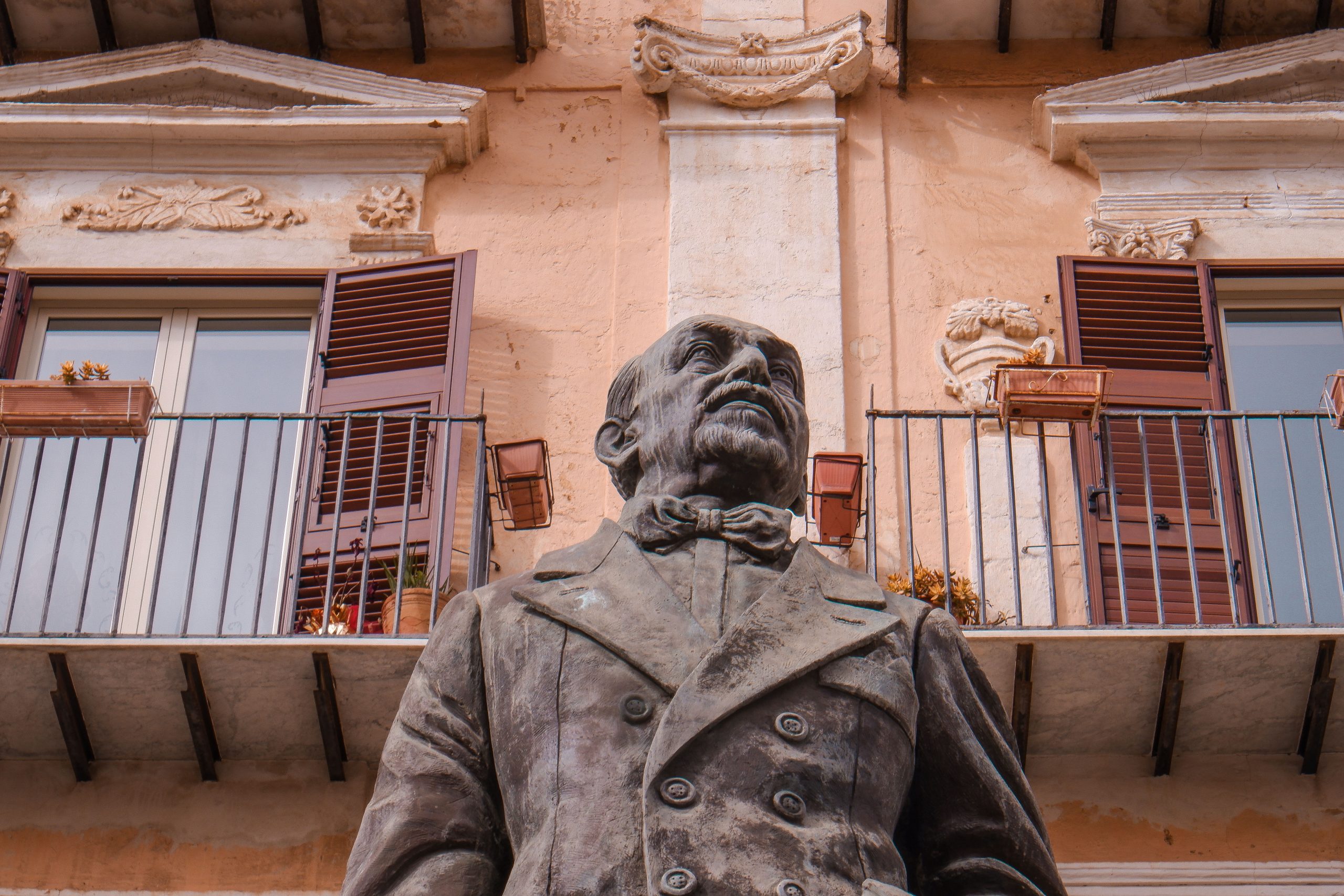 The Sagra del Mandorlo in Fiore (Almond Blossom Festival) was founded in 1934. It was the idea of Conte Alfonso Gaetani di Naro, who wanted to promote the typical products of Agrigento. Originally, the festival consisted of a display of floats and island folk groups, but over the years it has evolved. It now attracts companies from the rest of Europe, and even from overseas. The initiative gave rise to the “International Folklore Festival” which is staged every year between February and March. During this period, people from various different cultures come together for a week of festivities in the Valley of the Temples. The highlight is the evocative lighting of the tripod of friendship in front of the Temple of Concord.

In the Giardino della Kolymbethra you can breathe in the scent of the Mediterranean scrub. About 2,500 years ago, the tyrant Theron built a system of tunnels and hypogea designed to supply water to this small valley. The resulting large pool became a meeting place for the city’s inhabitants and provided entertainment for the rich. A century later it was buried and gave rise to a very fertile garden comparable, like a small garden of Eden.

This area of the Valley of the Temples, not far from the Tempio dei Dioscuri, has been managed by the FAI, the Italian National Trust, since 1999. It’s a precious example of Mediterranean scrub, and it’s full of citrus plants, pistachios, carob, walnuts, mulberries and pomegranates which still grow thanks to the ancient waterworks. This magical place is not infrequently the setting for events, concerts and exhibitions. 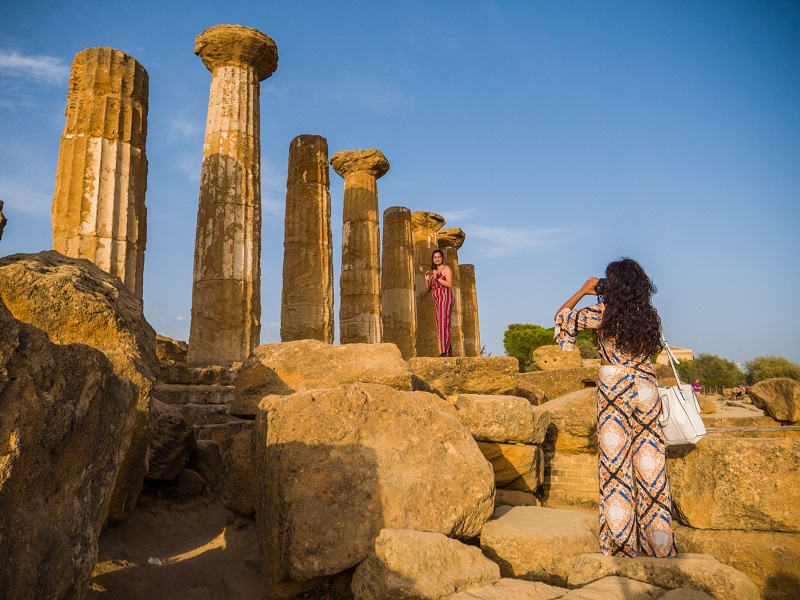 The Scala dei Turchi (Ladder of the Turks) is a magical place located along the stretch of sea between Realmonte and Porto Empedocle. Its rock is a blindingly-white, soft, chalky, clay-rich marl. Over time, nature has acted like an artist, shaping this material with the help of the sea and the sea breeze, making it soft and sinuous, creating terraces and smoothing every corner. 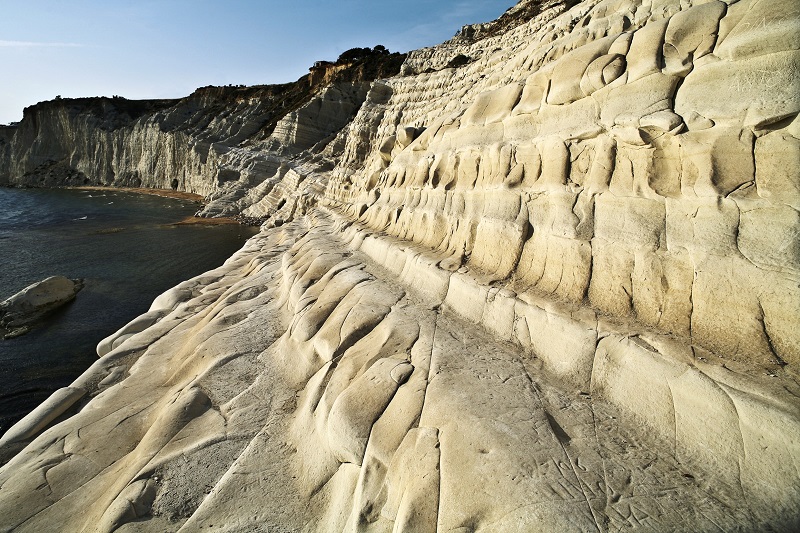 Favara, with its Farm Cultural Park, half an hour from the Valley of the Temples, is number six on the list of must-see destinations for those who love contemporary art, according to the English blog “Purple Travel”. This small Agrigento town has been transformed from an abandoned village into a creative workshop and modern art construction site, where artists from all over the world leave their mark.

There are seven, white, interconnected Arab-style courtyards, a cultural park and an art gallery, plus photography, music, food and good wine. 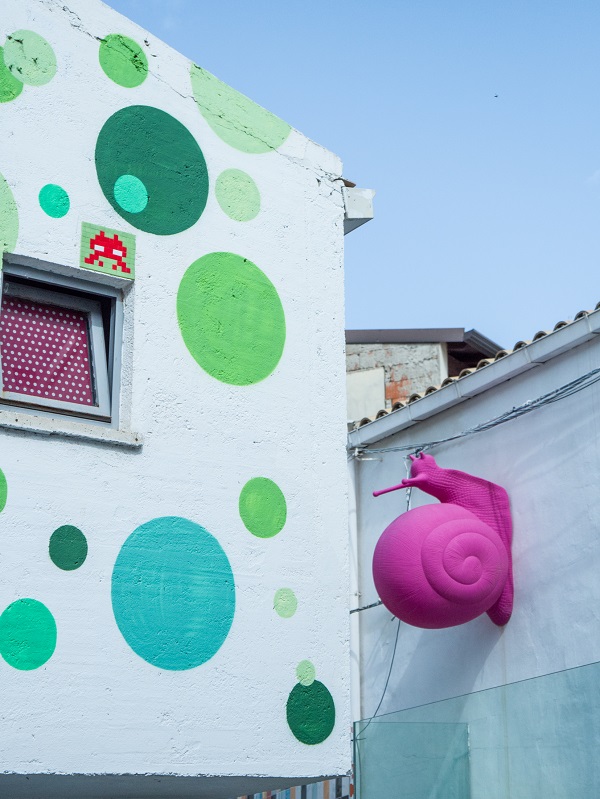