Come with us and discover the liberty style in Sicily

Liberty Style or Floral Style is a unique Italian art movement that became important in Sicily thanks to Giovan Battista Filippo and Ernesto Basile; Liberty is a branch of the new movement that affected art in Europe and assumed different forms in different countries, all clearly related to the attitude of rupture and renewal assumed over the previous art: Modern Style, Jugendstil, Art Nouveau, Sezessionstil, modernism, etc.

The Floral Style gets inspiration by nature, its organic shapes and colors, and it is applied to the so-called minor arts and forms of architecture; It is a design revolution that discovers the need to combine functionality and beauty in everyday objects and does so by using the work of skilled craftsmen who work all types of materials such as wood, gold, precious and building stones, wallpaper, fabrics, metals, etc. 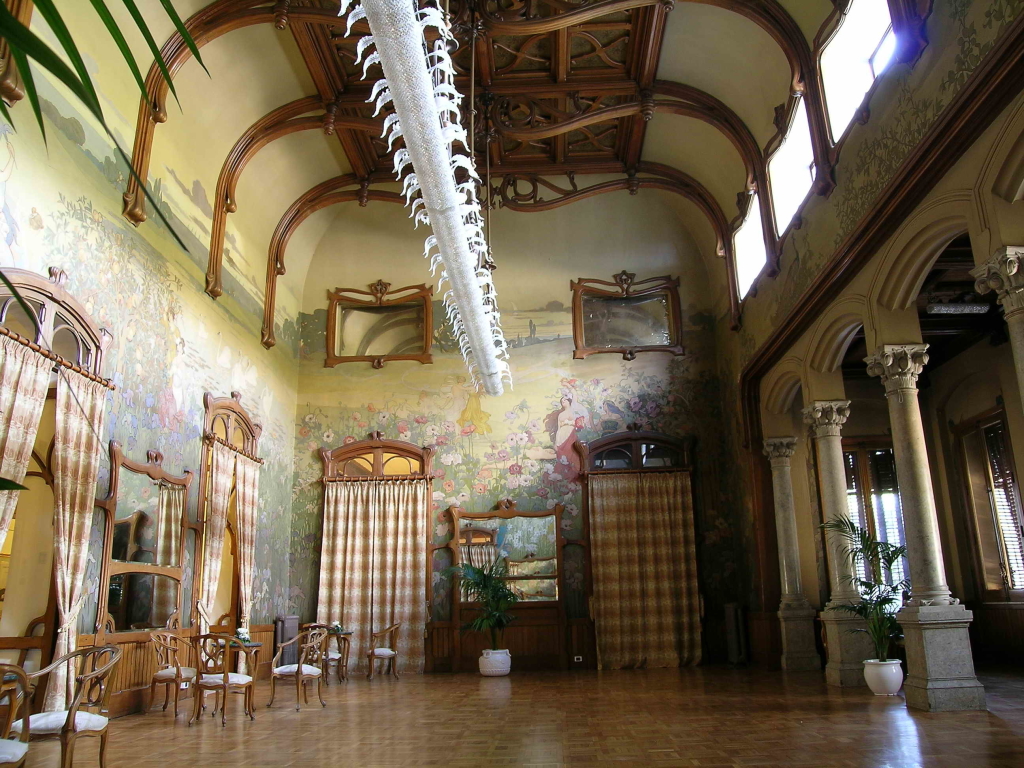 In Palermo, the capital of Liberty style in Sicily, this new fashion spread via a new entrepreneurial middle class, of which the Florio were the main representatives. They were able to revive Sicily and launch it economically and artistically worldwide. Villa Igiea, Villa Ida, Villino Florio all’Olivuzza, chiosco Ribaudo, private buildings such as the Utveggio Castle, Villino Basile, Villino Favaloro, are masterpieces by Basile. He designed every detail to make it consistent with the new Floral style and was in close relationship with other artists like Ettore De Maria Bergler, the Ducrot workshops for furniture and many other artists-artisans such as masons, foundry workers, goldsmiths, etc. Basile made flourish his artwork on facades, windows, floors, doors, wallpapers, furniture, tables (tablecloths, silverware, porcelain, etc.). Some of the main figures depicted were gardens of irises and calla lilies, young maidens as modern Botticelli Venuses, frames made out of branches and drooping clusters, elegant swans, majestic peacock tails, plants that recreated the pleasant impression of never leaving the garden. They gave a meaning to what it was living in harmony with nature even in a time so conditioned by the industrial revolution. 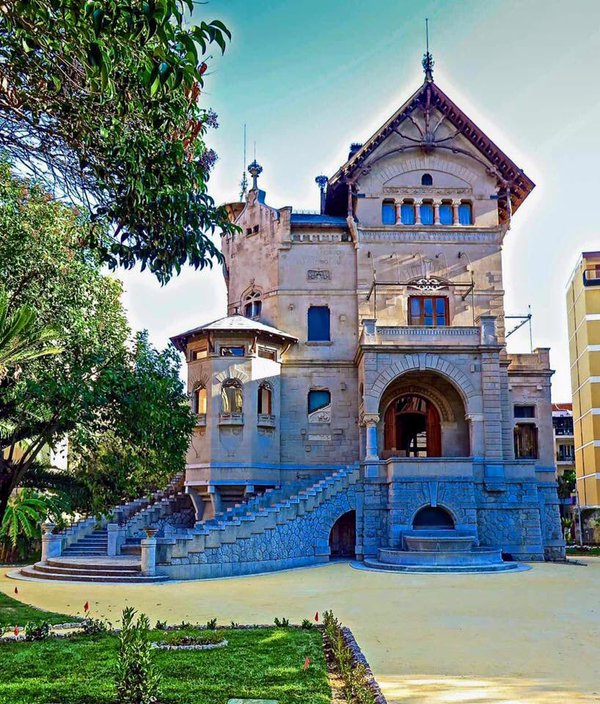 Villa Malfitano, wanted by the Whitaker family between 1886 and 1889 and designed by the neo-Renaissance architect Ignazio Greco, has an interesting “Summer” room that looks like a real garden and it is by Ettore De Maria Bergler.

We are in the Belle Epoque: walking through Notarbartolo street, Freedom street, the streets in the neighborhood Politeama or the ones in Mondello-Waldensian allows people to see solid and respectable wealth, well-being and optimism that swept Palermo in the early ‘900 making it the protagonist of the artistic and cultural phenomenon called Liberty. 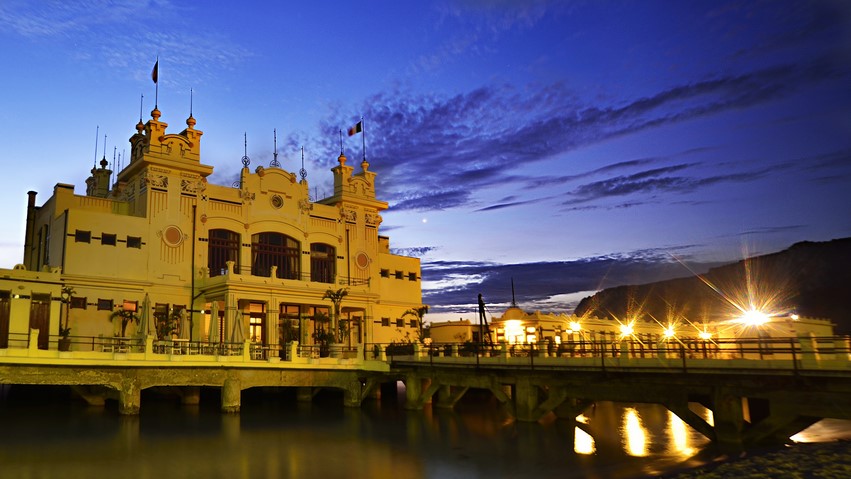 This phenomenon is spread all over Sicily.

In Favignana we find la Tonnara dei Florio, today a testimony of industrial archeology; in Trapani the Ferrante Palace, the Poste e Telegrafo Palace, and Villa Laura, while in Valderice there is the Molino Excelsior.

In Ispica we find the Bruno di Belmonte Palace, and the Piazzese Palace in Vittoria near Ragusa. In Vittoria you will find liberty style everywhere. And more: the Musso Palace in Pozzallo and the Militello Palace in Enna.

In Licata, near Agrigento, we will see liberty style in Villa Sapio, Villa Urso, Villa Verderame (today Bosa) and even in city buildings like Casa Re-Grillo, as well as in the Roberto Verderame Palace and the Vitello Palazzo. Villa Maria in Casteltermini, built around the 1800 and surrounded by a beautiful park, in the ‘900 has acquired a typical appearance of Liberty Style; the chapel, annexed to the villa, has a mixed style between liberty and Moorish.

In Catania, there were many decorators and craftsmen, however the Liberty style was also influenced by the architect Ernesto Basile: the Manganelli Palace was the scene for The Leopard by Luchino Visconti; the Sangiorgi Theatre is a complex building that also includes a cafe, a hotel and a restaurant. Again in Catania, you will find the Morano Palace, decorated with female masks and floral patterns; the Palace in the Duca di Camastra plaza, the Mansion in Carmelo Abate avenue and the Filangeri Shop. Villa Ardizzone by Carmelo Malerba Guerreri is in eclectic-liberty style. Lastly, the seductive Pink Palace (Palazzo Rosa), built by engineer Fabio Maiorana, father of the physicist Ettore. 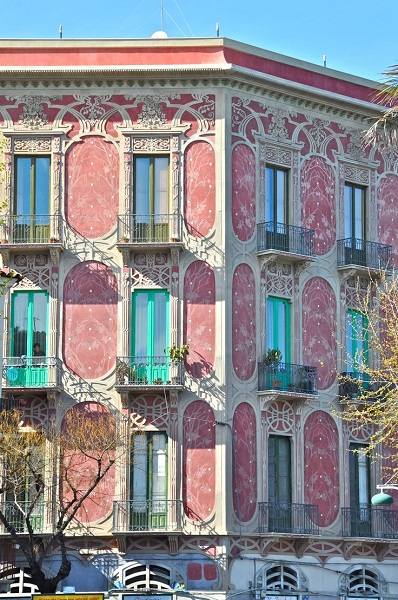 The beautiful station Taormina – Giardini is an impressive building in Liberty style of Palermo with a central body on two floor. The external facade is very beautiful: we can see two towers, a wrought iron canopy. In the inner rooms there are furniture in dark wood and decorated ceilings with frescos. 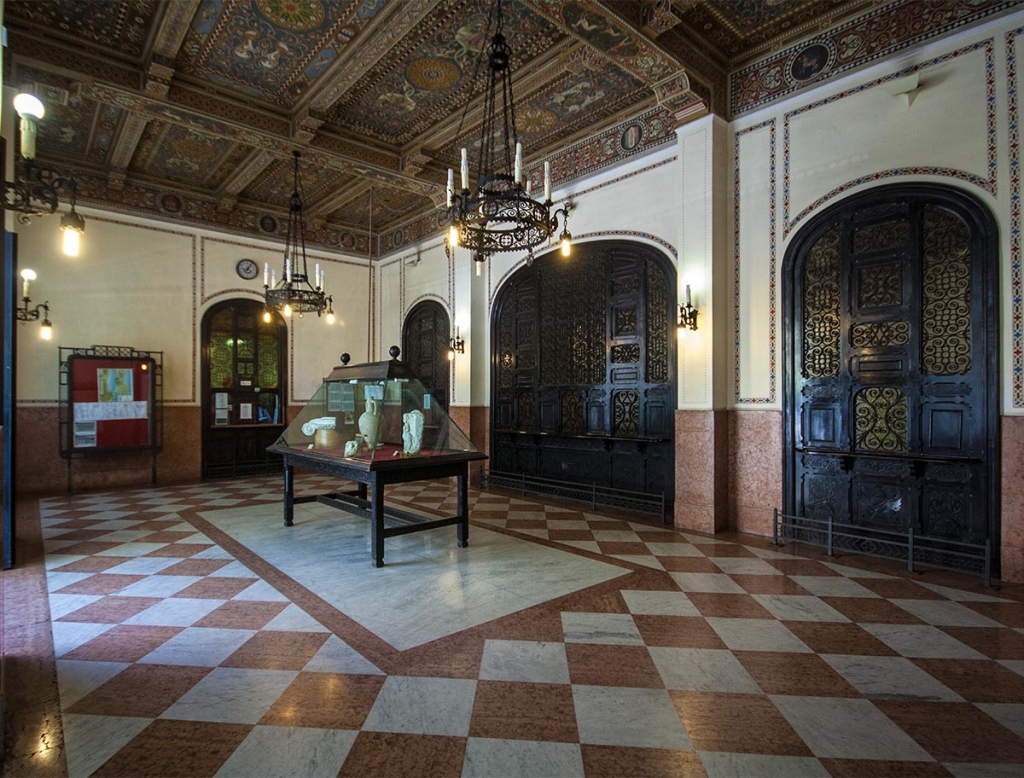 The Officine Elettroniche in Caltagirone, near the ancient monastery of Santa Chiara, is a 1907 building, were also designed by Ernesto Basile. The Town Hall has the back in Liberty style. The Poste e Telegrafi Palace, Casa Amico, the Magnolia Building, and Casa Quattro Stagioni di S. Fragapane are in Liberty style as well. And more: the Norman Church S. Giuliano, destroyed by the 1693 earthquake and rebuilt has the front in Liberty style.

In Messina, important names among architects, aside from Basile, are also Coppedè and Piacentini. Buildings in Liberty style are: Villa Garner realized by architect Santacaterina in 1903 in the typical Liberty style, Villa Martines or Villino delle Rondini is famous for the ceramics representing swallows that decorate the front facade. The Palace della Dogana, the Government House by C. Bazzani, the building of Banks and Savings by Ernesto Basile, the Monumental Cemetery and the Palace of Prefecture are again in Liberty style. In Milazzo, Villino Greco and Villa Vaccarino are in liberty style and are located in the ancient maritime neighborhood of Vaccarella.