The Route of Etna Castles is a history, art, natural beauties and traditions itinerary.
Its main attraction are ten castles around Mount Etna, the highest volcano in Europe.

From Castello Ursino in Catania, to the castles of  Motta Sant’Anastasia, Paternò, Adrano, Aci Castello, Calatabiano, Castiglione di Sicilia, Randazzo, Bronte and Maletto; big and small villages that tell us their medieval past.

It was built between 1239 and 1250 as per king Frederick II of Svevia will in a strategic place: a promontory overlooking the sea. The lava flow of 1669 covered the bastions and the bases of the Towers,  but most of all altered the coastline leading to the loss of the strategic position of the fortress. Today we can admire the interesting civic collections, including archaelogical section and art gallery, and important exhibitions of contemporary art. 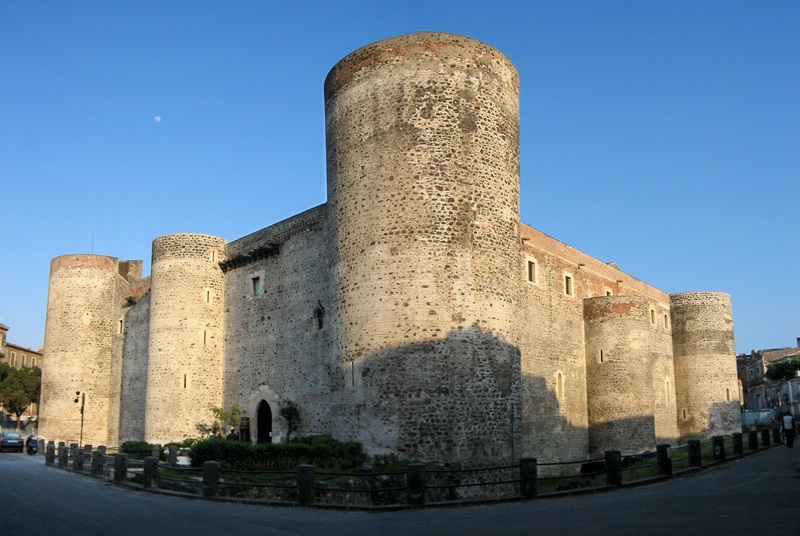 It was built between 1070 and 1074 on a basal promontory 65 meters high, probably over the ruins of an Arab tower. It is an historical and educational museum divided into three floors: the multimedia room on the ground floor, the arms room on the first floor and the joyfull room on the second floor. 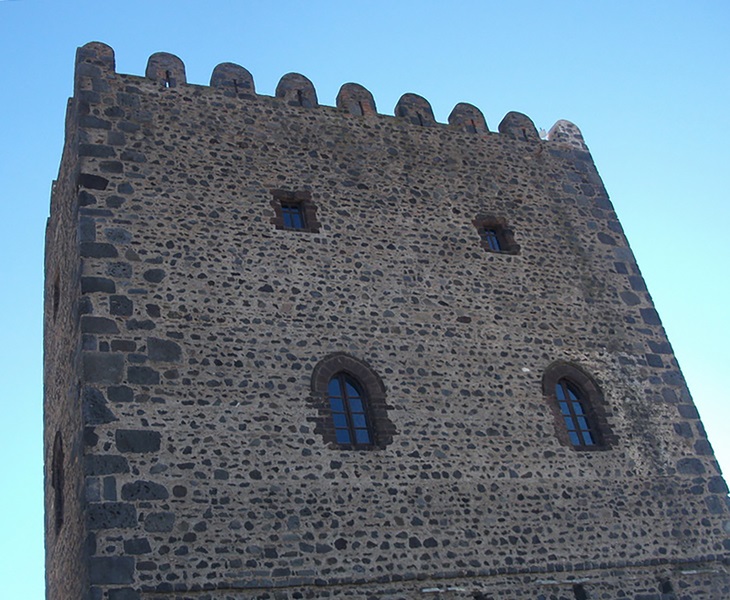 A detail of the Norman Castle of Motta Sant’Anastasia –  ph. IZI Travel

Built by Conte Ruggero D’Altavilla in 1072, it’s the largest of the three Towers of Simeto Valley. On the ground floor there is a chapel with the remains of mural paintings, on the first floor there is a big hall lighted by four mullioned windows in limestone and on the second floor  there is the Lodge, characterized by two mullioned Windows. 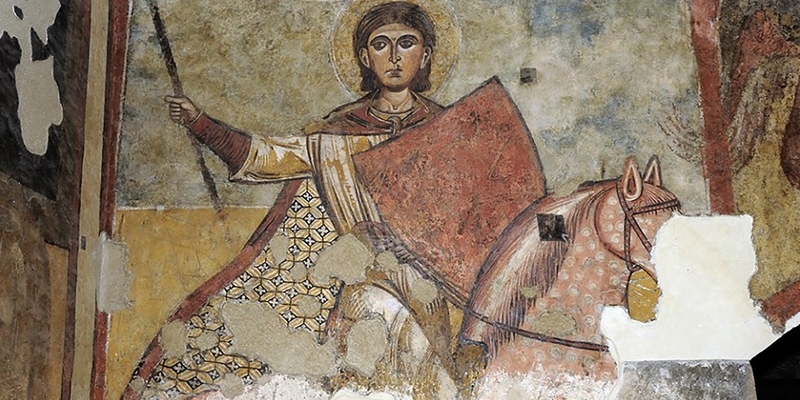 A detail of a mural painting in Paternò Norman Castle – ph. IZI Travel

It was built in the eleventh century on preexisting Greek and Roman fortifications. It is 33 meters high and it’s surrounded by bastioned walls with corner Towers. It was used also as a prison, that involved the readjustement of the salons in cells. Today it houses the archaelogical museum, a library and some historical and artistic collections. 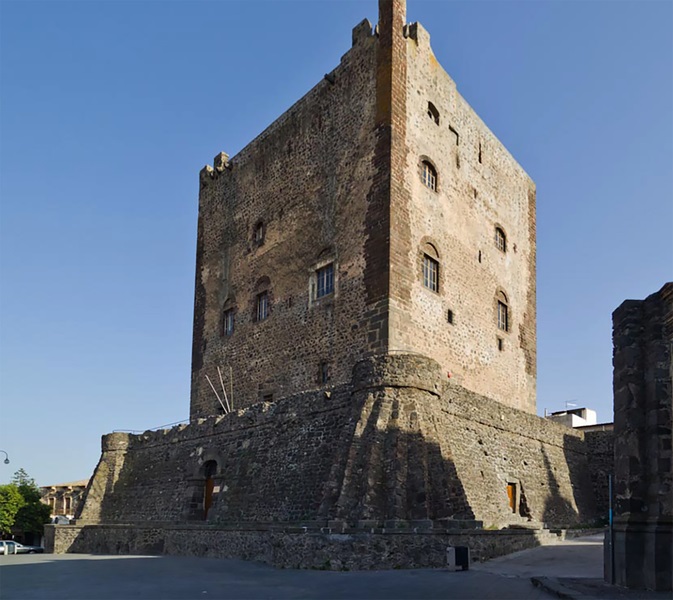 In the twelfth century the building was a benedectin abbey. The earthquake of 1693 destroyed it partially. After about two centuries it was donated to the English Admiral Horatio Nelson that gave it his name. Today, inside the castle you can visit its museum, the garden, the park and the ruines of the old abbey and the Church of Saint Mary of Maniace. 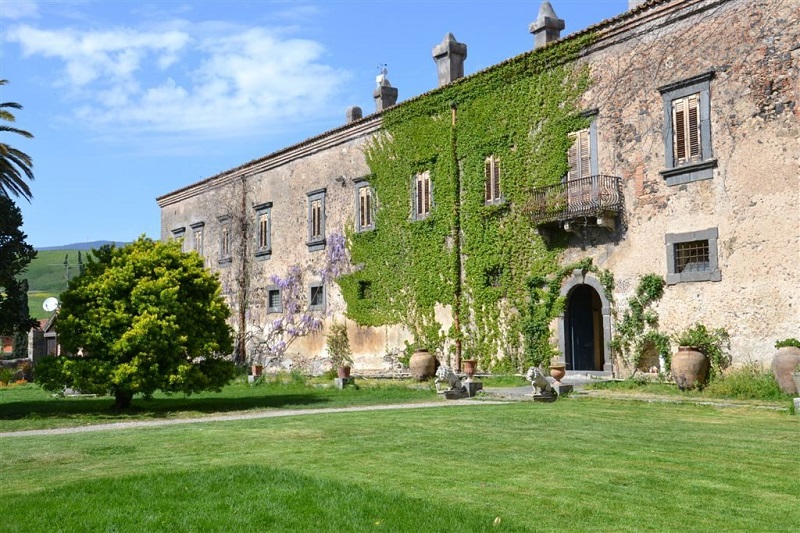 Entrance to the Nelson Castel Garden in Bronte – ph. buonastrada.eu

The castle was built on a ridge of sandstone rock, in 1263 by Count Manfredi Maletta. From the sixteenth century it lost its role of habitation. It was partially destroyed by the 1693 earthquake and then abandoned. From the top of the castle you can enjoy the view of an extraordinary panorama of the country, of Etna, Nebrodi and the valley below. 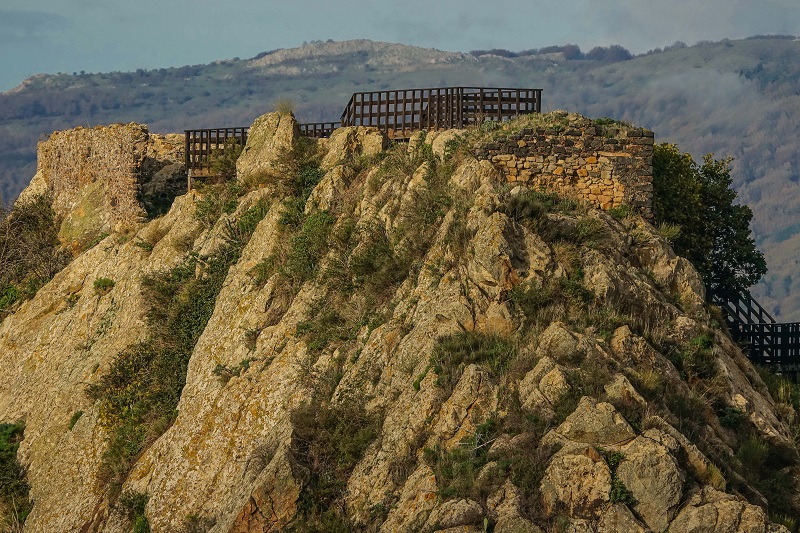 Last of the eight towers of the old walls of Randazzo it was named “il Maschio”, because of its importance in the defensive system. The “Executioner of Valdemone” in the thirteenth century changed  the undergrounds into torture chambers for prisoners and for those condemned to death. Today the Castle houses the archaeological collection Vagliasindi. 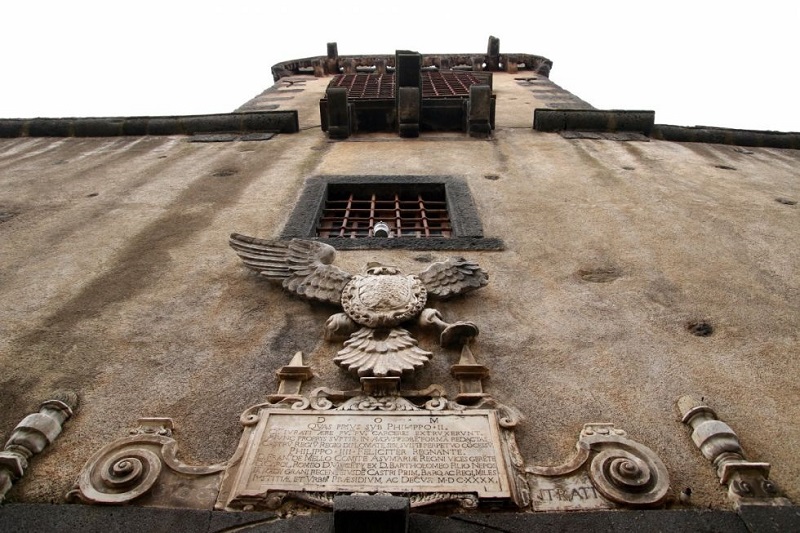 Facade of the Catello Svevo in Randazzo – ph. buonastrada.eu

The core of the building belongs to the Byzanthine period. Witness of the ancient site are several round stones thrown by catapults. In the highest part of the building is located the Solecchia: that area was probably the place where the coins were minted. Today the castle houses the Regional Winhouse where various typical Sicilian wines are exposed. 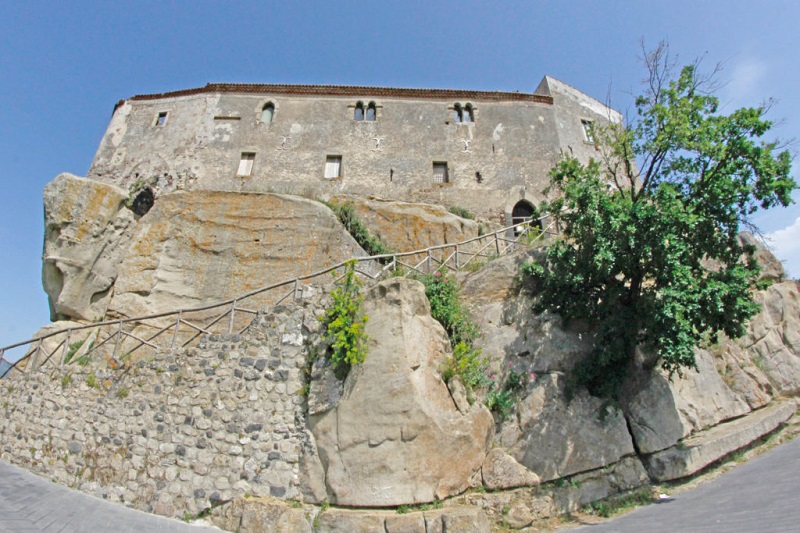 The majestic castle is located 200 meters between Etna and the Ionian Sea. The recent renovation gives an extra value to the place, where  you can also attend suggestive concerts and theatrical performances. One of the most valuable areas of the castle is the Cruyllas Hall, where – through the two Windows – you can have a wonderful view on Alcantara Valley. The inclined panoramic elevator, that reaches the top of the castle in two minutes and a half, allowing the visitors to simultaneously see the Etna, Taormina, the Alcantara’s Valley and the magnificent sea. 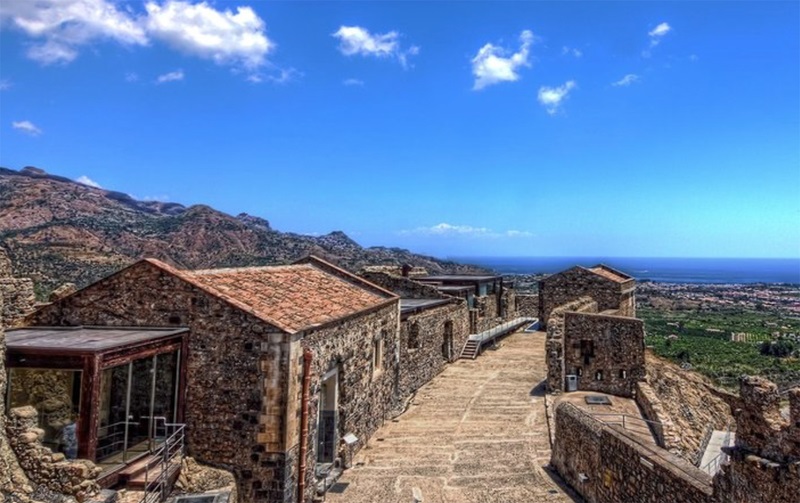 The castle, with a central square tower, stands on a headland of lava rock overlooking the sea. During the eruption of 1169 the lava connected the castel to the coast. The museum inside the Castle displays archaeological finds, expecially from the surrounding sea. One of its terraces also houses a botanical garden. 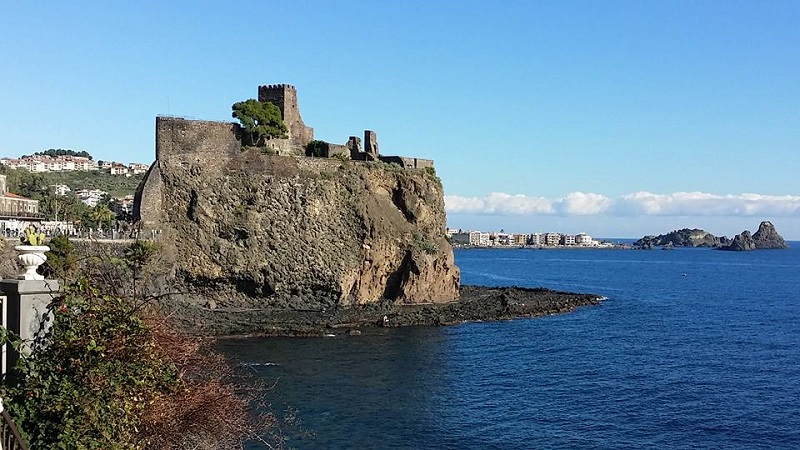 The Route of Etna Castles on buonastrada.eu e IZI Travel 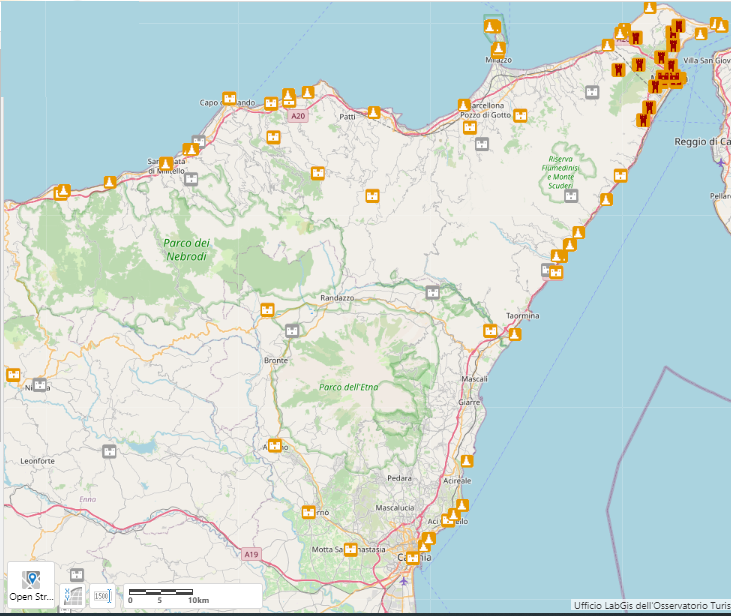