The Sicilian Baroque, our last heritage from the island’s nobility in gradual decline, gives us today a great impression that will last forever in our memories.

We see stone buildings in the sun, the light playing with sculpted surfaces, niches, and sinuous columns rising in the sky… The Sicilian Baroque is fusion between earth and sky: the white and the intense ocher of the churches and palaces, together with the blue background, create a unique and fascinating mix. Walking through the streets in Noto, Modica and Ragusa and getting face to face with the imposing and outlined shapes of the great Sicilian Baroque is an experience that cannot be explained in words: it must be experienced! 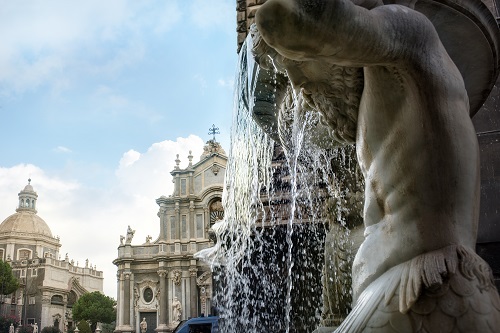 In this island full of treasures, the Baroque style is one of the most precious gems. It is surprising to know that all the amazing beauty in the area is the result of a catastrophe: the 1693 earthquake. The earthquake tore down Noto, and severely damaged Catania, Ragusa, Modica, Ispica and Militello killing more than 100,000 people and giving the start to an impressive work of reconstruction under the leadership of the Duke of Camastra; new cities were built, along with urban facilities and an extraordinary scenography, sumptuous palaces and churches. Where the earth had swallowed life, new life originated; new monsters, never seen again after the Romanesque, were depicted on the facades to remember what is hidden in the underworld of the earth. 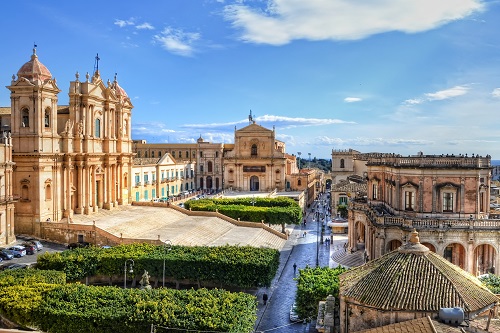 Today, the baroque style is too often limited solely to the beautiful Val di Noto, which characterizes the texture of the architectural styles in Sicily. In this corner of Sicily, one can fully appreciate the warmth and color of the sun that creates a chiaroscuro effect imprinted on the facades of the baroque buildings. In Noto, we will see the Cathedral, the church of San Domenico, the Church of St. Borromeo al Corso, and the Nicolaci di Villadorata palace; In Ragusa, the Church of St. Giorgio, the Zacco Palace, and the Cathedral of St. Giovanni Battista; In Catania, the Cathedral and the plaza dominated by the Bishop’s Palace, the Seminary of the Clerics, and the Palace of the Elephants; In Scicli, the Palazzo Benevento; In Modica, the Cathedral of St. Giorgio and its amazing staircase  (and to mention these timeless masterpieces the list goes on) is a clear example of Spanish domination in Sicily: passionate and strong, rigorous and rational, rhythmic and elusive, rich and full-bodied.

Putti (chubby nude children, sometimes winged), masks, and grotesque faces support elegant balconies on the palaces; geometric and line-mixed shapes are depicted on the curved facades of the churches; twisted columns rise up so gracefully and bell towers are like pieces of jewelry in the world. Not to mention the interior: mixed marble, moldings, frescoes, marble inlays, and sculptures decorate the naves of the cathedrals and the interiors of the palaces, while they invite the eye to linger on the precious details and discover new viewpoints.

Let’s go to Mazara del Vallo, near Trapani, and visit the Church of San Francesco: it’s a beautiful church built in Norman Arabic style in and and later turned into Baroque style. Let’s look at it in all of its shine thanks to a restauration started in 1977 to mend the damages of the earthquake of the Belice (1968). 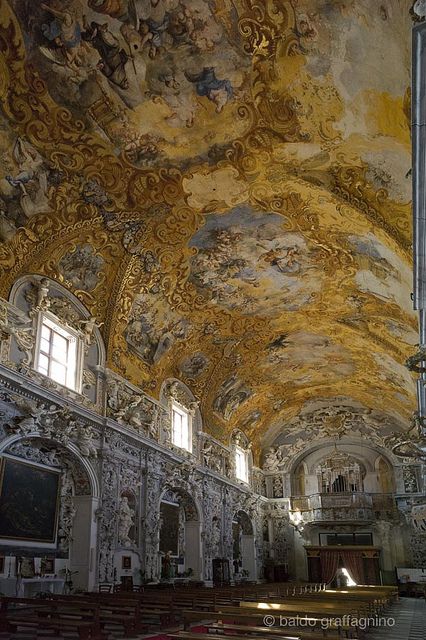 In Palermo, an authentic interpreter of the most refined and elegant baroque was undoubtedly Giacomo Serpotta. He was a sculptor and decorator who became famous for his moldings and developed the revolutionary technique of allustratura, that he also shared with his brother Giuseppe and his son Procopio. Among his works, the most valuable are: the Oratorio di Santa Cita and the Oratorio del Rosario, the Church of San Domenico and the Church of St. Francesco of Assisi.

The brothers Giuseppe and Giacomo Serpotta decorated the little Cappella Palatina (“Palace Chapel”) in Castello Ventimiglia (the castle in Castelbuono). 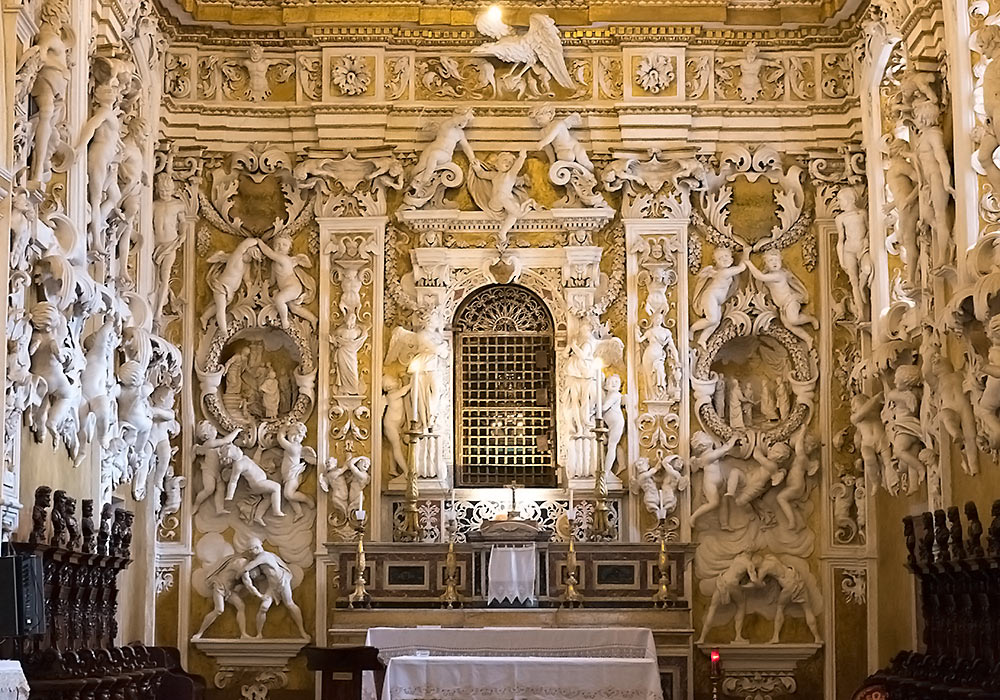