Sicily is the country of oranges, whose fragrance fills the air in springtime… (Guy de Maupassant)

Sicilian blood oranges, cultivated exclusively in the Piana di  Catania  and in some villages  in the area of Enna and Siracusa, are unique in the world for their taste and their nutritional value, so much so that they awarded PGI Mark by the European Union and are considered the ultimate healty fruit .

The proximity to the active Etna volcano, a particularly fertile soil and a dry climate with strong thermal excursions, create ideal growing conditions for this extraordinary fruit with its typical red pulp.

In fact, during wintertime, the contrast between Etna snows and the warm sun of the island, makes the thermal excursion reach its acme,  causing the growth of a red pigmentation in the fruits. Such pigment contains the anthocyanin, a substance with strong antioxidant and antineoplastic qualities that, together with the high level of vitamin C, makes our orange one of a kind, not comparable to any other production. 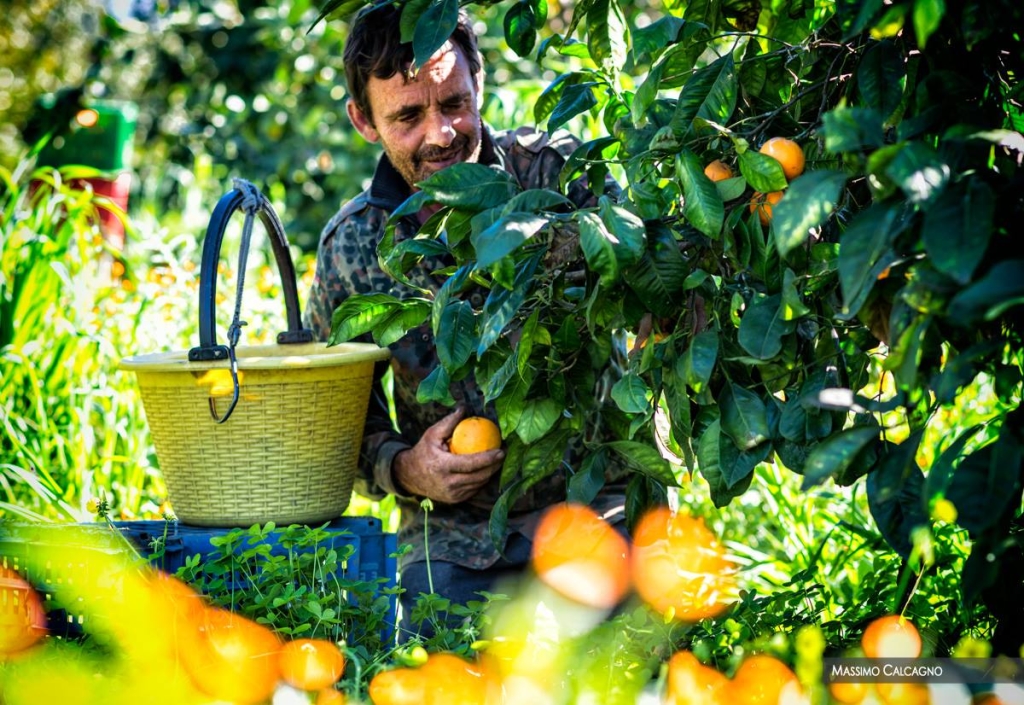 Let’s learn about the three varieties available on the market:

The Moro orange,  with its dark red pulp, has a slightly oval shape. It is a tasty table orange, good also for juice, rich in minerals and low-fat, with a high content of citric acid. It is the  very first blood orange to ripen and it is available on the market  from December to February.

The Tarocco is the most appreciated variety among all Sicilian red pulp oranges. This table fruit, considered the queen of oranges, is spherical, seedless and easy to peel. At the beginning of the production season its pulp is somewhat clearer, but, as the snow appears on Mount Etna, it becomes more and more red. It can be enjoyed from December to April.

The blood orange known as  sanguinello  or sanguigno is  also seedless and has a vinous red pulp. It is very juicy and it is recommended  for those who practice sports. It ripens in February, but is preserved on the plants until April and is often available until March. 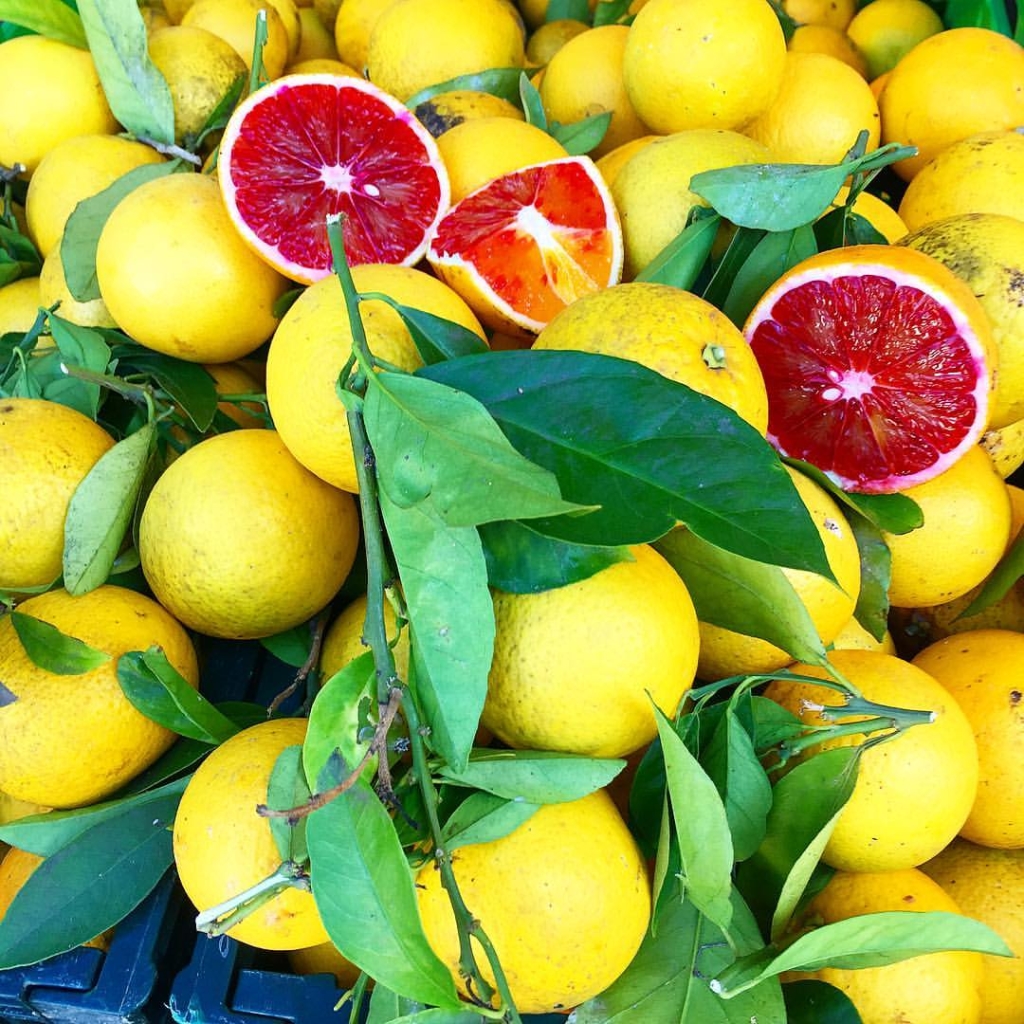 For ages citrus fruit has been used for pharmaceutical, cosmetic, decorative and gastronomic purposes, because of their fragrance, their scent and their multiple nutritive principles.

In ancient times, oranges were even supposed to have magic power: in the Middle Ages, for example, it was believed that citrus fruit could provide an antidote for snakebite poisoning or even the elixir of life.

Every year,  during  the last week of February, when orange production reaches its top,  in Palagonia,  a small town of Catania area, the Blood Orange Festival takes place: throughout the streets of the city center you can taste yummy citrus dishes, and try the delicious  juice of this special fruit considered the red gold of Sicily. 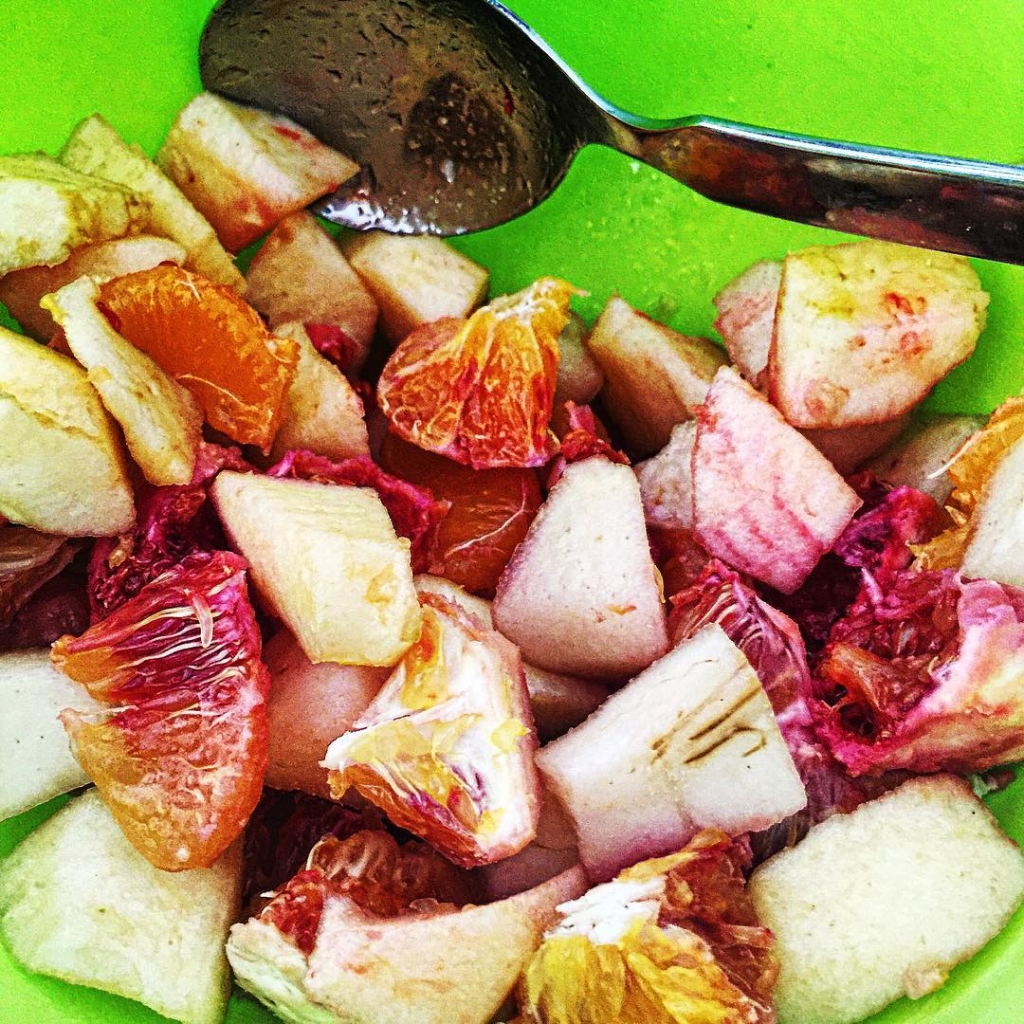 And finally, here are some recipes for easy and healthy dishes, from salads to desserts, that you can easily try: http://www.arancerossedisicilia.it/gastronomia-eng.html