The air is thin, the balconies are full of flowers and there is silence…

At each step a surprise, here a mullioned window in the Palace Averna, there a courtyard with an ancient bench and a jar covered with climbing jasmine.

Here life is told by the houses and by the stories of people who live there.

It is likely, according to historians, that Petralia Soprana (Palermo) is the heir of the ancient Petra, founded by the Sicani delle Madonie. Conquered by the Arabs, it was called Batraliah – from Batra, “stone” and liah, “high”. The Normans renamed it Petra Heliae – stone of Elijah – to honor the Prophet.

You are in the heart of the Madonie and you’re on a natural balcony from wiche you can see Mount Etna in all its glory.

There are three viewpoints: one is on Loreto – u castru – from which the view is on the Etna, Enna, Caltanissetta and the valley of the river Imera, onother one  is on Carmine – u carmines – from which you see the western Sicily towards Palermo and the last one is  in Piazza Duomo oriented towards east, looking at Gangi and embracing Mount Etna in the background.

Next to u castru, on the upper part of the village, there is the probable venue for the ancient fortification built first by the Sicani and then by the Romans, named Piazza Loreto. In Piazza Loreto, you can see the symmetrical façade and the majolica spiers of the Church of Santa Maria di Loreto, aggregated to the most famous sanctuary of Santa Maria di Loreto in “Le Marche”, rebuilt with a Greek cross plan in late baroque style. Inside the church, you will be impressed by the beautiful marble altar by Giandomenico Gagini (from the seventeenth century, depicting four episodes of the life of Jesus) along with the sixteenth-century wooden sculptures of Saints Cosmas and Damian and the two statues of saints attributed to Filippo Quattrocchi di Gangi. 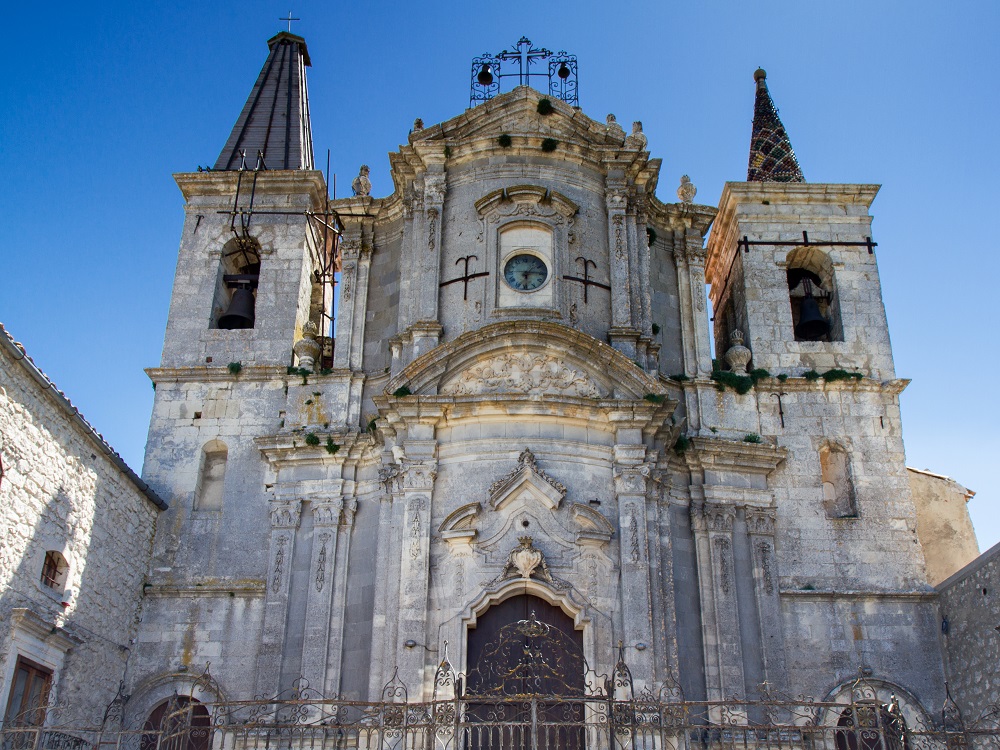 From Piazza San Michele, which has a central circular fountain named after the seventeenth-century church dedicated to the saint, we arrive to Piazza del Popolo. In the plaza, you will see the neo-Gothic town hall, formerly a convent of the Carmelites; then the two Pottino Palaces of the Marquis di Eschifaldo. One of them is now publicly owned; it hosts temporary exhibitions and the magnificent Enchanted Nativity at Christmas time. The other one, owned by the heirs Pottino, has a main floor with beautiful nineteenth-century living rooms that can be visited as a “historic house museum”. They display antique furniture including the precious tableware used by Prince Umberto II of Piedmont.

Walking along the street Generale Medici, we will arrive to a small square, dedicated to the Friar Umile Pintorno da Petralia, a Capuchin who is the author of 33 carved wooden crucifixes spread in the south of Italy and abroad. He started this activity in 1623 , year of the Black Death in Sicily .

In the adjacent plaza Ruggero VII, there is the Oratory of the Souls in Purgatory (Oratorio delle Anime Purganti), with a big belfry. Next to the Oratory, in Piazza dei Quattro Cannoli, there is the Baroque fountain in Billiemi marble, the only source of water of the village up to the eighteenth century.

In Piazza Duomo, we see the spectacular architectural theater overlooked by the Cathedral dedicated to the Apostles Peter and Paul: a colonnade and two bell towers, one of them from Norman times with an Arabic style window, and the other from the eighteenth-century. On the facade, there is a wooden entrance door with Gothic-Catalan carved panels and, inside, three naves supported by twelve pillars representing the Apostles. In the right aisle, the canvas Deposition of Christ from the cross, ascribed to Josepe de Ribera called Lo Spagnoletto, Our Lady of the Angels by Gaspare Vazzano told The lame man of Gangi and  the first crucifix made by Brother Umile da Petralia (1623), where the characteristics of his style are already visible: the size of the Christ and the extreme realism of his traits and gestures, such as the ajar mouth from which you can see the tongue and teeth; the deep wound on his side that reveals the entrails; the wide crown of thorns, that pierced Jesus’s brow, and an expression of suffering with which the author identifies himself, as he had problems in his left eye. 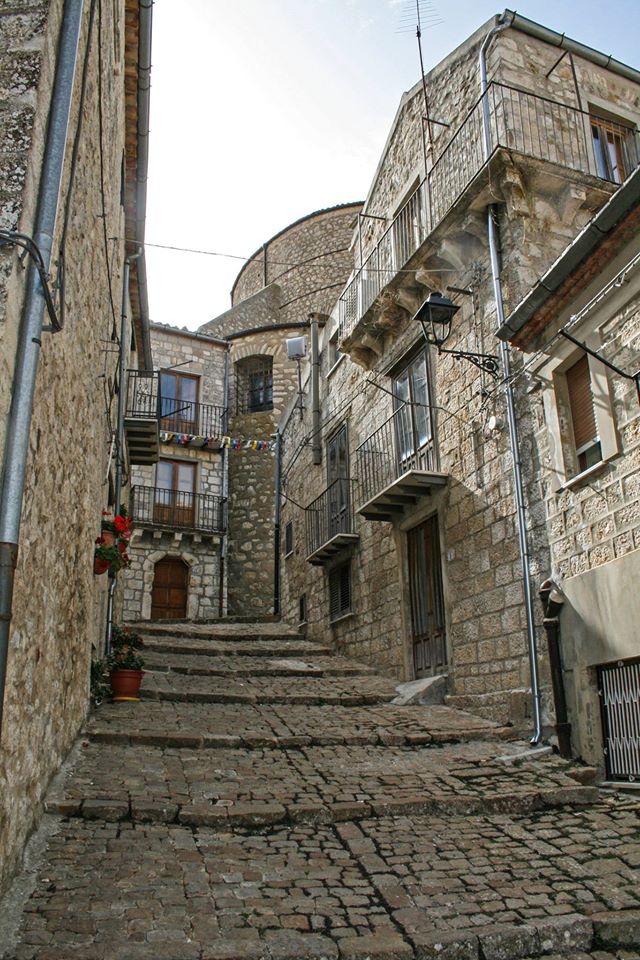 Let’s continue our tour with the Church of Salvatore: the only one in the Madonie with an elliptical plan, which, according to some, corresponds to that of the mosque, on which the Christian church was rebuilt by the Normans and consecrated. The church was enlarged in the second half of the eighteenth-century and it preserves interesting paintings and sculptures, including St. Joseph by the sculptor Filippo Quattrocchi.

Opposite the Norman Gate Seriy, the last of the six ancient entrances to the old town, there is the Church of San Teodoro. The current layout of the building dates back to 1759 but the bell tower is the transformation of one of the towers of the old medieval city walls of the historic center. Inside it has an interesting medieval sarcophagus.

Not far from the center, there is the Convent dei Frati Minori Riformati, built with the annexed church in 1611 by the will of some noblewomen. Friar Umile da Petralia spent the first years of novitiate in this convent. The magnificent façade of the church with its floral ornaments and bas-reliefs, recalls the exuberant decorative style of the Spanish Churrigueresque.

Nearby, you will find the eighteenth-century Villa Sgadari, one of the most beautiful baroque villas in Madonie. Inside an exhibition of carts and Sicilian puppets.

Walking around the village you should notice the different valuable palaces, such as, in Piazza Quattro Cannoli, Palazzo Pottino Marchesi di Irosa and Palazzo Vigneri, and in Piazza San Michele Palazzo Sabatini-Salvia. 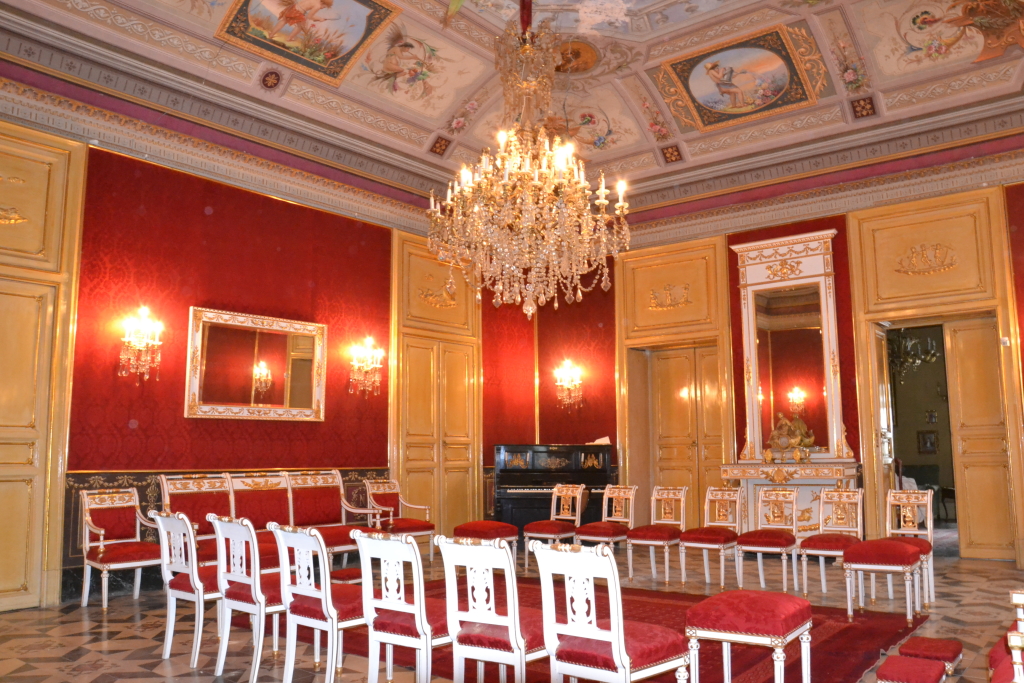 The whole village is a maze of alleys surrounded by typical terraced houses: among them also Vittorio Cerami’s home, the Painter from Petralia, a survivor of the naval Battle of Cape Matapan during the Second World War. The house still preserves his paintings and his letters from the war front.

Near the neighborhood Raffo, a large salt mine (miniera di salgemma) is still used for the production of the famous “salt of Sicily”.  Inside you can visit the Salt Museum with a collection of salt sculptures created by artists from Worldwide. 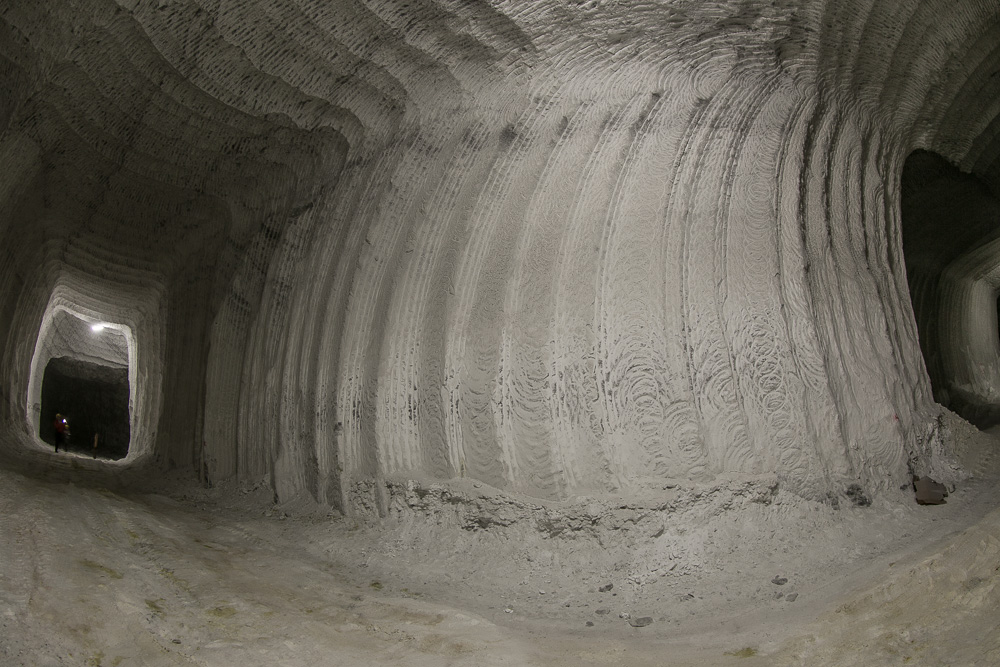 Not far from the village, in the hamlet of the same name, there is the Church of the Trinity, which preserves a baptismal font of the eighteenth-century.

In the village bread making is done with durum wheat semolina and in some places loaves leavened with “criscenti” (home made raised dough) are still baked in
wood ovens.

Here you can also find many dairy products such as provolone,  steamed stretched cow’s cheese and goat cheese with lactic acid fermentation (French style) or made from raw milk with various agings.