This fine almond paste with bright colours is an expression of great gastronomic creativity that perfectly imitates fruit and vegetables.

Arranged in wicker baskets or wooden crates, it cheers up the windows of all Sicilian pastry shops during the Day of the Dead on 2 November, but it is easy to find all year round.

We can be sure thatMartorana fruit was definitely invented by the nuns of the Monastery of the same name, founded in Palermo by the noblewoman Eloisa Martorana, but the history of these small works of culinary art is linked to numerous legends.

It is said that in the Late Middle Ages, the nuns received an illustrious visit from the Archbishop (or Emperor Charles V in 1535, according to another version). It was the beginning of November and, to make up for the lack of fruits that usually grew in the Monastery’s lush garden, the nuns had the idea of preparing desserts to offer their guest. They merrily decorated the trees of the famous garden with these gifts sculpted in the shape of fruit. The result was so surprising that since then, this fruit became the Monastery’s dessert par excellence, so much so that it took its name.

Legends aside, 500 years after its invention, Martorana fruit is still part of the Sicilian confectionery tradition, managing not only to delight palates but also to spark the imagination. 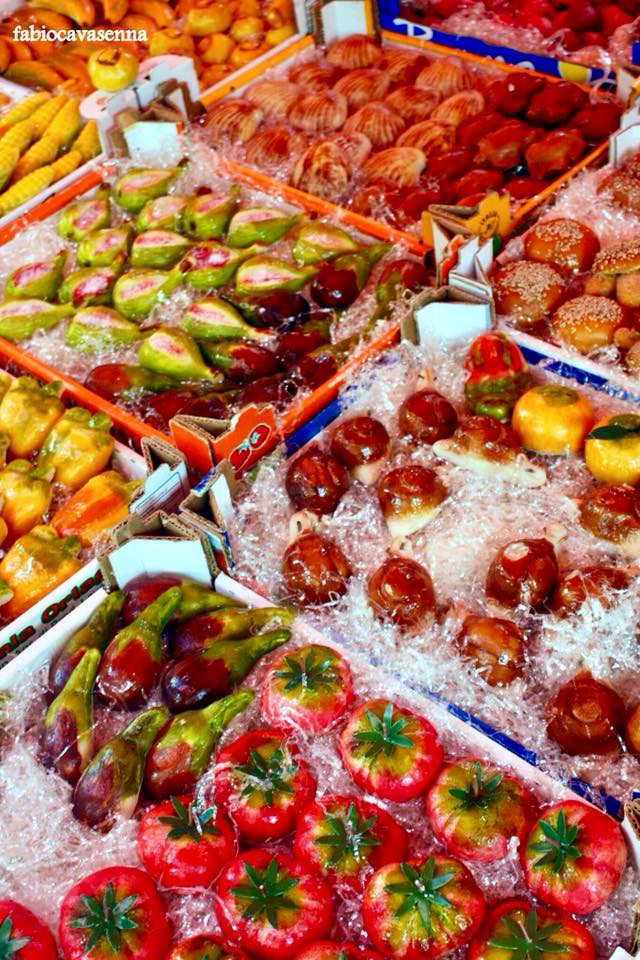