Its name is after the celery, which grows flourishing in the ancient city and whose leaves are found on a panther head on the local coin of the sixth century BC, one of the very first minted in Sicily:

This is Selinunte! in ancient time rich and densly popolate, today included in the largest European archeological park , which extends for 270 hectares, with two main entrances, with its acropoli, necropoli and three hills. 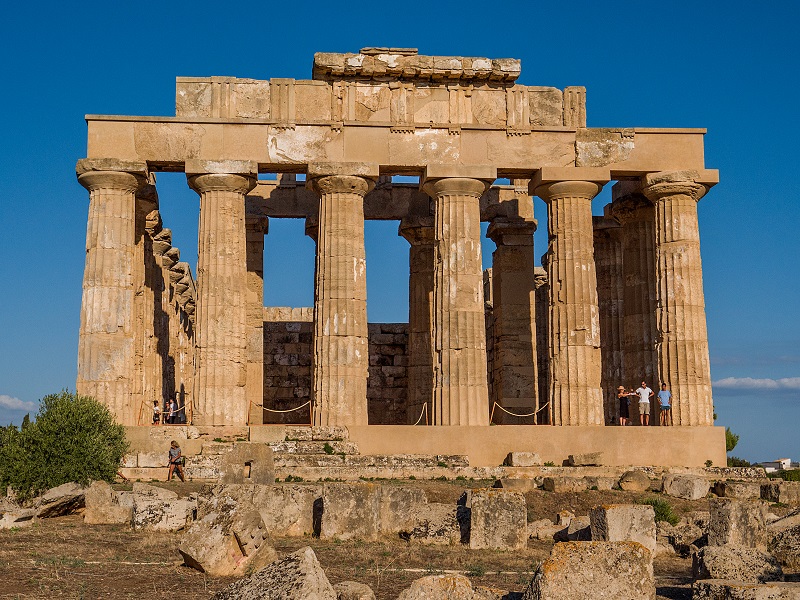 The temples included in this large area are the best evidences of the doric architecture, marked for its simpleness, record of proportions and amazing metope where are sculptured universal scenes, as Perseo killing Medusa.

Another embleme of Selinunte culture is the bronze Efebo, kept at Castelvetrano museum. But also the urban planning and the artistic heritage votive and funerary.

Do not miss the seaside resorts, the natural reserve of Foce del Belice, where you might see the turtle Caretta Caretta and the “fish enchantment”, a traditional auction, in via Scalo di Bruca, starting from 7 in the morning, where fishermen sell what fished during the night.

Learn more about our itinerary From Segesta to Selinunte