Easter in Sicily is a widely spread and important, religious event: all over the island, in large towns as well as in tiny villages , many quite impressive processions and  religious plays, recalling  the passion of Christ, take place along the streets.

But the most evocative Easter celebrations are the Good Friday processions with their spectacular dramatization of  the Passion events: a combination of pain, sense of sacredness and folklore showing the most authentic Sicily.

The procession of the Mysteries occurs in Trapani during Good Friday and lasts 24 hours ; for over 400 years, this procession has represented the passion and death of Christ through 20 sculptures kept in the Church delle Anime del Purgatorio: they are carried in procession from the religious corporations along the main streets.

Each statue represents one of the stations of the cross after whom it is named. The technique used to create these statues makes them unique: a wooden skeleton mingled with cloth and glue. Their clothes, made up with fabrics, are modeled according to a typical local technique known as carchèt. 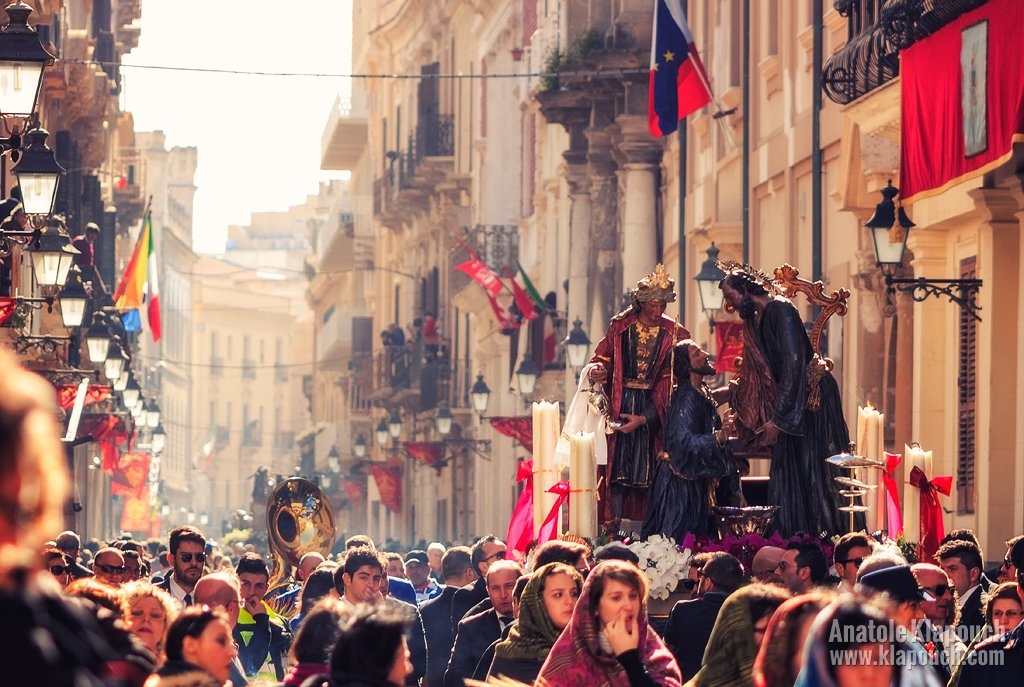 Very special is the Holy week of Caltanissetta. The whole city is involved in the event composed of 16 Sacred groups, called Vare, and works by some Neapolitan sculptors from the nineteenth century. Each statue, enlightened and decorated with flowers, is followed in  procession by thousands of devotees, torch bearers, and a marching band. On Good Friday the city attends to the procession of the Black Christ, a small XVth century wooden crucifix, greately revered by the locals. 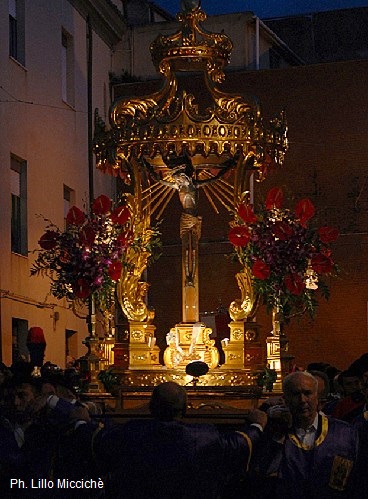 The procession of the Black Christ in Caltanissetta – ph Lillo Miccichè

The Holy Week in Enna is among the most beautiful in the world: every detail is perfectly studied. From Palm Sunday until Wednesday, confraternities go in procession to the Duomo for their adoration. The pinnacle of the celebrations is the  Good Friday procession leaded by the 15 Confraternities carrying the statues of Our Lady of Sorrows and of the Dead Christ, followed by the band and the local authorities.
The touching partecipation of people and devotees, the sound of slow steps, the silent, respectful composure, make the atmosphere loaded with pathos. 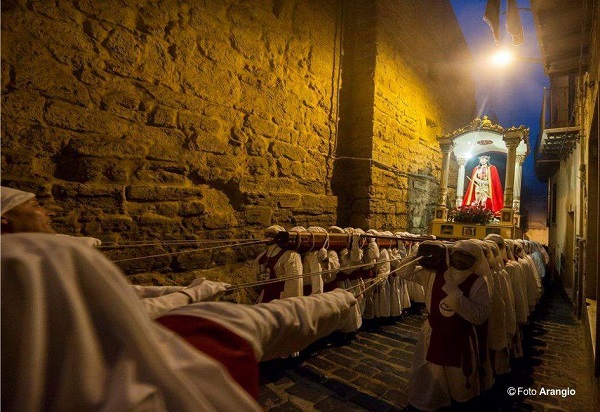 In Pietraperzia (Enna) he Confraternity of Maria SS. Del Soccorso for ages has organized the Good Friday procession known as “lu Signuri di li fasci” “our Lord of the bands”.  All along the city streets, 80 men bear the vara on their shoulders together with the 8.51 mt high Crucifix  at whose feet 200 white linen bands are tied. . 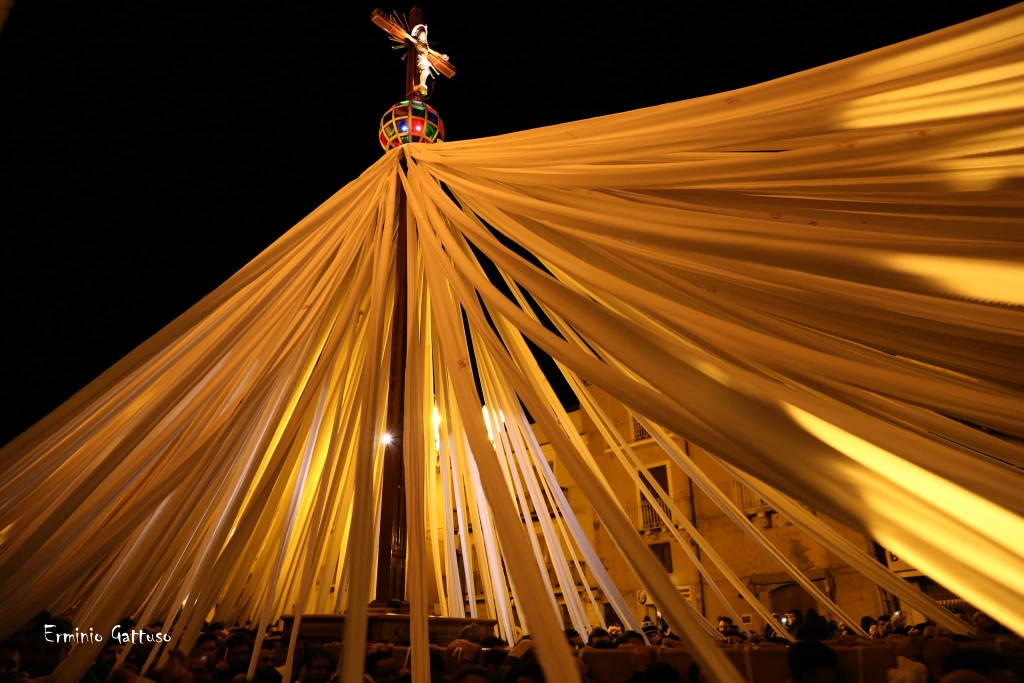 The procession represents for the local inhabitants, the most important moment of the religious life of the community, that renews this ritual in the belief of perpetuating an ancient tradition of faith and popular piety. Their desire is to hand down this tradition to future generations, as an inherited patrimony.