Sicilian carts are a symbol of Sicilian tradition and folklore. Known all over the world, their origin dated around the the 8th century. The carts were built by skilled craftsmen called “carradori” (coachbuilders) and were once usedto deliver any kind of goods.

Different kinds of craftsmen took part in the construction of the cart, starting from “u firraru” (blacksmith), which manufactured  all the iron parts, “u siddaru”,  who saddled and adorned the horses with bows, ribbons, bells, decorated harnesses, golden  nails and plumes (usually red and yellow as a reference to the Sicilian flag colors). 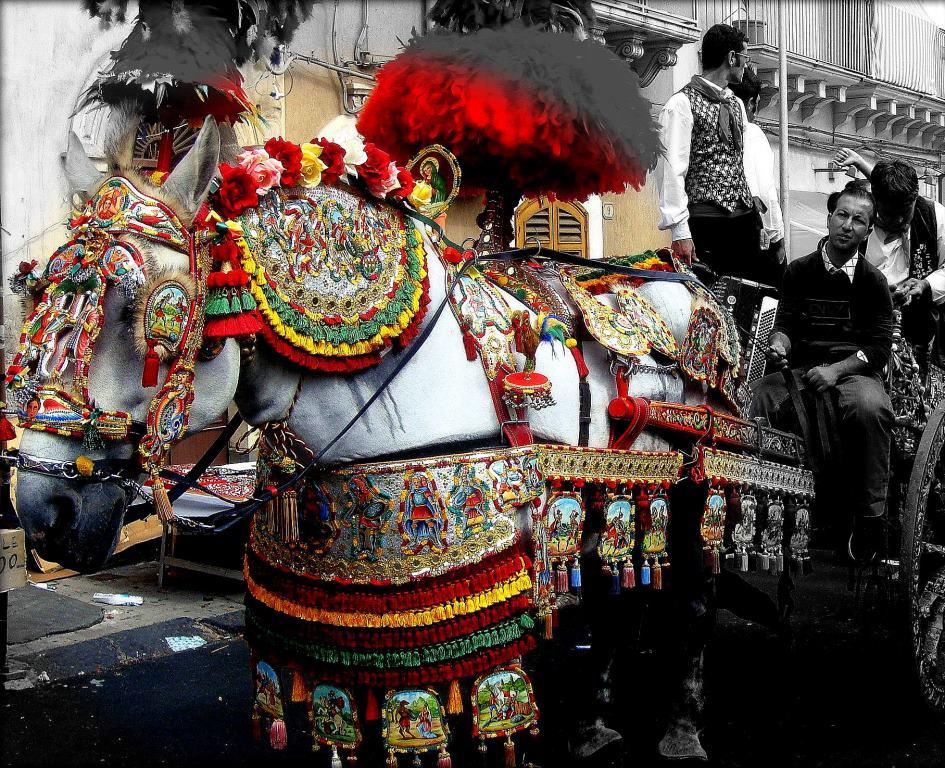 Finally there were “u ferrascecchi” (blacksmith), who looked after shoeing the horse and the carvers, who took care of the sides of the cart, decorating them with rich paintings and engravings as elaborate as the owner’s importance.

The colorful decorations represent different features: from the sacred images of the Virgin Mary or the Saints , to episodes of chivalric novels, from folk epic scenes of everyday life to historical events. These wonderful examples of the popular culture of the Island can be admired especially during the folk festival parades. The feast of S. Alfio, in Trecastagni (Catania) is one of the best known.