It is said among inhabitants of Bagheria for a feeble rivality with inhabitant of Palermo and Casteldaccia. In Bagheria, famous for its villas, we can taste the three variants of this goodness. Differences among these ones are several, the “Sfincione Bagherese” is not covered by tomato sauce like the palermitan one, it’s thicker, with a very thin first layer above the dough, which is immersed in sardines melted in olive oil and then cut in little slices. The Casteldaccia’s Sfincione is rectangular.

Here we talk about sfincione of Bagheria one. Bagheria, in the nearby of Palermo, is the seat of this special dish. The term “sfincione” comes from the latin “spongia” ( in english sponge), in fact the dough rises as long as it becomes soft and thick. According to the tradition it must be prepared in Christmas time in order to celebrate the most important moments of the year but really we can find it troughout the year. Its particularity is the white color thanks to the total absent of tomato sauce. There are two versions: the first with the tipical sicilian cheese primosale or the second in addition of ricotta (dairy product of the sicilian tradition). 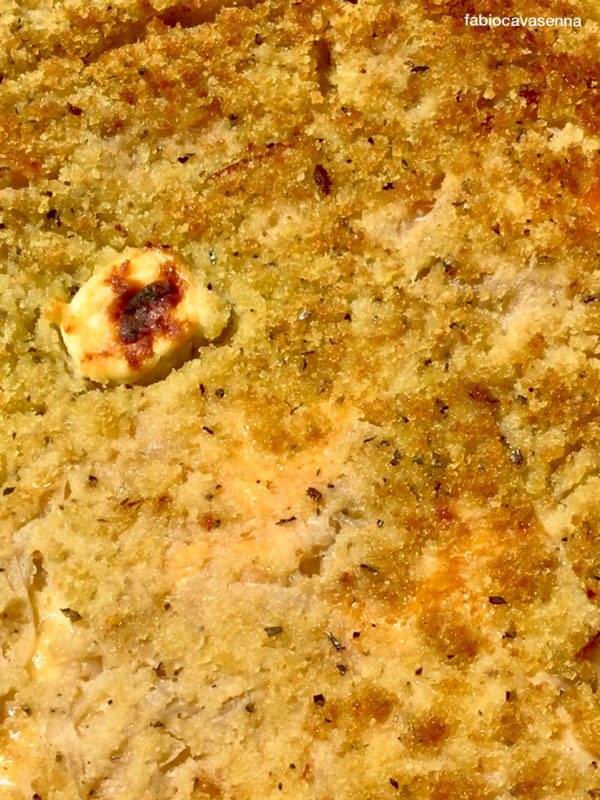 Ingredients:
500g of durum wheat flour
500g of zero flour
500g of warm water
20g of beer yeast
A spoon of sugar
1/2 glass of oil
20g of salt
6 white medium onion
250g of breadcrumbs
100g of caciocavallo cheese
350g of primosale cheese
1 kg of ricotta
Salted sardines fishbone less
Pepper
Oregano
Method:
Sift flours in the pastry board and add the yeast with sugar. Add less warm water, knead with fists as long as the mixture becomes uniform. Add few doses of salt with warm water. Knead with oil and roll the dough over as long as it becomes soft. Now it rises. Set the dough in a oiled bowl and make some marks and cover with a film, putting it in a warm place covered by a wool cloth (for about 2 hours ), it will duplicate its volume. Meanwhile we cut thinly onions, to make it softer with oil and water. It’s important that the onion is stewed and not fried. After you have cooked it, filter it from oil. In the same oil toast breadcrums as long as it brownes. Cut primosale cheese in slices and mix cold breadcrumbs with caciocavallo cheese, with some pepper and some oregano. When the dough is ready divide it in two egual parts and we set it in oiled baking trays. Pour a little oil in the dough and you obtain two portions of 2/3 cms thick. Then warm up in owen at 200 degrees. Cut sardines and immerse them in the dough. Spread primo sale and ricotta on the surface, add onions and cover it with breadcrumbs. 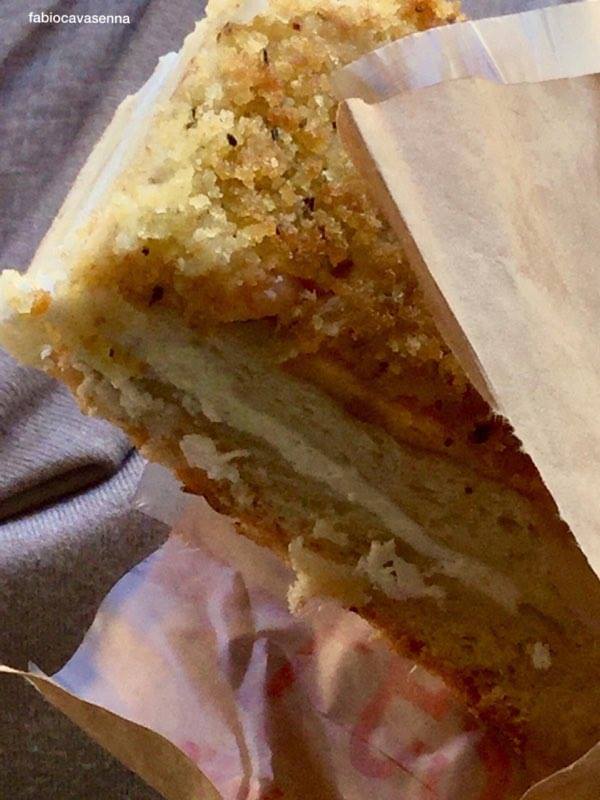