Among all stairways you have ever seen, this is definitely one of the most unusual. You have probably already realized that this is not a real ladder, but a spectacular stretch of coast that thanks to its peculiarity has become an icon of the Sicilian seaside tourism.

This white cliff is located along the stretch of the sea between Realmonte and Porto Empedocle (Agrigento) and its rock is made of a soft, limestone and blinding white marl. Nature, as a great artist, has worked this material over time, making it soft and sinuous, with the help of the sea and the salty breeze, creating terraces and smoothing every corner. When you ascend the staircase, you will have the feeling of being in Wonderland, on a huge white meringue. The sea, taking advantage of this sparkling white, will be showing off his blue.  A very intense blue, and while sitting on the steps admiring the sea, you will be surrounded by the most pleasant thoughts. Local boys have often diving competition, jumping from the most prominent steps; we would not recommend imitating them but looking at them is a real show. 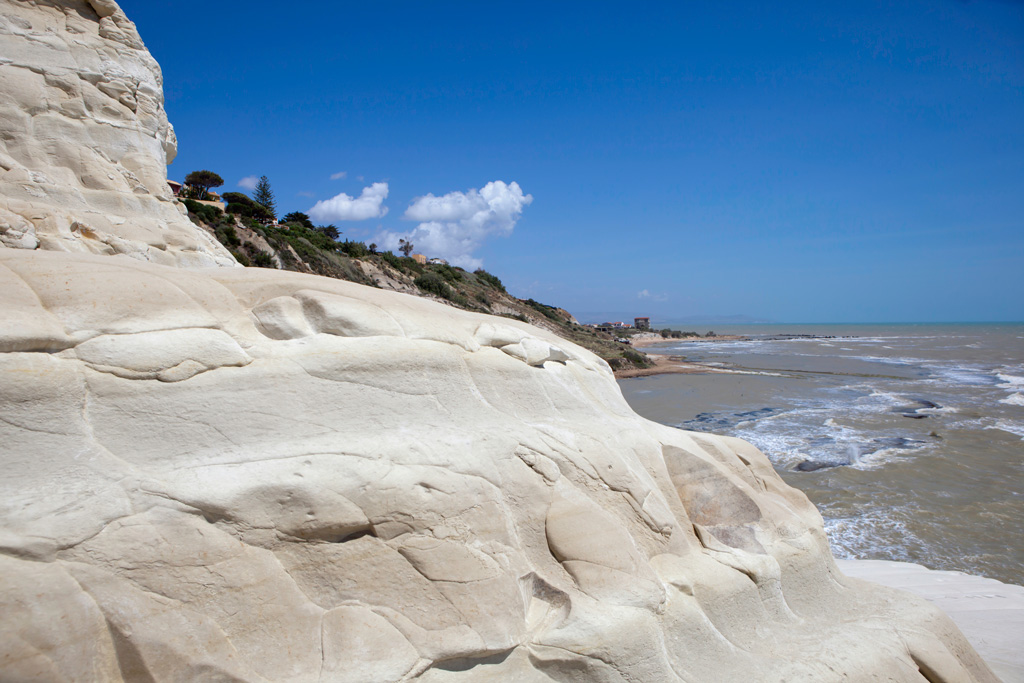 Here the sun becomes dazzling, but you will be able to climb barefoot or in your slippers, you’ll just have to be careful not to slip, especially on wet rocks.  For the more adventurouswill be possible to reach through the stairway the beach to the west and they will be rewarded with a less frequented place for diving.

The name Scale of the Turks seems to derive from the fact that in ancient times the ships of marauding Arabs and Turks found shelter in this bay. 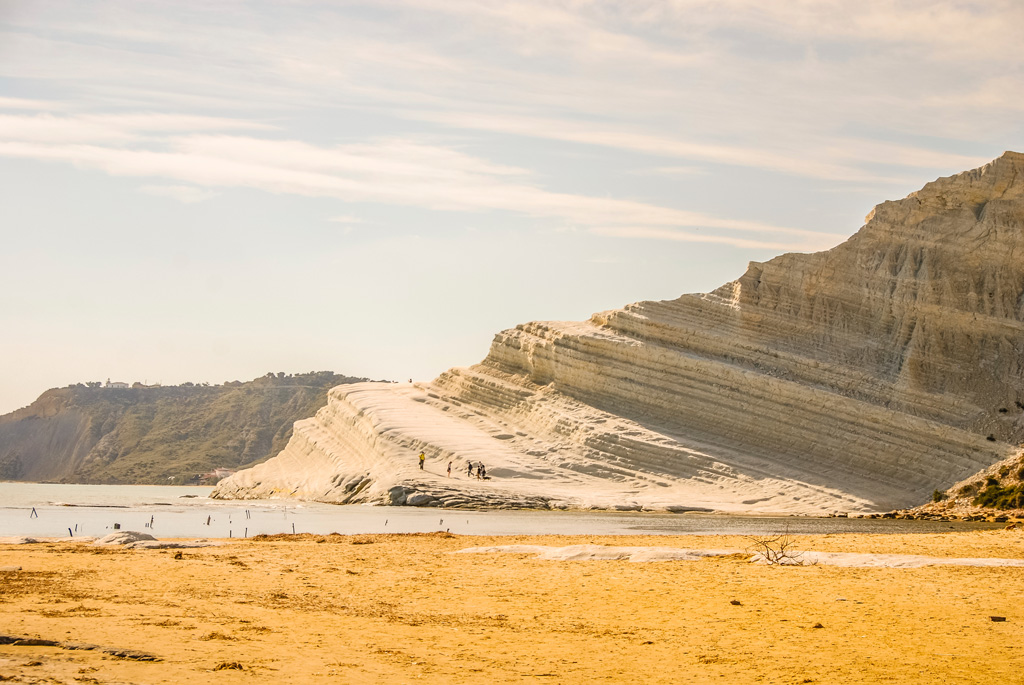 Getting there: You can reach the Scala from the SS 115 and then the main road n.68 from both east crossing Realmonte and from west across Porto Empedocle. Bus: from Porto Empedocle during summer you will find a city service to reach the Scala. Parking: Pay and display parking is available, it is better go early in busy periods. Equipped Beaches: Along the beach near the Scala there are two well-equipped facilities for dining and bathing. 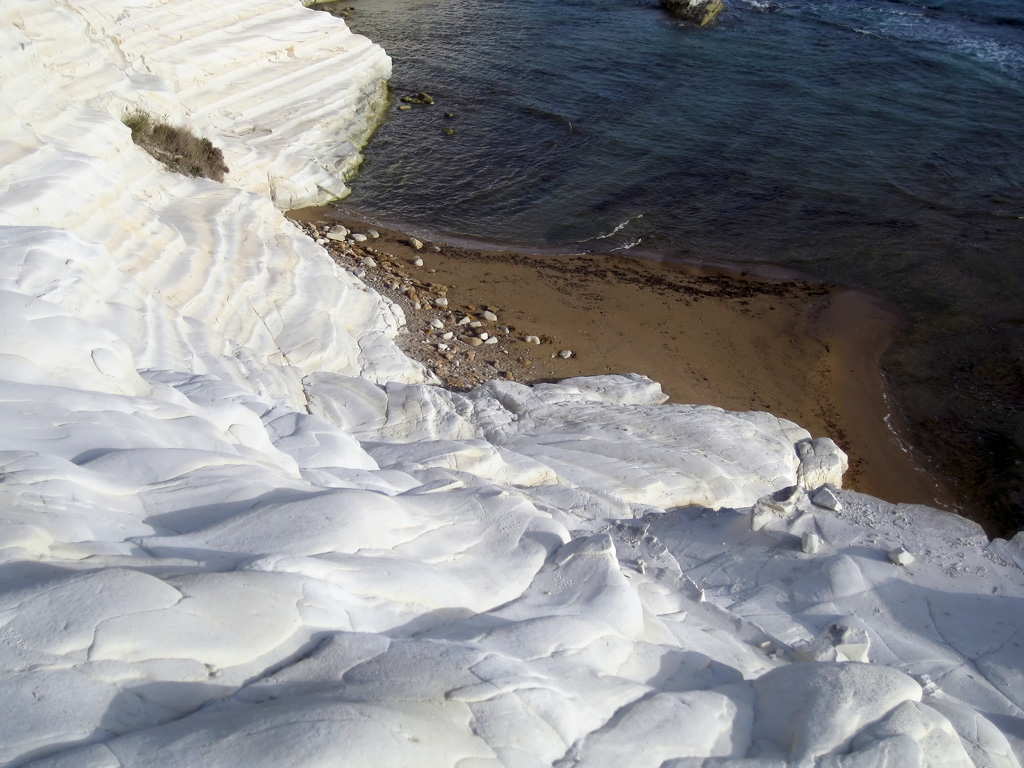 We all want this beauty lasts forever. This is the reason why we should not remove or take away even the smallest fragment of marl. Beware of fines! Its power lies in the beauty it infuses us. The dust  has no therapeutic or cosmetic virtues, so it is needless to spread it on the skin like a Pierrot.

At the entrance of the city you will find the sign: Welcome to Vigata. You are not in the wrong place, it refers to the fictional city described by Andrea Camilleri in his novels. The writer was born here, and in the main street, you can see a life-size bronze statue depicting his Inspector Montalbano. Walking in the animated via Roma and stopping in one of its elegant outdoor cafes, are not the only reasons for visiting Porto Empedocle, or rather Marina, as it’s named by local people because in ancient times it was the commercial port of Agrigento. Right down to the port, from where ferries leave for the Pelagie islands, the beautiful and massive tower of Charles V, an ancient fortification and then a prison, is waiting for you. Inside we find the Hall of Arms and a permanent exhibition of the sculptor Giuseppe Agnello, the author of the statue of Montalbano.
Not far from here, just half hour drive away, don’t miss Naro, a small medieval village just waiting to be discovered.