What has always been amazing about the Villa del Casale, from the first excavations in the 1800’s until the final restorations, are “the superb remains of magnificent mosaics and polychrome floors of the splendid villa of the late Imperial Age” (G.V. Gentili).

The very impressive mosaic complex has been the reason to include the villa in the list of Unesco World Heritage Sites making it one of the most important examples of the “Villa” architectural style, which combines on the one hand high-quality residential characteristics and on the other hand functional elements for productive activities related to its rural location: olericulture, viticulture, cereal cultivation, farm animals, etc. 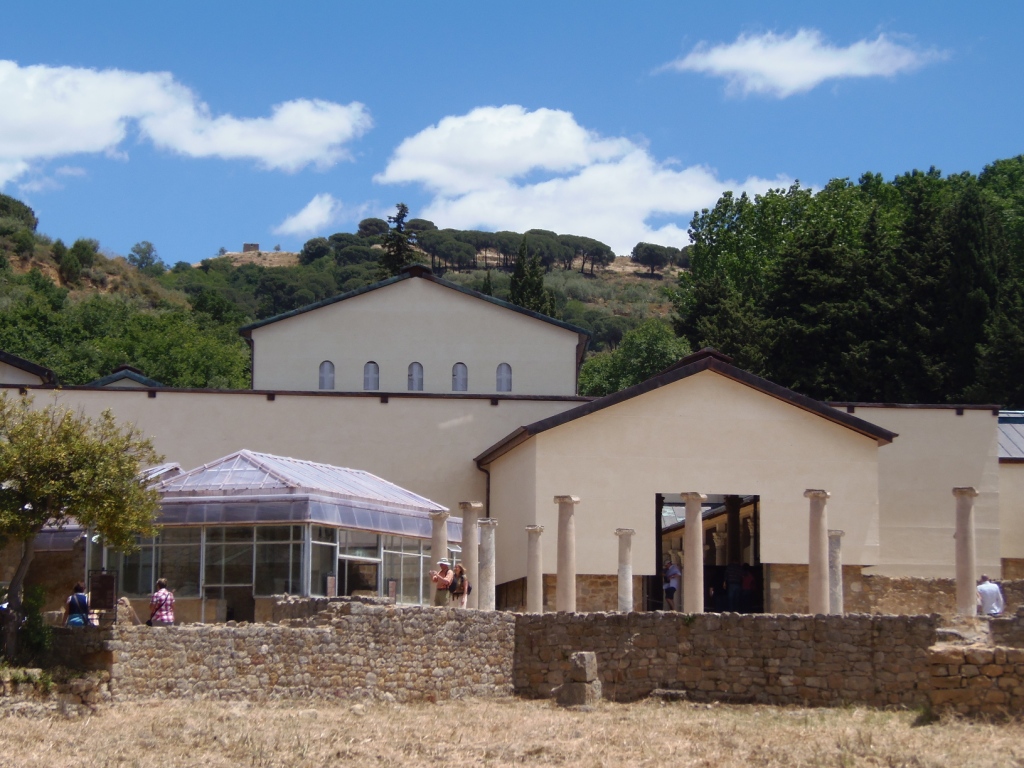 The Villa is a monument of great historical and artistic value of the late Roman Empire. It has those special characteristics of residence and representation, due to both the complexity of the architectural layout and the richness of the decoration, typical of many large Roman villas built in different regions of the empire.

Especially since the fourth century, the most beautiful late Roman villas in Sicily, such as Patti, of the Tellaro and of course of Piazza Armerina, were rebuilt on existing rural villas always with more monumental appearances: they have complex and articulated planimetric layouts, thermal baths, triclinium, basilicas, halls with apses, private apartments and are enriched with precious decorations, arcades, fountains, statues, internal gardens and mosaics. 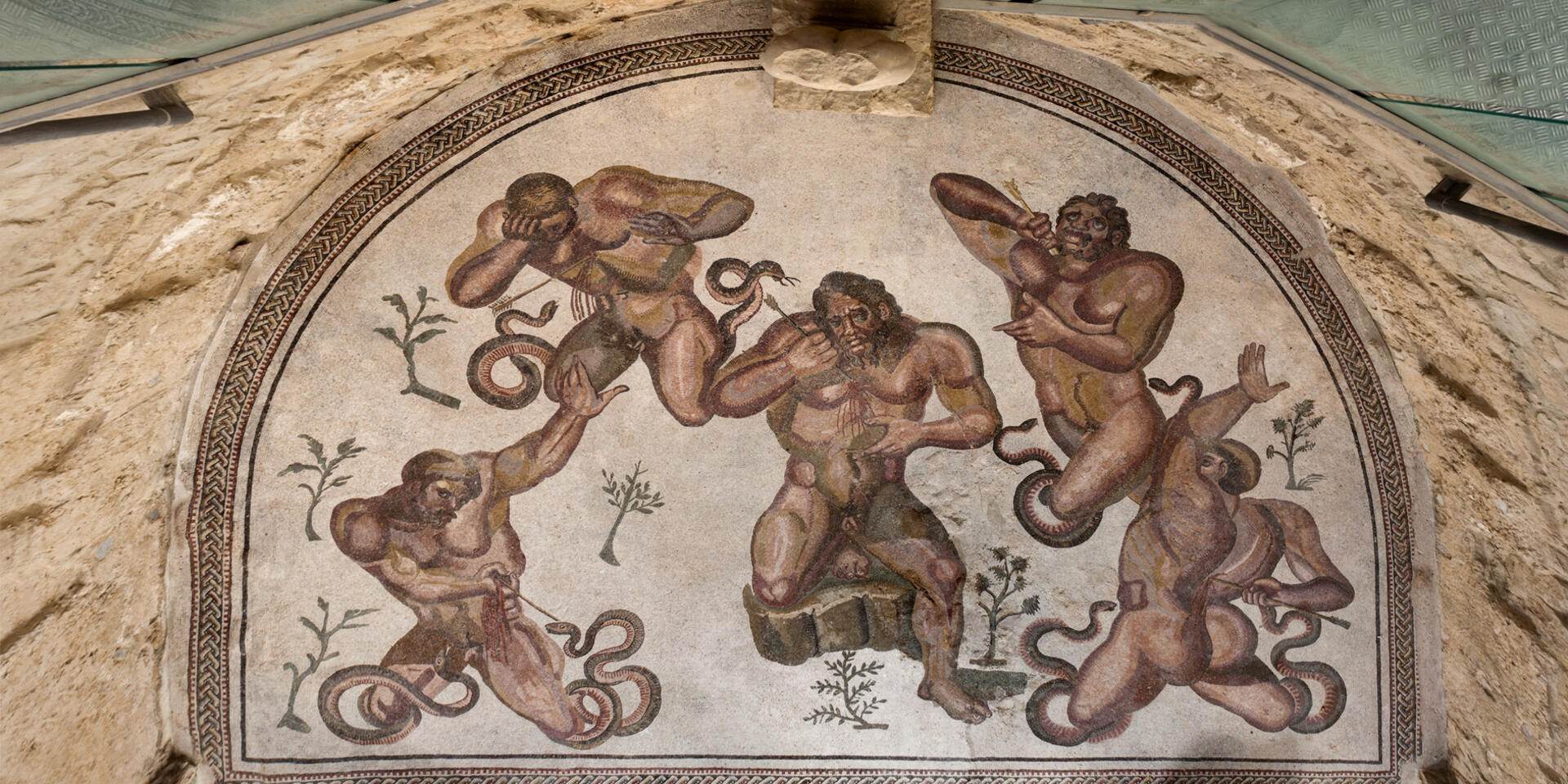 Throughout the long centuries of existence, the Villa has been robbed of most of its artistic decorative patrimony but the spectacular conservation of the floor mosaics is inspite of a powerful flood which occurred around 1000 AD. Still today, the richness of the polychromy, the realistic observation, the energy of the depictions and the variety of the subjects is surprising. 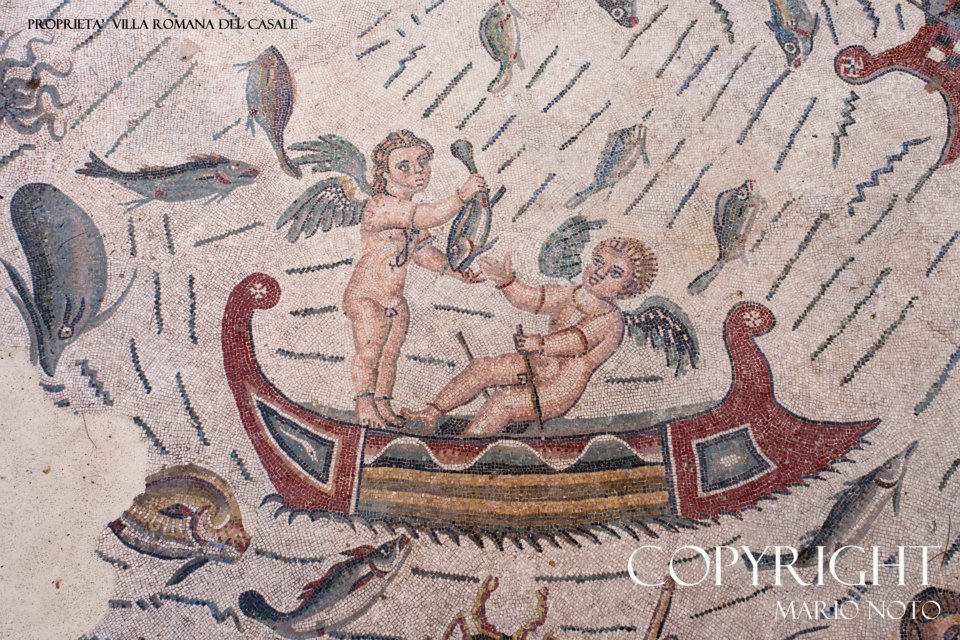 However, it is even more amazing to think that this was achieved due to the skill and ability of specialised artistic workers who, according to the requirements of the client, would always compose new scenes and representations.

The presence, confirmed at present, of skilled African mosaic workers linked to the cities of Carthage, Hippo, Caesarea, turned Villa del Casale into one of the most important testimonies of all the African mosaic art of the Late Antiquity and at the same time an example of the ability of the Roman culture to convey the strength of its state, military and economic organisations, concepts, values and shared forms throughout the Mediterranean.