The appenine Madonie range mountains, in Palermo, links twenty one counties and, ideally represents a poker of asles on a tourism table of the most beautiful villages in Italy: Cefalù, known as the mith land, with is arabic reminders and its combinations of feelings, from the Rocca to seaside; Gangi, which spreads it mountain smell and that received the title of the borghi in 2014; Geraci Siculo, with the evidences of Saints and Madonna on the Madonie and Petralia Soprana, rock through the rocks, entitled Borgo of the Borghi in 2018.

The slugghish pace in discovering  the preserved area allow to find out the infinite wonders of these mountains, that, beside mount Etna, are the highest in Sicily.

Here it is possible to knowledge and understand secrets about the craftsmanship, through precious pottery and ancient textures, to live the spiritual and monastic dimension linked to medieval atmosphere, to be impressed by the architectural and artistic side of Castelbuono, with its amazing castle and the panettoni more tasty and fashionable of the whole Island, even in the biblical taste of manna, allowing you to relive traditions and feasts still fascinating.

From Pizzo Carbonara, at 1979 meters s.l.m. your look will be lost in the immensity. 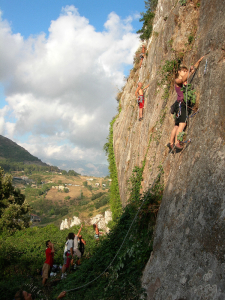 But not just the eyes want to be satisfied, even the palate wants it: do not leave Madonie before having tasted the local beans “badda”, the meat flavoured with finocchietto selvatico (wild finocchietto)  and the delicious cheeses, in particular provola and caciocavallo.