Sagesta  baths are a relaxing break while touring  in western Sicily. In the country side, in Contrada Bagni, Trapani province, we find Segesta Baths, ten kilometers away  from the ancient Segesta.

Greeks and Romans already enjoyed the benefits of this water, indeed the writer Pliny called the water coming from the rock “the most healing water“. After the fall of the Roman Empire, the Arabs discovered this place and built a castle on a hill not far away from the ancient Roman pools; It is the Calathamet Castle, which means Castle baths. 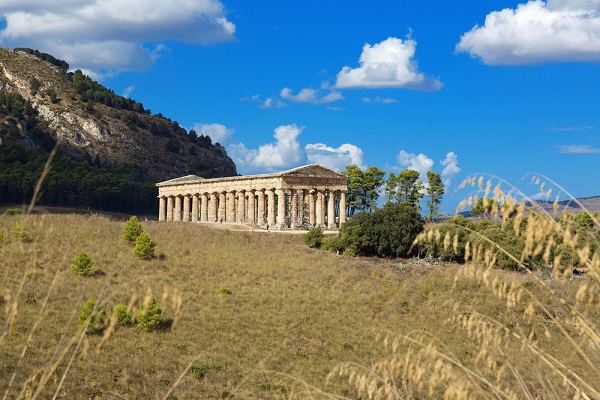 The water from the River Caldo di Segesta creeps deeply through the porous rock and gets in contact with the underground high temperatures of magma that reach approximately 47 °C. Sulfur and alkaline water is effectively good for skin diseases and has a beneficial effect on rheumatism and the respiratory system.

There is a mythological story about the heat of this water: according to early Greeks, who lived in the area, the river God, Krimisòs, raised the temperature to heat Egesta nymph, who was fleeing from the destroyed Troy. The Trojan refugees chose the location due to the river, its warm waters, and its medical properties.

In the early sixties, a SPA was built, indeed today we can cuddle in one of the three swimming pools.

Let’s reach the ancient baths through a country road that leads to the Warm River. We will arrive at the Polle del Cremiso.

Let’s not forget our camera, as it will be very useful to capture the beauty of the landscape that is full of small waterfalls, rocks in between reeds and tamarisk, and white and pink travertine cliffs. And now let’s have a  look around. Let’s get to the archaeological site of Segesta with its Doric temples and its theater facing CastellammareGulf on the North. There, the scenery of the sea and the hills, as far as eyes can see, is gorgeous. 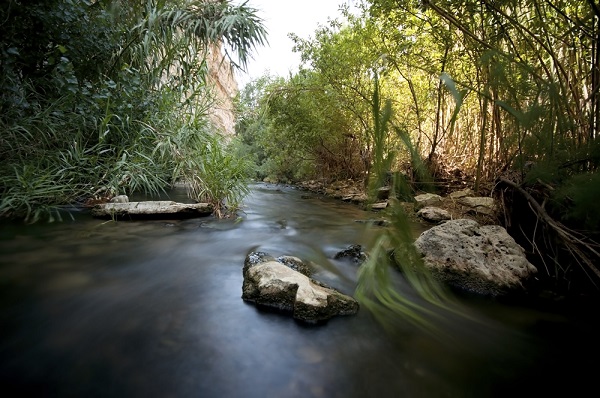 Let’s move towards Scopello and discover the stacks and the old tuna factory. In the ancient “baglio”, we can try the tasty pane cunzato which is a typical bread topped with tomato, anchovies, olive oil, salt, pepper and “cacio cavallo”, typical Sicilian cheese.

We cannot miss the Riserva dello Zingaro, a paradise of creeks, coves, sandy or shingle beaches, and crystal-clear sea.