Trapani has the shape of a sickle, Drepanon in Greek, and an enviable geographic location: between the two seas, beneath Mount Erice, near the archaeological site of Selinunte, in front of the Egadi Islands and the salt marshes. Walking through the old town, the signs of the passage of various civilizations over the centuries are immediately evident, and all left architectural, artistic and monumental evidences.

The eighteenth-century Purgatory Church  safeguards the “Mysteries”, 20 sculptures made by Trapani artisans, depicting the Passion of Christ.

In this church of Spanish origin, every Good Friday we can witness one of the oldest religious events in Italy: The procession of the Mysteries.  The twenty masterpieces are carried through the streets of the city. The grand procession winds through the streets during 24 hours, creating an exciting experience of religiosity, sounds, lights and colours. The sculptures, adorned with precious ornaments and floral arrangements, are carried on the shoulders by the  “Massari”, who beat the “annacata” to give the sacred sculptures a movement that follows the rhythms set by the notes of the musical bands. 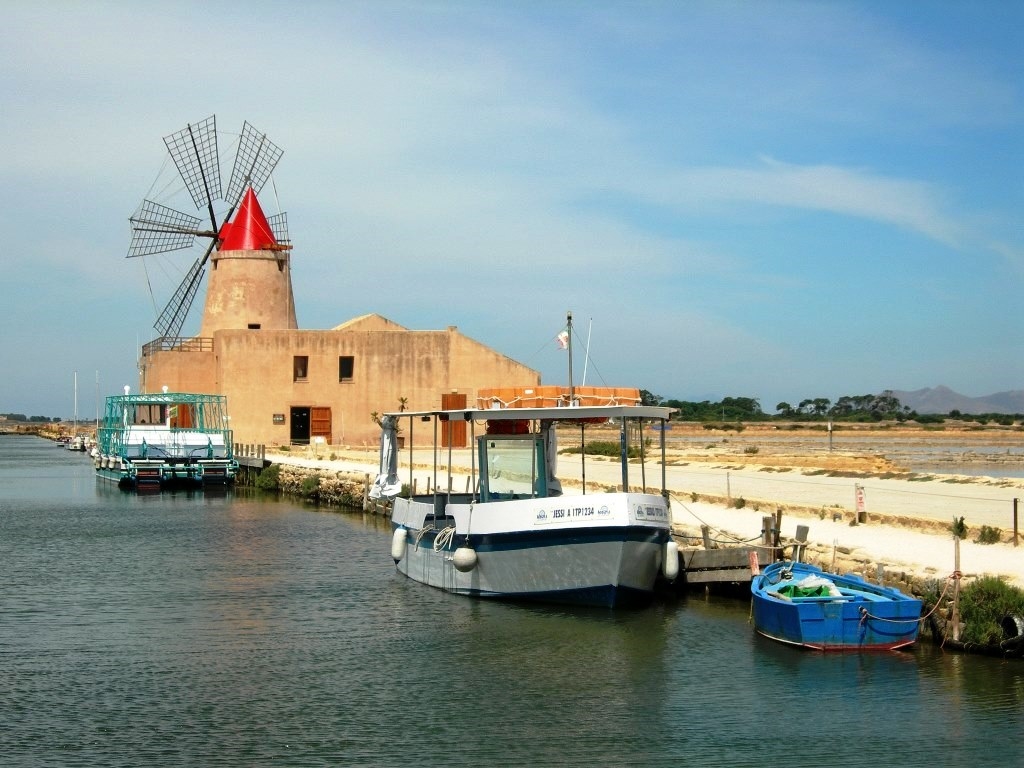 The boat ride takes a few minutes and you can start your tour by following the path of the walls uncovered in many spots, either to the right or to the left.

Mozia probably had four doors. At both end of the island, there are the North Gate and South Gate. If we go to the right, towards the northern part of the island, we will enter through the North Door. But, before entering, we can admire an extraordinary work that can clearly be seen during the low tide: it is a road built on the marshy and shallow seabed, which connected the island to Sicily.

Going further to the west and then east, bordering on the walls, or through the pathways between the fields, we reach the southern part of the island where you will find the South Gate and Kothon. This is an extraordinary artificial port, almost a dockyard, built with the typical techniques of the Phoenician-Punic engineers; it dates back to the sixth century. It has a rectangular shape, the bottom is made from natural and smoothed rock and the edges are made of smooth and square blocks. The sea water gets inside the basin through a narrow channel with a single longitudinal groove, built to pull the ships aground. The side wharves were used for docking and maintaining ships.

Within walking distance, there is the small museum of the island, the Museo Whitaker, which houses the famous marble statue of Young Mozia, or Charioteer of Mozia as some like to call it, after its restorations and exhibitions. Presumably it is a mid-fifth  century BC marble statue, whose origins, artistic style and  symbolic representation are unknown, so that archeologists define it as the statues of mysteries. Unique in its kind, it could represent the one who was driving war wagons, a winner athlete, a magistrate, or even a god. 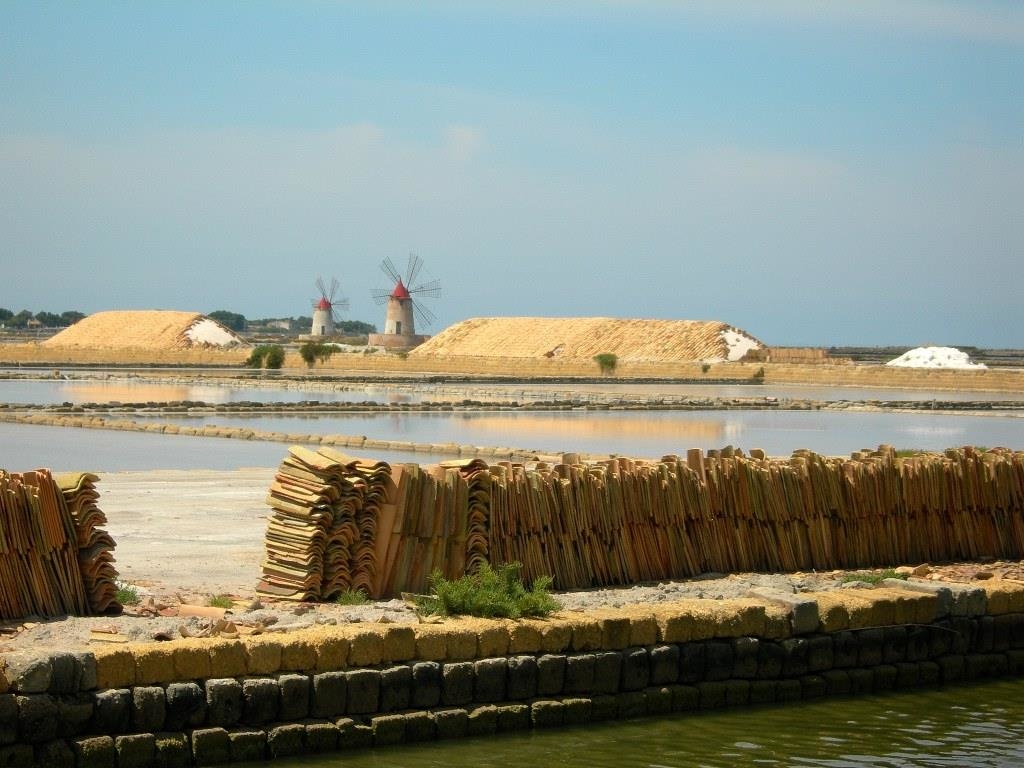 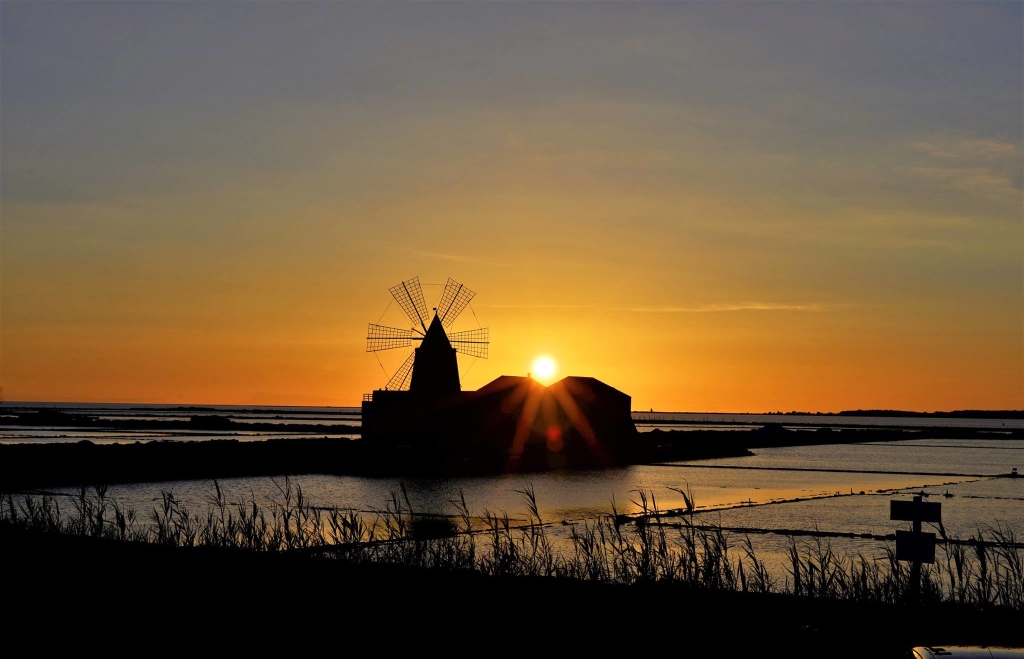 The Riserva Naturale dello Zingaro covers a coastal strip of about 7 km, between Scopello and San Vito Lo Capo.. It is considered a paradise by biologists and naturalists for the great variety of natural environments, thanks to its wealth of endemic plants and wildlife, including several rare species of birds of prey. 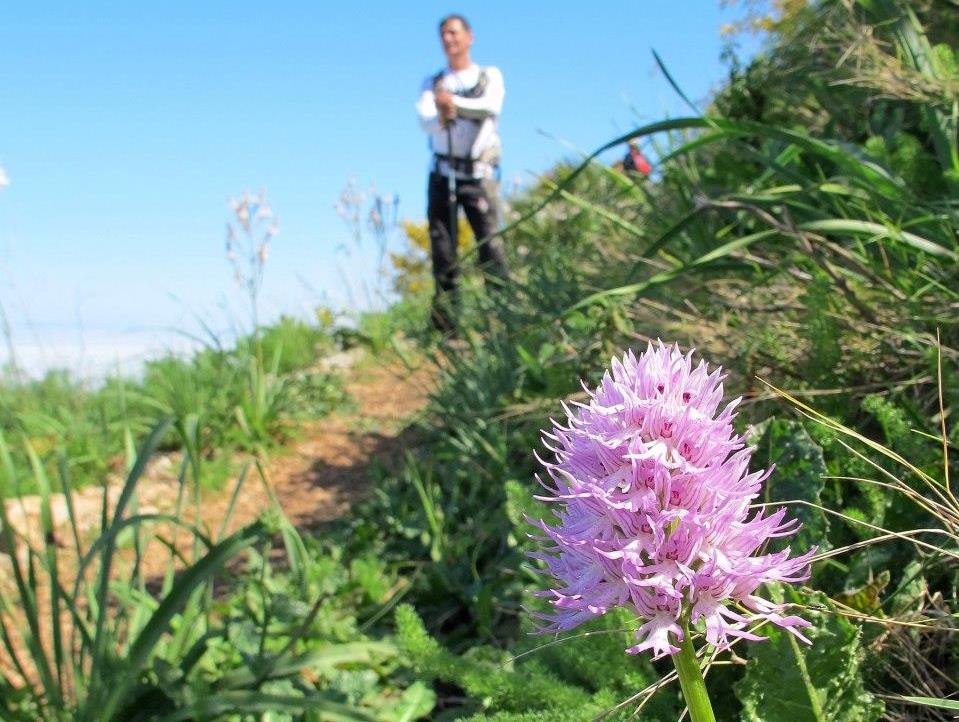 Everywhere you can feel the presence of man in a fellowship that has lasted for centuries. The cave of  Uzzo is a witness of the first prehistorical settlements in Sicily.

The turquoise sea, the transparent waters and the underwater landscape, with a prairie inhabited by tipical fauna of the Mediterranean, are combined in a unique setting hard to find in other coastal areas.

Here you find all myths of history. The Trojans, who fled from Troy, found here the perfect location, as Thucydides tells us; Virgil says in the Aeneid that Aeneas came for his father’s death and the games in his honour.  Virgil tells of the struggle between Hercules and the giant Erix. In ancient time, Erice was famous for its temple, still visible, where sacred rites and pagan cults were held.

This medieval town is perfectly integrated in harmony with its mountain and the surrounding nature. The urban triangle is bounded on the west by cyclopean walls, broken by towers and three doors: Porta Spada, Porta del Carmine and Porta Trapani. 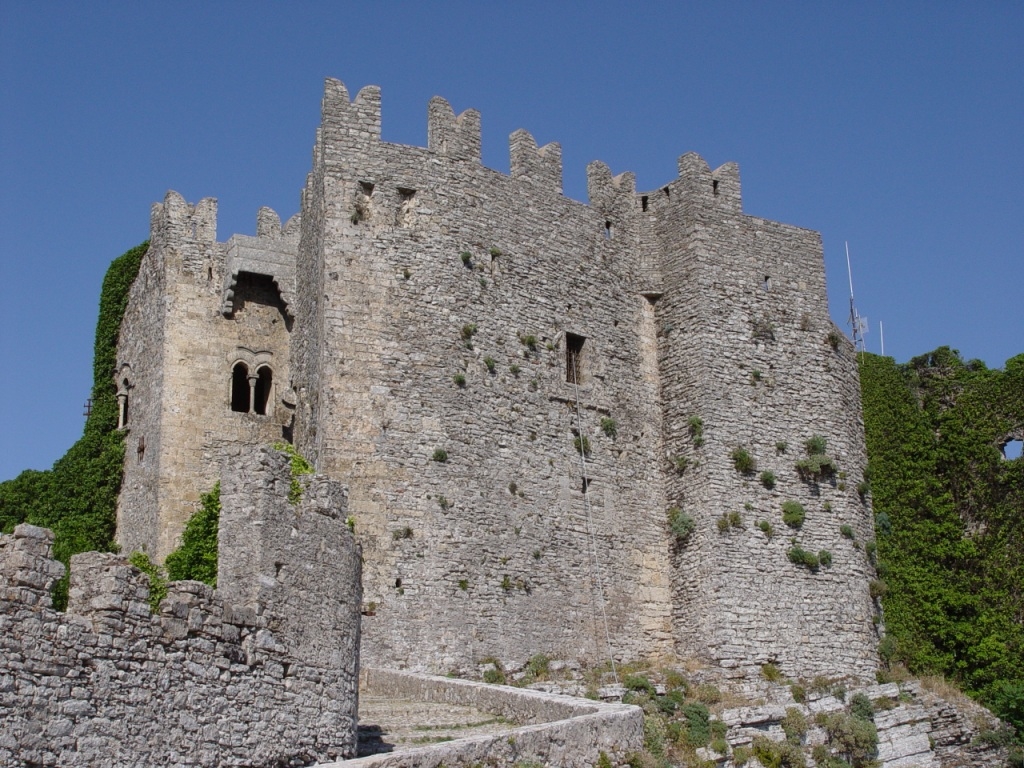 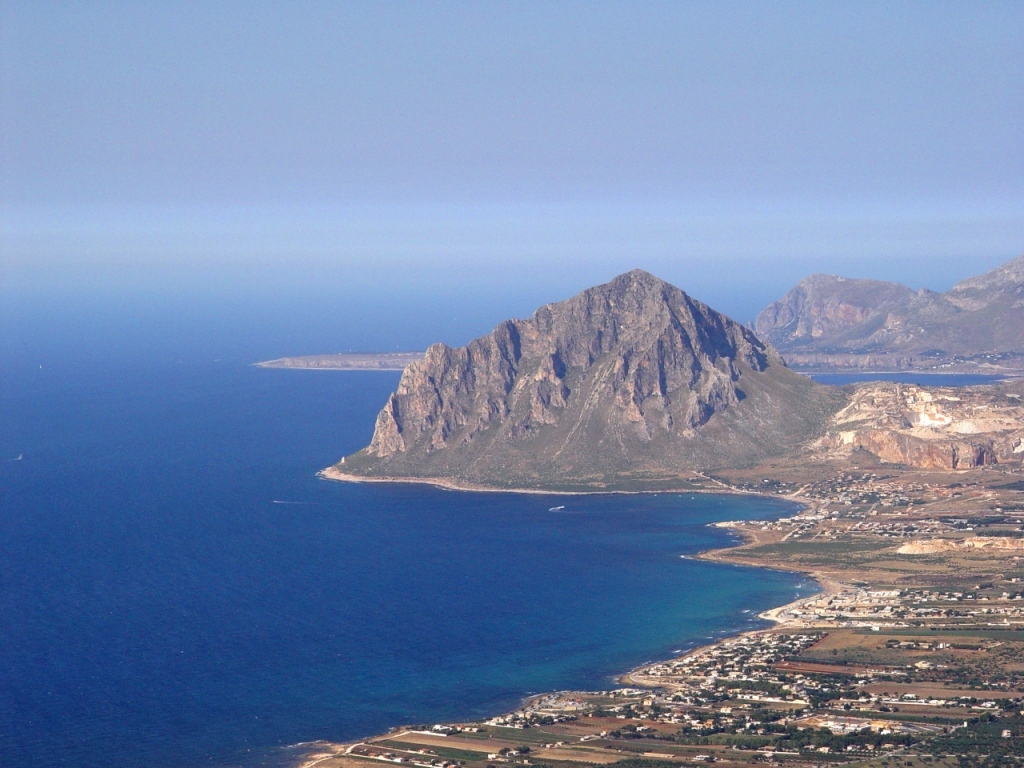 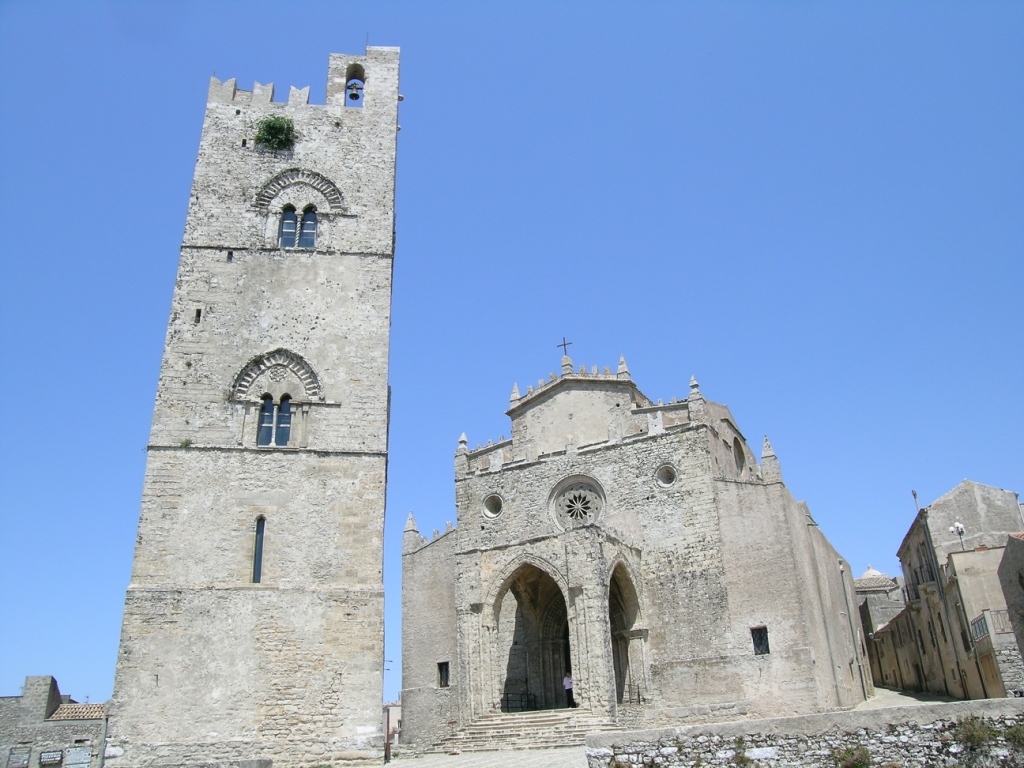 The black bread of Castelvetrano is cooked in a wood oven and has the top coffee-colored and golden yellow in the inner part. Black color comes from the union of different kind of local flours. 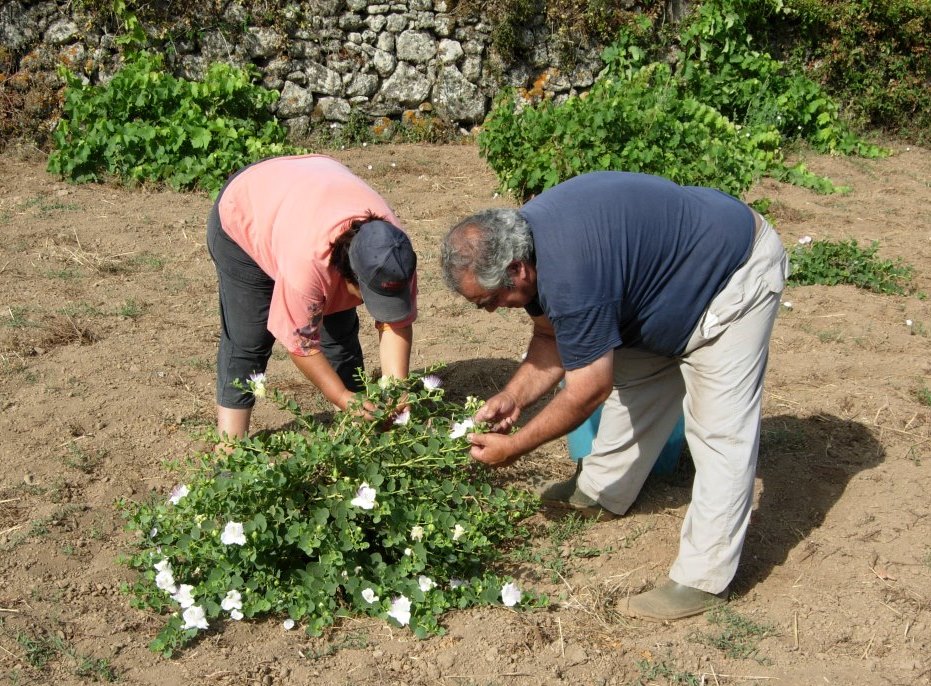 One of the typical dishes in which it is used is the caponata of eggplants. 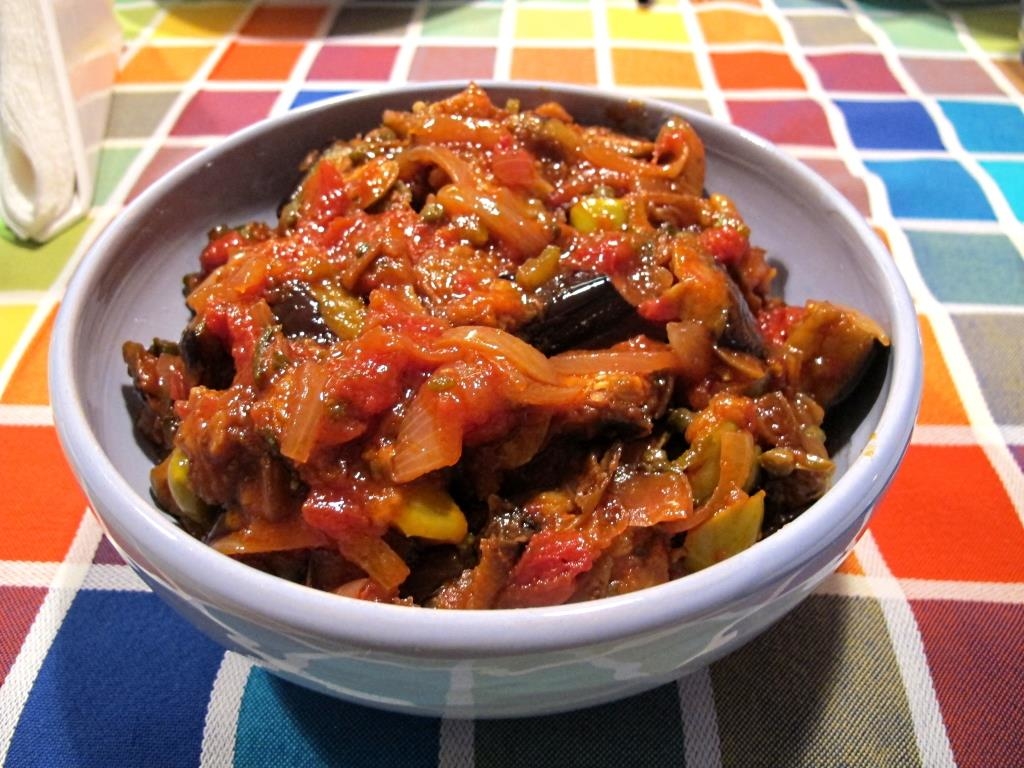