Sicily is the island of the Myth… Ulysses, Homer’s epic hero,  landed on the island attracted by  sirens’ singing, during his long back home journey .

This island has always exerted a strong magnetism, maybe due to its triangular shape or because of its position at the heart of the Mediterranean sea. However, what attracts at the most is the great variety of landscapes, from valleys to hills, from seas to mountains, up to the vigorous and sour volcanoes which offers to visitors a hellish and heavenly scenario at the very same time..

Its three sides face Africa, Asia and Europe. Sicilians are not easily recognizable by their physical features; they can be dark, eastern, Arab or blond, tall, with green eyes and red hair.

Literature is various, numerous, lengthy, and baroque but it cannot be called “Sicilian”, instead European; Sicily is dry and vigorous like described in one of its fathers’ prose, Giovanni Verga. He reinvented Italian language with a taste of dialect, a language that animates, lives, rejoices and suffers with the characters of his works: Mastro Don Gesualdo and Cavalleria Rusticana. These are the two works that best represent his Sicily.

Luigi Capuana was another literary giant from Mineo, little town in Catania‘s province.

Together with Giovanni Verga and Federico De Roberto, he created a new movement, the Verismo (the Italian version of Realism) which partly brings together the themes of French Naturalism. An example of this style is found in the novel “I Vicerè“, in which De Roberto describes minutely Catania and its life, carefully examining the Uzeda family of princes.

Those born in Sicily seem to suffer from a sort of “incontinence” of thought and writing which, coupled with Sicilians’ historical pessimism or melancholy, makes this people disillusioned and resistant to change but curious about novelties and permeable to the influences carried by the wind! Càlati iuncu ca passa la china! (Lean over, little cane, as the river is in flood!)

Drawing a rich geo-literary map of Sicily, tracing an itinerary of writers, it is like outlining a Baroque plot.

The writer Vitaliano Brancati was born in Pachino, near Syracuse. He was the father of the saga gallismo, as he made fun of the myth of the fascist super-man. Stefano D’Arrigo was born in Ali Terme, near Messina, and wrote Horcynus Orca, a detailed portrait about Sicilian fishermen’s hard life.

Palermo, sleepy and royal capital, is a world itself: contradictory, Catholic and Muslim, cosmopolitan, anarchic and regal (Federico II, Spain’s viceroy), ostentatious of ancient beauty and opulence. All the Sicilian nobility wanted to have their home there. 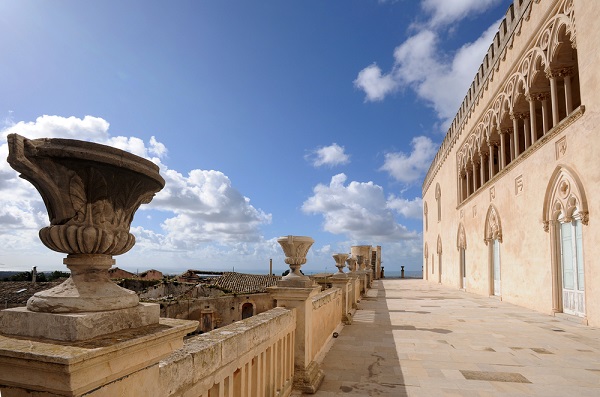 Don Giuseppe Tomasi‘s family lived in Palermo. He was Duke, Prince, Baron, and Grandee of Spain. He wrote Il Gattopardo, which became famous especially due to the film version of Luchino Visconti. The book tells the story of the Prince of the Salina family during Garibaldi’s arrival.

Beautiful European libraries have been available in Sicily for many years; indeed, its literature has never been provincial neither wrote by the so-called minor authors.

Take the example of  Lucio Piccolo,  Baron of Calanovella and one of Tomasi’s cousins. He was a almost clandestine poet who led a secluded life; but his poetic cosmos has strong European roots, despite he spent his life between Palermo and Capo d’ Orlando, above a hill overlooking Capo Tìndari and Cefalù, at the two extremities of the horizon. This is evidenced by the intense correspondence he had with the Irish poet Yeats, with whom he shared his esoteric inclinations.

The prolific Luigi Natoli, writer and historian, is from Palermo too. I beati Paoli  is one of his most famous novel. The story, set between 1698 and 1719, is an attempt to track down and explain the origin of Sicilian society’s problems and peculiarities. I Beati Paoli are a secret society that defend the weak and those oppressed by the nobles, who overwhelmingly abuse of their power. It is a historical novel that draws Palermo’s portrait, pompous city full of contradictions, dangerous and marvelous, full of ravines and tunnels, ghe city of “qanat”, where the secret society is able to move undisturbed. The “qanat” is a hydraulic engineering work built in the Middle Ages by the Arabs, in Palermo. Visits to such place are still possible.

Giuseppe Antonio Borgese was born in Polizzi Generosa, in Palermo’s province. He created Rubè, an extremely fragile character during realism.

Luigi Pirandello is a literary giant lying in the Valle dei Tempi in Agrigento, a wonderful place in the Sicilian hinterland. Luigi Pirandello is a such a big and multifaceted figure that describing him in few lines is not possible. He wrote 250 novels. His works, such as Sei personaggi in cerca di autore, characterized the Italian and European theater in the 1900s.

His characters are tragic masks hiding an opposite feeling, giving hilarity together with deep melancholy, as it occurs in Il fu Mattia Pascal and Uno, nessuno e centomila. He got the Nobel Prize in 1934. 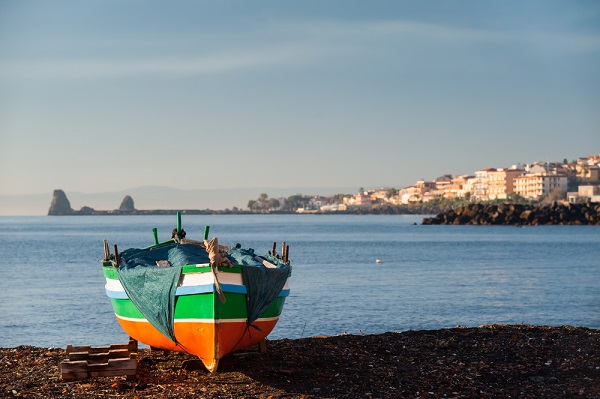 Leonardo Sciascia from Racalmuto , in Agrigento’s province too, is another important Sicilian writer. He was an author with great consciousness and civic awareness. His books are shrewd complaint works, sometimes hard, like in Todo Modo and Il giorno della Civetta. His work became significant in literature and cinema, which has produced the famous Andrea Camilleri. He is famous for the exaltation of Sicilian dialect, the environments, and the characters who paint squares out of time, but with a character from the film transposition well established today, like in the case of his famous character Montalbano.

Conversazione in Sicilia, written by Elio Vittorini, who was born in Siracusa, is an original almost geographic novel. It is about a train trip from the North to the South of Italy. He also describes in detail places and stations between Messina and Siracusa. Besides reminding us he was a railway worker’s son who often followed his father in his travels by train, he introduced in literature the theme of traveling. For the writer, traveling is not only an opportunity to register new sensations, but it also becomes an opportunity to reach one’s human dimension and one’s identity.

Pier Maria Rosso from San Secondo was a journalist and playwright born in Caltanissetta. He chased his homeland myth, despite its inevitable escape towards the continent. His plays’ characters are often marked by loneliness and by the conflict between passion and rationality. Such feelings are symbolically expressed in the comparison between the rational and gray life in the North of Italy and the colorful one with passion and dreams in the South.

Our journey through the Sicilian writers could turn into a long rediscovering of suggestive romance atmosphere process. Let’s now think about Salvatore Quasimodo from the magnificent Modica, in Ragusa‘s province. In Argo il cieco, his city itself is the protagonist.

Sicilian writers are almost all exiles, but always homesick and desperately in love with their island. Vincenzo Consolo, Bufalino and Sciascia’s friend, runs away from Sicily and then goes back to his work with a dreamy and bitter vision of it, like in Lunario, Retablo, L’olivo e l’olivastro. These are just some of his works.

Perhaps for him and for the others, this island has a magic fluid: if you were born or lived here, you cannot really leave this island.