Walking and learning about art and admiring nature and landscapes will make you fall in love with Sicily. Showing real Sicilian art to kids is really rewarding.

There are many theoretical lessons explaining what Baroque style is, however they are not comparable to a visit to the Cathedral in Noto. Immediately, geology becomes easier in front of Mount Etna.

Let’s begin our tour with the echo of Homer’s Odyssey and reach Scylla and Charybdis: the strong currents and whirlpools in these waters illustrate one of the greatest biodiversity assets in the Mediterranean.

Visiting the Aeolian Islands is a unique experience according to mythology; it is the house of Aeolus, the god of the winds. The Archaeological Museum in Lipari teaches about cultures and civilizations that colonized these places. Another nice stop is in Vulcano and in Stromboli, where the active volcano is.

Let’s go back to the coast and head to Taormina. From its beautiful location, we will have a spectacular view on the Ionian Sea and the volcano Etna. The Greek Theatre is the most famous monument: the Greeks chose a scenic headland as the setting for musical and dramatic performances. From there, we will have a magnificent view of Calabria, the Sicilian Ionian coast, and Etna mountain in the background. Taormina Arte (in June) takes place there every year. Let’s also take a nice long walk on Corso Umberto to get to a very suggestive panoramic terrace. 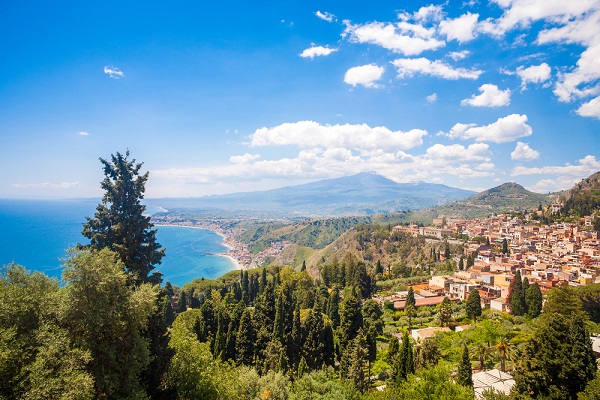 We are in Catania, great and charming cultural city in the east side of Sicily. It is right beneath volcano Etna. In the city, there are the Ursino Castle, the ancient Norman castle, Piazza del Duomo, the Cathedral of Saint Agata and the black lava elephant, which is the symbol of the city; and we cannot miss the Roman Theatre, the Odeon and the Roman Amphitheater, Bellini Theatre and the lively fish market. The old town of Catania is a UNESCO heritage. 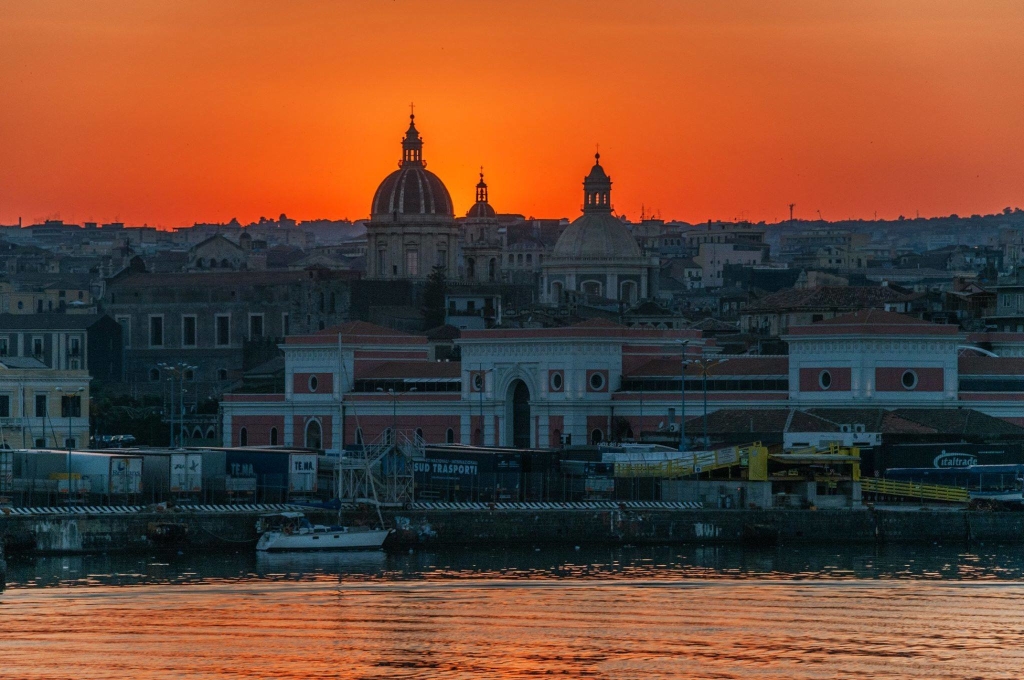 It is time to go drink some water and zammù (anise) in the old kiosks, as in the city they are just like an institution. In ancient times, these kiosks were resting areas where people could have a cold drink in the fresh air of tree shadows and get relief in the very hot summer days. Nowadays, they are renewed: the drinks have a base of rigorously handmade fruit syrup mixed with sparkling natural water; the most typical drink till today is made by mixing soda, lemon, and salt: very natural and refreshing. Great are also drinks made with mandarin, lemon, barley water, mint and so on.

Now let’s take a tour on Mount Etna, one of the most spectacular active volcanoes in the world.

It would be best to start from the Rifugio Sapienza, which is on the Southern side of the mountain and it is reachable by cable car. From there, you can admire the beautiful landscape consisting of craters and lava rocks. It will feel like being on the moon …

Etna: walking on the moon – Ph. I Mannarano

Now let’s go to Siracusa and, on your way there, you should stop in the Pantalica natural reserve; let’s visit its necropolis, which is one of the most fascinating prehistoric place in Sicily and a clear example of transition from Bronze to Iron Age. 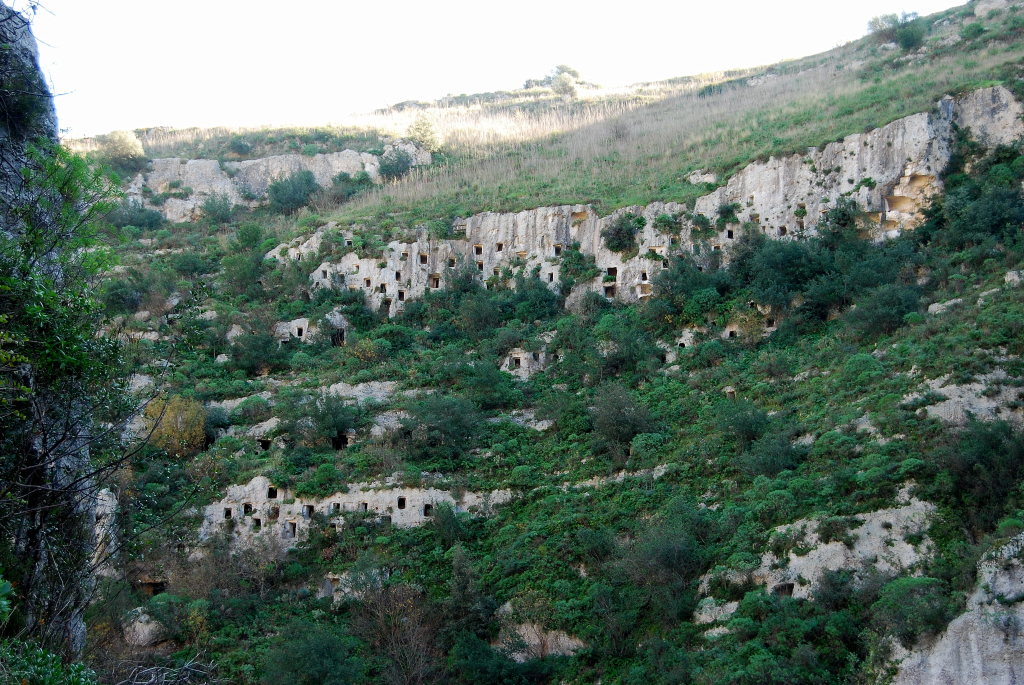 We are in Siracusa now, a true relic from the ancient world, one of the largest Magna Grecia polis.

Let’s start from the Apollo Temple and then reach Piazza Duomo, which is surrounded by several Baroque buildings. The Cathedral contains the Doric temple dedicated to Athena, the most important of the ancient polis. This is one of the most beautiful squares in Italy. Let’s then visit Santa Lucia alla Badia church, where you can admire Caravaggio’s painting “Il seppellimento di Santa Lucia”. 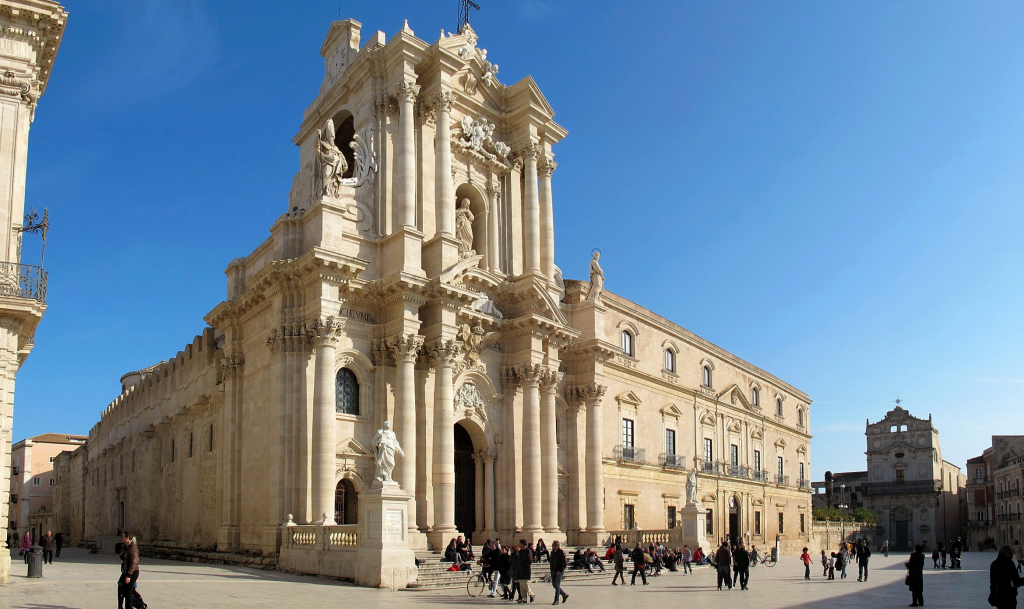 Now let’s go down to the Fonte Aretusa and let’s keep visiting the Archaeological Park, containing the most ancient and monumental part of the city; in the Park, you can admire the Roman Amphitheatre, the Greek Theatre and the Latomia del Paradiso, that is an ancient stone quarry that contains Dionysus Ear; it is a very peculiar shaped cave; you could also try to shout and listen to the echo… 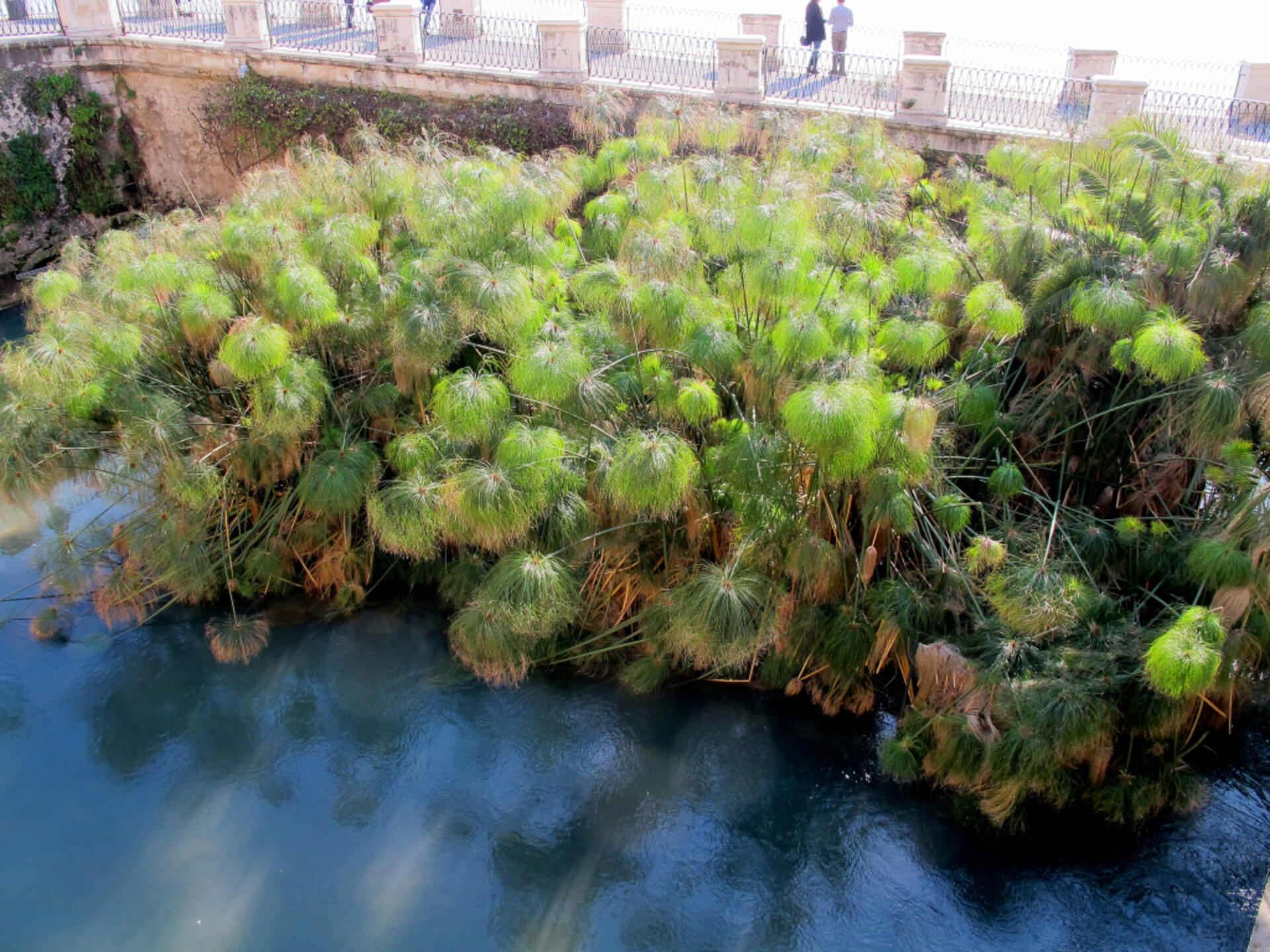 Let’s please our hearts with the baroque in Noto and admire the majestic Cathedral and the old town.

We are in Modica now: its center is full of architectural beauties, so let’s walk around without rushing. From the staircase top, you cannot miss the standing façade from the Duomo di San Giorgio, which is the city’s symbol. Salvatore Quasimodo, Literature Nobel Price, was born in this town; his house is still as he left it, full of memories and pictures. You cannot leave Modica without tasting its famous chocolate. You should take it back home: it is typical and delicious!

Now let’s reach the beautiful Ragusa, with two cities in one: Low Ragusa and high Ragusa or Ragusa Ibla. The high city was rebuilt after the 1693 earthquake. 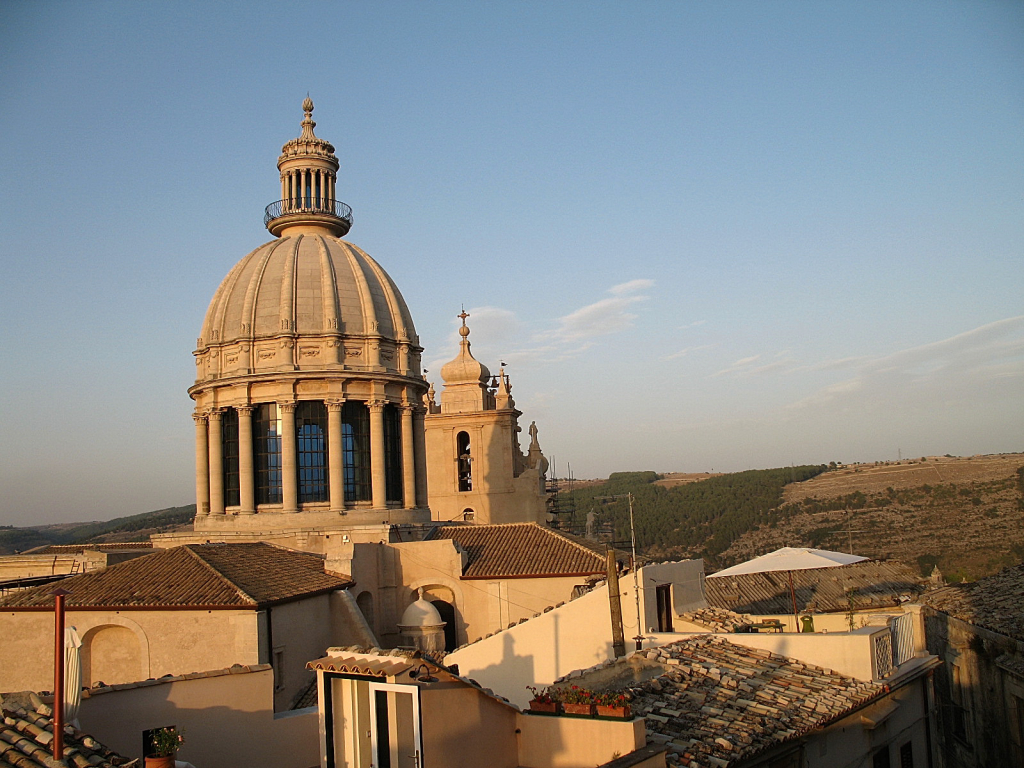 The symbol of renewal of the city is the Duomo di San Giorgio with a magnificent baroque façade that has partially survived the earthquake; very impressive is the church of Santa Maria delle Scale, which integrated the old portal from the fourteenth century in the new baroque church. Modica is a romantic city, rich of history and culinary traditions. Food and wine are excellent, and the welcoming is very warm. 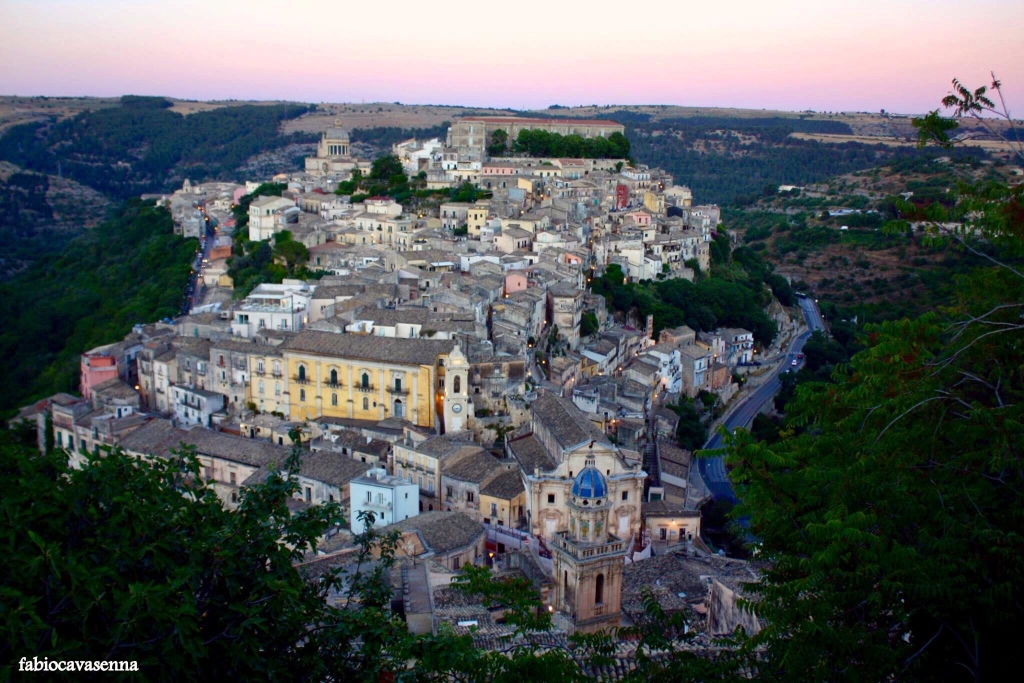 Ideal end of this fascinating tour among culture is Villa Romana del Casale in Piazza Armerina – Enna, part of the UNESCO heritage, and the nearby archaeological site in Morgantina: unique places in the world. 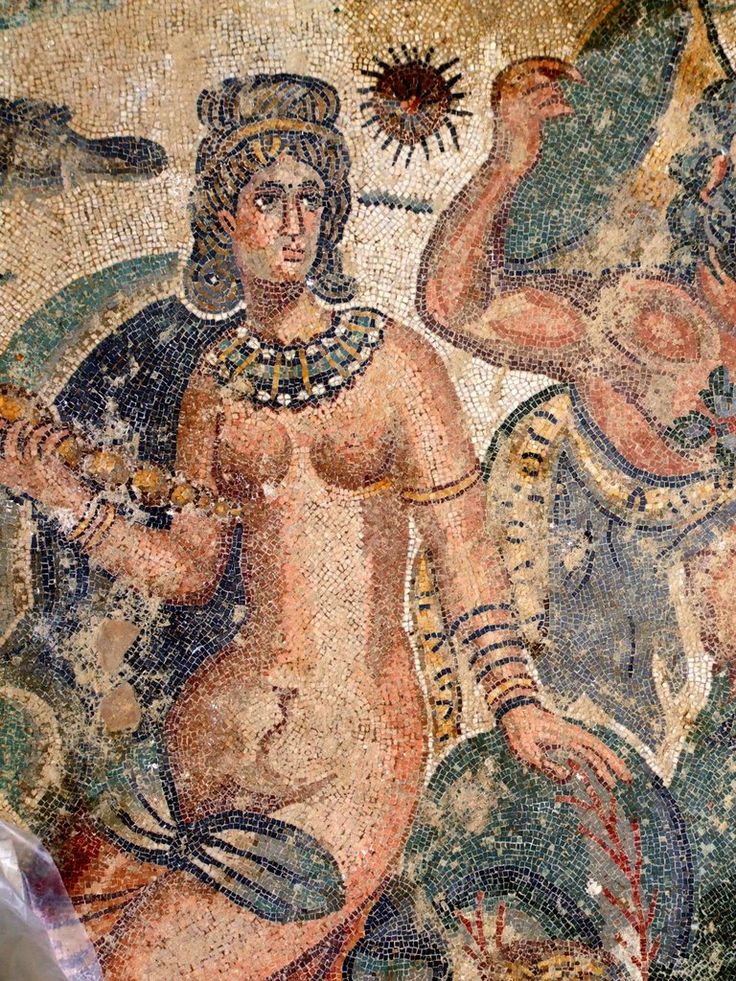