Bagheria or  Baarìa in sicilian dialect, is a very populous town in Palermo, famous for its wonderful historical villas, its eighteenth-century buildings, and for the movies that were filmed there, as Baarìa by Giuseppe Tornatore or The Wedding Director by Marco Bellocchio. It is also the place where Renato Guttuso was born. The writer Dacia Maraini, related to the powerful princes of Alliata, lived here when she was a child.

Here the Villas of Bagheria

VILLA PALAGONIA
One of the most famous historical residences in the city is Villa Palagonia, known as Villa of the Monsters. Magnificent and eccentric, planned by illustrious architects, during the 18th century it became the destination of the Grand Tour Travellers and it was known as the “most original place of the world” and “a place famous all over Europe“. 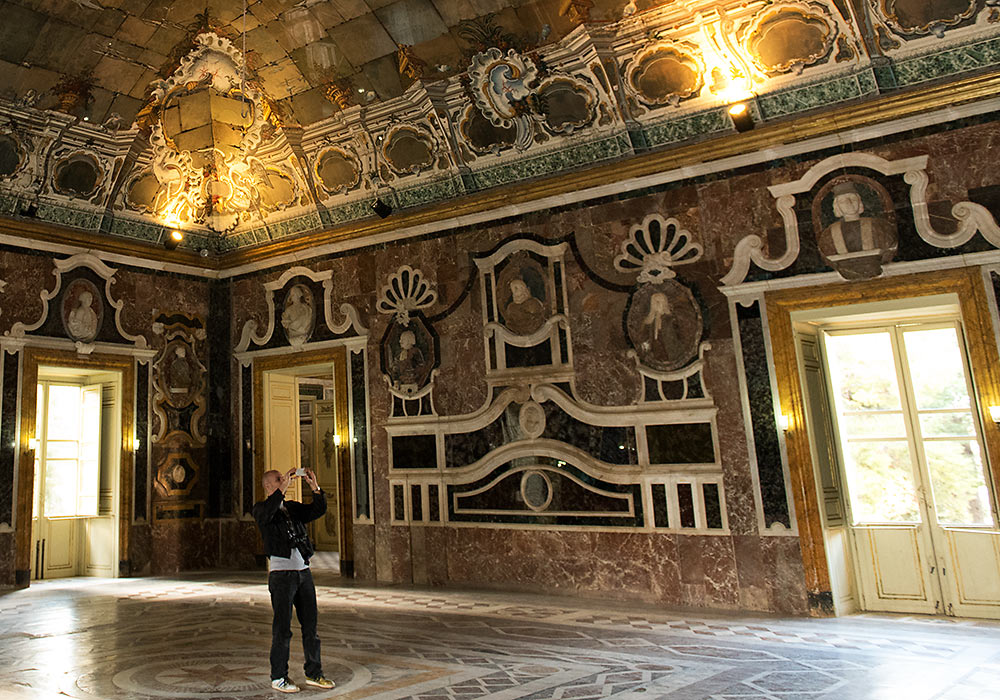 A rumour about Francesco Ferdinando Gravina and Alliata, VII prince of Palagonia, heir of the title and owner of the villa, tells that he had chosen this type of decoration to conceal his extreme ugliness; but more likely this was due to the typical eighteenth-century taste for what was horrid and amazing. You enter the villa through an arch flanked by some statues of warriors. The wonderful double flight of stairs under the sumptuous Family’s coat of arms is very remarkable. Also important is the Room of the Mirrors, with its marble-paneled walls, decorated with reliefs in marble representing the family ancestors and the rulers of Europe. Its vault is decorated with mirrors and with paintings reproducing fantastic birds, fruit and flowers. The other rooms are frescoed with mythological themes.

Villa Palagonia on Wonders of Sicily

VILLA VALGUARNERA
“And then, after walking for about hundred meters, you look upwards and you are in front of Villa Valguarnera in all its beauty. A main two-storey building with a series of windows, real and fake, that slide along a playful and severe rhythm. From the central body two wings branch off and form a perfect semicircle” (Dacia Maraini, Bagheria). 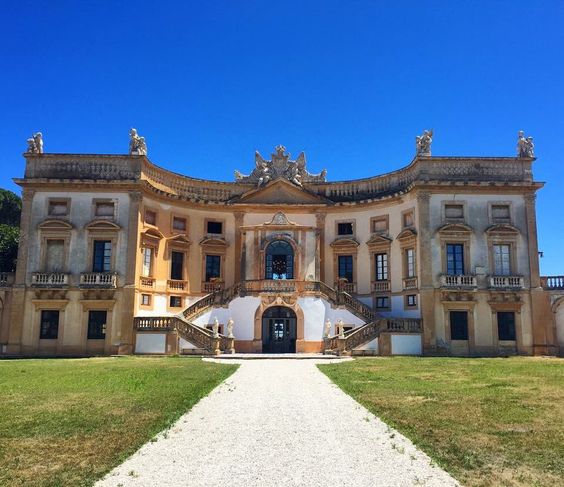 Villa Valguarnera belonging to the princes Alliata of Villafranca is a magnificent work of art of the Eighteenth Century. Its layout shows clear esoteric influences, its same shape has been conceived as a symbolic route from earth to heaven, with a particular emphasis on the high ground called ‘montagnola’ from where you can enjoy a wonderful view over Bagheria.
Once we pass the huge iron gate, supported by two pillars in stone of Aspra, we are on the long walkway that leads to the house. The large oval hall, designed by the italian architect Vaccarini, is decorated with frescoes and paintings depicting the famous ancestors of the Alliata’s family.
One of the owners, Prince Francesco, was the founder of the legendary Panaria Film and was honored by Robert De Niro and Martin Scorsese.
Recently the villa has been the setting for a Dolce & Gabbana spot, directed by Giuseppe Tornatore with music by Ennio Morricone and starring Sophia Loren.
The site is unique and very impressive, not only for its aesthetic beauty and for the harmony conveyed by its architectural forms, but also for the awarness that you are in a place that belogns to an important part of the Italian cultural history.

The villa, built in 1736 at the behest of Francesco Bonanno, Prince of Cattolica, has a particular style that make it similar to a castle with a quadrangular base. Its peculiarity is the “Room of Sirocco“, a kind of artificial cave built under the noble home as a refuge for the days when the south wind blew from Africa.
It houses many significant works by the neo-realist painter Renato Guttuso, born in Bagheria in 1912, that represent his artistic production from the beginning of his career until the last period of his life.

Among them: “Paratrooper”, “Prickly pears” the great “Women come and go in the room” and “Women, Rooms, Objects”.
In the garden there is the artist’s tomb, made by the sculptor Giacomo Manzu. 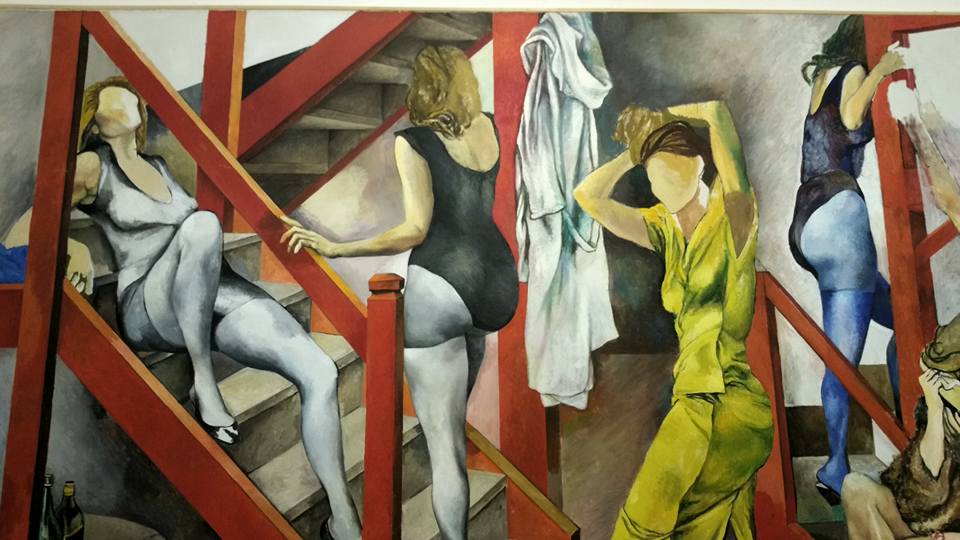 The villa is a magnificent, must-see treasure trove of art.

It is the oldest Bagheria’s mansion, built by Giuseppe Branciforte, prince of Pietraperzia and Leonforte, who, having lost the hope of getting the throne of Sicily, decided to retire to his properties in Bagheria.
It was designed as a castle with two crenellated towers supporting the courtyards. Its entrance door shows the nostalgic words “O Corte a Dio .”
Inside, a rich picture gallery that shows, among other things, the maps of the great holdings of the powerful Branciforte dynasty: Butera, Mazzarino, Grammichele, Militello and many others.

Its rich halls, with frescoes and precious crystal chandeliers, evoke a lost time when knights and ladies, in rustling taffeta gowns, danced during the aristocratic parties, as in the ballroom scene in “The Leopard” by Luchino Visconti.

Its terraces, with wrought iron railings and antique tiles, are well preserved and from there,on July 14, you can enjoy the fireworks spectacle during the Feast of Santa Rosalia.

In Bagheria there is the Pietro Piraino’s Toy and Wax Museum, where you can go back in time when you used to play with porcelain dolls and old mechanical toys. There are many festival opportunities, especially during sacred and profane celebrations, during which you can walk through stalls exhibiting sweets and toys as well.    TridAdvisor