The street of writers along the SS 640

The street of writers along the SS 640

The route of the writers, along the area of the  Valley of the Temples runs through the places where some of the greatest Sicilian writers lived. An itinerary full of artistic, archaeological and natural beauties,  together with food and wine traditions.

Let’s start our journey by exploring the places so many times described by Andrea Camilleri: the  Scala dei Turchi, an outstanding sheer cliff rising above the sea along the coast of Realmonte; the second stop is the kaleidoscopic Cathedral of Salt, where you can admire some interesting sculptures carved out of salt rock and stone: bas-reliefs, stoups and sacred ornaments… 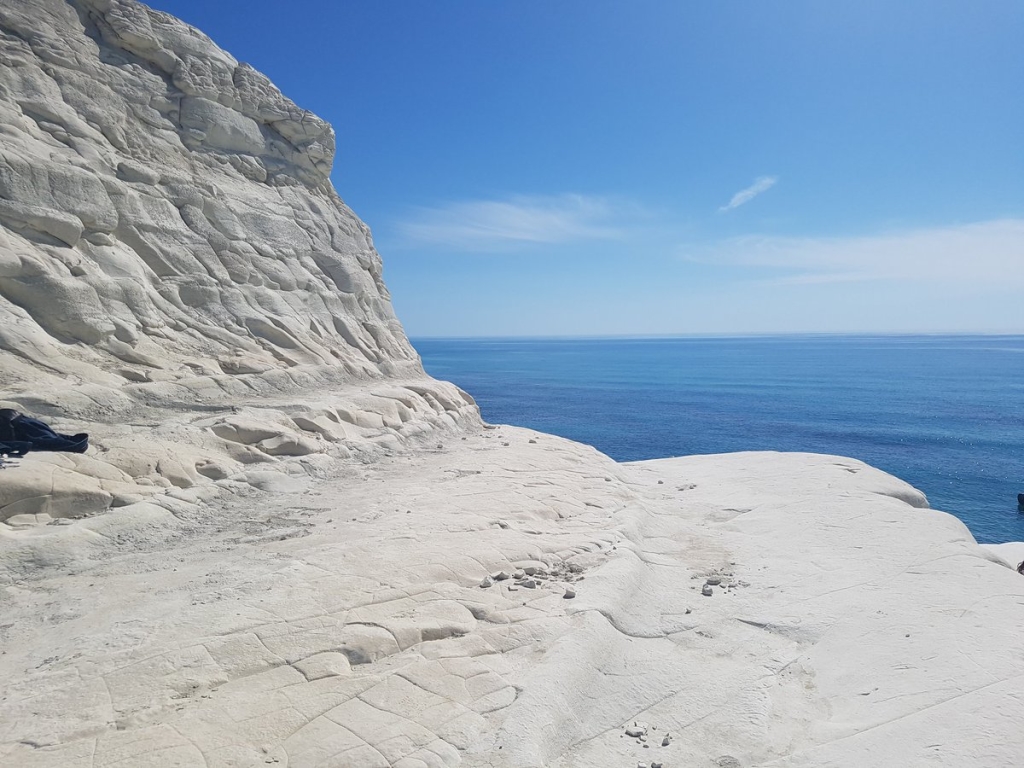 The route crosses the amazing Kolymbetra Garden , once a wastewater collection, then transformed into a sort of Garden of Eden, nowadays completely restored and enhanced by Fai (the National Trust for Italy). In Greek times  it was “a large pool … with a perimeter of seven stadia,  … .. twenty fathoms deep … where the Phaeacian Aqueducts flowed, a nursery of refined flora and abundant wildlife” according to the description made by Diodorus Siculus in the first century After Christ. For Pirandello it is “the ancient famous Colimbètra akragantina … much farther down, at the lowest point of the plateau, where three small valleys come together and the rocks separate and the line of the rough cliff, where the Temples rise, is interrupted by a large opening. In that place, now called Abbadia bassa, the inhabitans of the old Akragas, a hundred years after the foundation of their city, had formed the fishing place, a large basin of water that extended until the Hypsas river and whose dike concurred – together with the river – to the fortification of the city” 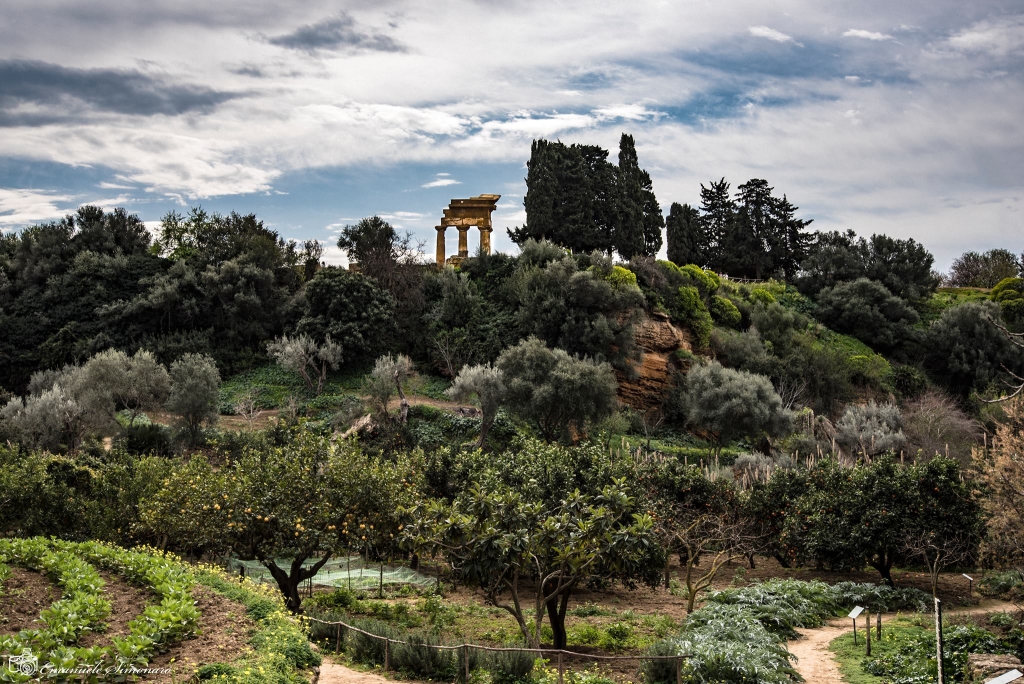 History, myth, and literature blend together into Contrada Caos,  the district where Luigi Pirandello’s home birth lays, nearby Villa Seta,in  Agrigento – up to the historic center of Girgenti,  whose characters inspired Pirandello’s novels and short stories. Here we find the Lucchesian Library , the Church of Itria, where the writer married, his family home in via Pirandello, the Church of San Pietro, and then courtyards, alleys and amazing landscapes, such as  Viale della Vittoria or Piazza Sinatra, described in his novels.
Agrigento’s Cathedral is one of the places described in the famous novel Il Gattopardo. In the bell tower’s top the letter of the devil, is closely guarded. It is the mysterious manuscript of Sister Maria Crocifissa, the Blessed Corbera mentioned by Giuseppe Tomasi di Lampedusa in his magnum opus. If you’d like to retrace the sites of the Gattopardo, you must go to Palma di Montechiaro, 20 minutes drive from Agrigento, where you can visit the Tomasi Family residences, from Palazzo Ducale to the castle and finally, the Monastery. Do not miss a visit to the cloistered nuns and a tasting of the delicious  “ricci di mandorla”, also known as “Gattopardo’s hedgehogs“, the famous biscuits celebrated all over the world for being mentioned in this literary masterpiece.

From the Mosella junction, in front of the Rupe Atenea, driving along barns, olive groves and fields of fallow fields,  we go back over the path leading  to the country manor of Baron  Agnello. This is the landscape dear to Simonetta Agnello Hornby, the one that has inspired most of her novels set in Sicily,  in the mythical places of her childhood memories. 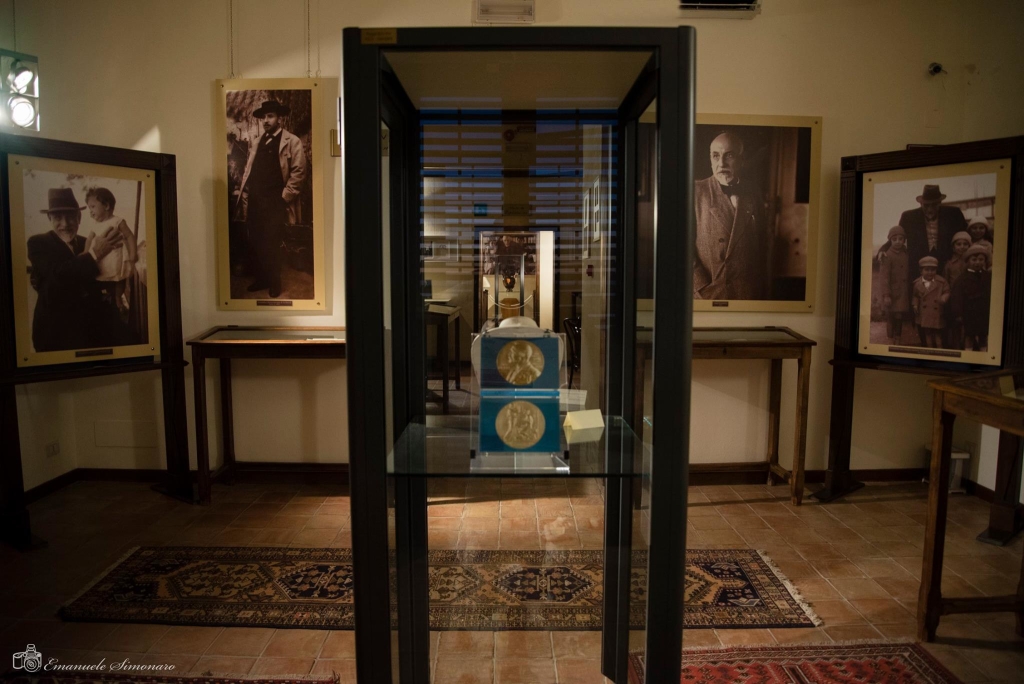 Our next stop is Vigata, the town cited in the famous saga of “Il Commissario Montalbano” by Andrea Camilleri.

Actually its true name is Marina di Girgenti, the current Porto Empedocle, where the majestic Tower of Carlo V stands out, and where the facts of “La strage dimenticata” (The forgotten massacre), another novel by Andrea Camilleri, were set.

Let’s discover the charm of the hinterland countries, which through innovative urban regeneration projects, have been transformed into centers of great interest; such as Favara, the birthplace of the writer Antonio Russello, whose most degraded neighborhoods today have been  transformed into a fantastic open-air contemporary art museum: the Farm Cultural Park.

In Racalmuto, among many other places of interest, we find Castello Chiaramontano  and Teatro Regina Margherita, a small Italian theater once used as a cinema in the years when Leonardo Sciascia was still a child. A commemorative statue sculptured by Giuseppe Agnello, put on the main street, depicts the writer walking and thoughtful, with the inevitable cigarette in his fingers. Our visit continues with the Leonardo Sciascia Foundation, a former power plant, excellently restored, a real treasure site for the writer’s scholars and fans. Just outside the city, through the state road to Montedoro, we reach the sicane tombs also known as the Caves of Fra Diego La Matina, cited by Sciascia in his novel Death of the Inquisitor.  Not far from the village, is the writer’s country house where he loved to retreat and follow his passion for writing, sometimes meeting  his friends, including  many well-known writers of the time.

Caltanissetta, defined by Sciascia the “small Athens”, gave the birth to famous characters like Piermaria Rosso di San Secondo, a big dramaturge, the poet Stefano Vilardo and the politician and journalist Emanuele Macaluso.

Among the delicacies cited in our writers’ novels  there are  the cavatelli  of Agrigento (short strips of pasta with opposite edges rolled towards each other to form a hollow shape), the oranges of Ribera, the peach of Bibona, the grapes of Canicattì, the sardines “meatballs” and the cantaloupe melon in Licata, the cuttlefish soup in Siculiana Marina, the rabbit in sour cream in Sant’angelo Muxaro, the stigghiola and the lemon taralli in Racalmuto, ‘u pitaggiu with broad beans, peas and artichokes in Castrofilippo, the macco di  fave in Raffadali, the tagano in Aragona (a typical Easter savory pie), the curly biscuits made by the Benedictine nuns in Palma of Montechiaro, the ricotta rollade, the nougat in Caltanissetta.   And moreover, the sweet cous cous prepared by the nuns of Santo Spirito in Agrigento, the cuccureddi, typical ancient sweets made in Delia, nowadays a  Slow Food presidium, and the famous ‘mbriulate of Milena.

The typical Easter sweet in Favara is the Easter Lamb. It is a marzipan and pistachios paste dessert, covered with the so-called “velata” (a sugar glaze), richly decorated with small bells, silver sugar pearls, ribbons and small, red flags.

The dessert recalls the idea of Jesus as Lamb of God and dates back to the early twentieth century, when it was prepared by the nuns of the Collegio di Maria located in the district “Batia” in Favara. 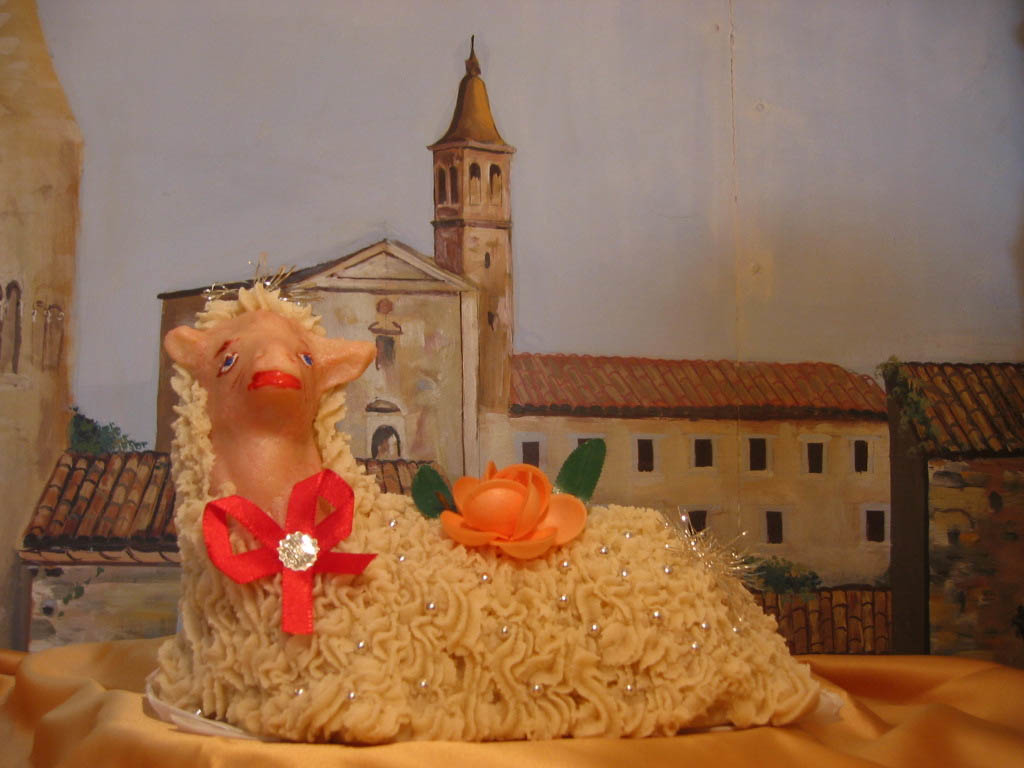 According to tradition, the dessert dates back to the early twentieth century, when it was prepared by the sisters of the College of Mary, located in “Batia” neighbourhood, to remember Jesus as the Lamb of God. We can watch the preparation of the cake and eat it during the Easter Lamb Festival that takes place at the Castle Chiaramonte every year, during the Easter period.