You cannot say you know Sicily if you have not experienced the thrill of discovering its tradition, the true essence of its own  identity. Three of them are absolutely a must-see: the Opera dei Pupi, belonging to the list of the Masterpieces of the Oral And Intangible Heritage of Humanity proclaimed by UNESCO, the Tarantella, a dance in typical Sicilian folkloric costume, and the Tradition of the storytellers. 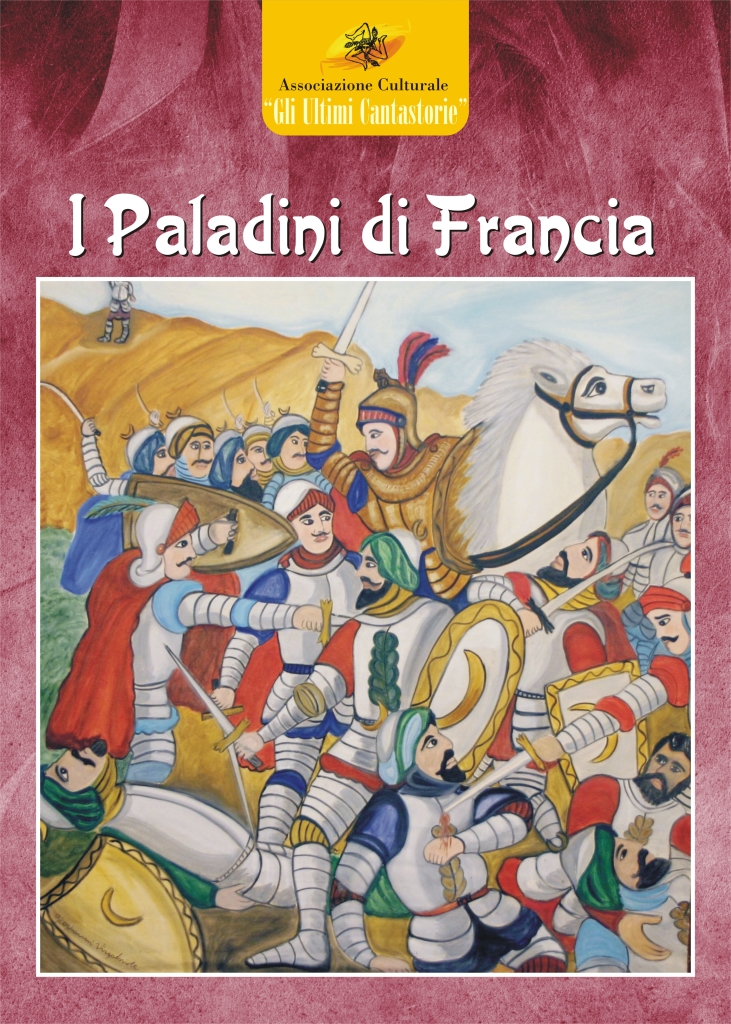 The beautiful and romantic figure of the storyteller recalls the Bard of Ancient Greece : the singer who, like a prophet inspired by gods, told stories handed down orally from one generation to another, and like a  new Homer, recited verses accompanied by the melodious sound of his zither.

A true  professional figure who over time transforms into the medieval jester and troubadour, that expresses himself in the local dialect. Today, an undisputed keeper  of the literary, folkloric and cultural popular heritage.

An ancient art unfortunately on the verge of extinction, which in Sicily is still alive thanks to  the work and commitment of 22 living storytellers, including 7 women who, driven by their passion for culture and traditions, keep on pursuing  this wonderful craft with love and dedication. 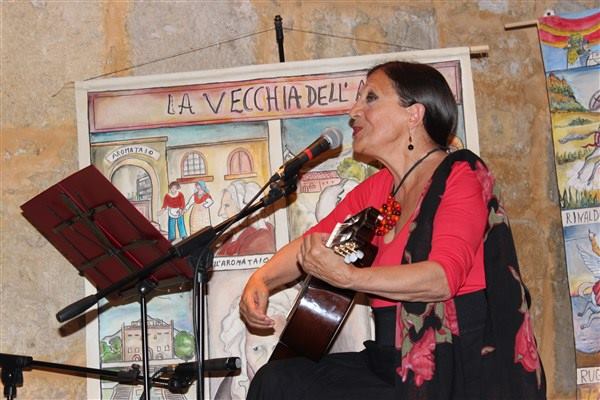 And here it is the storyteller of Sicily! A Street artist who tells and sings tales of his land, not only myths and legends, but also events and news about contemporary times. He brings with him a great cultural background, ranging from oral tradition to  endecasillabe verses or musical stanzas, accompanied by his own instruments and phantasmagorical illustrated boards, the colorful set designs realized by local artists. In a few words, a complete artist who can still convey emotions and beauty.

And this is how popular and religious songs, tales and legends relive through words and music and we can learn about La Baronessa di Carini, the History of Salvatore Giuliano, or San Giorgio and Padre Pio; and also the History of Salvatore Carnevale by Ignazio Buttitta Cavalleria Rusticana by Giovanni Verga, the folkloric songs and the most deep-rooted popular tradition such as lullabies … 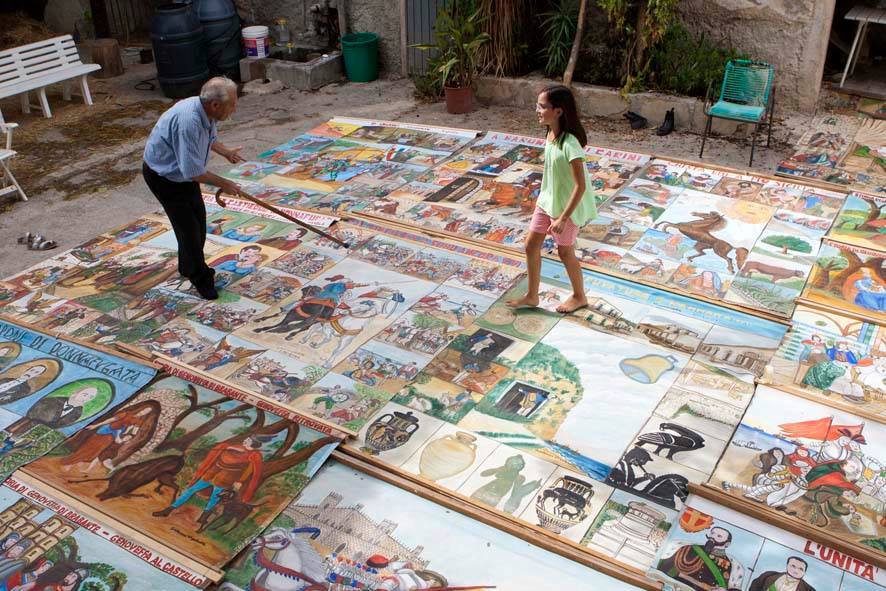 The language and style of the storytellers, an intangible legacy of Sicily, today is an accredited and safeguarded heritage through the official registration in the List of expressive practices and oral repertoires of the Sicilian Region. A true expression of the cultural and social history of a civilization that tells and tells about itself across these timeless artists.

Find out more about the   The last Storytellers of Sicily