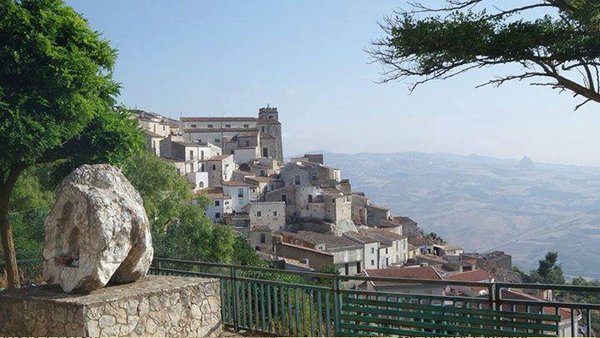 Walking through Via Roma, we come along the ruins of the fifteenth-century Salamone Palace. The Church of Maria Santissima del Carmelo, built in 1185 and rebuilt in 1934, has a porch where it is interesting to view inserts from the Ràbato mosque on the gateway. To the right, there is a small convent built in 1664, which hosts the Museum of Rural Life. Inside, you can find the Madonna del Soccorso, a marble masterpiece with three naves by Bartolomeo Berrettaro; it was built in 1503 after being commissioned by the Salamone family, whose sarcophagi adorn the chapel next to the choir.

Walking along Via Carmine we arrive to the Rabato, a neighborhood at edge of the village founded by the Arabs around 860 AD. The Rabad was a set of plaster houses attached to each other, narrow streets, steep staircases, beams and terraces. The Arab village is still accessible especially from the top of the mountain, where there are old Sicilian-tiled roofs and a network of narrow streets typical of the Arabic casbah. This is how the dammuso was created: the Sicilian plaster farmhouse with only one lofted room built on one floor. The Arab settlement is buried under several layers of constructions: in 1370, Baron Giovanni Chiaramonte raised the Mother Church of Santa Maria Assunta on the mosque built around 875; the church was restored in 1585 with an elegant Renaissance portal and a marble baptismal font from 1495. However, some Architectural Items from the mosque are still part of the church, protuding from the wall above and from the four plaster niches. 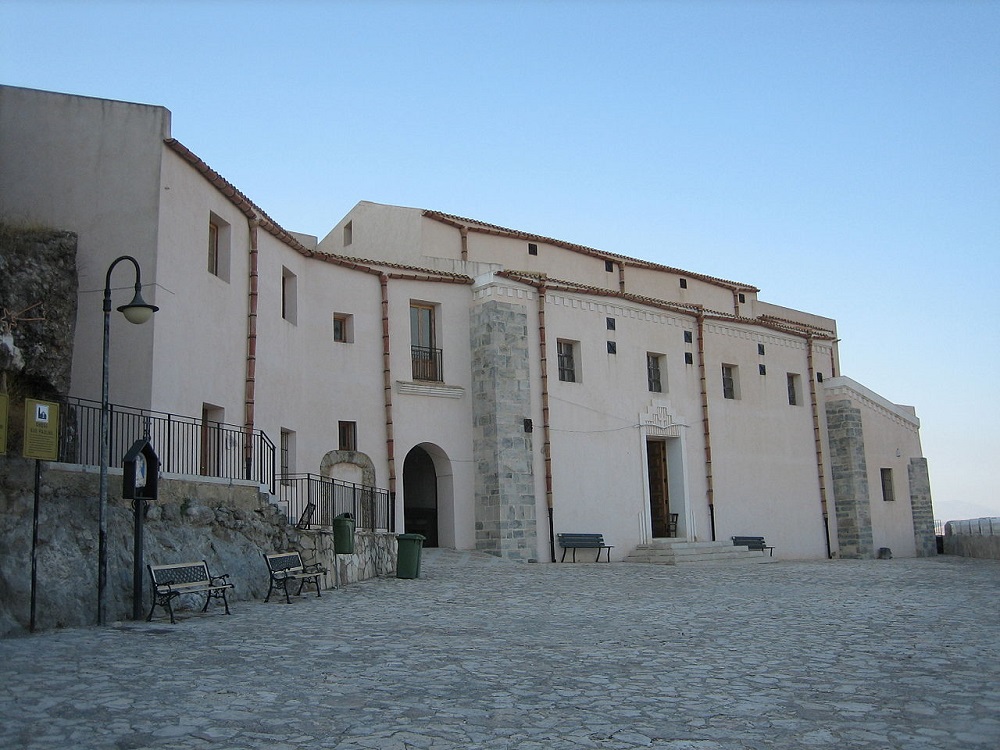 Let’s take a breath! From Piazza del Carmine, we will climb the 183 steps to Monte San Paolino which is 812 meters high. In 1370, Giovanni Chiaramonte built the sanctuary of San Paolino right on the castle’s walls. The church is next to a small eighteenth-century convent of the Philippine Fathers; there, we find a painting by Filippo Tancredi , the Madonna in trono fra i Santi Damiano e Cosma, and two wonderful urns (relics), expressions of the ancient Sicilian goldsmith. One urn, from 1498, contains the bones of San Paolino, while the other , from 1649 by the Sicilian Francesco Rivelo, is a gorgeous example of Baroque goldsmith and contains the bones of St. Onofrio.

The hill, also known as split rock or jacca – fenditura, consists of two parts separated by a gap. The legend says that the rock was split by the last breath of Jesus on the cross. Now let’s go through a path on the plateau of San Marco hill to discover the figureddi, Byzantine-style frescoes representing the four Evangelists, the Virgin Mary and St. Paulinus, probably made by Byzantine monks arrived here between the IV and VI centuries.
It is interesting to see how the craftsmen work: they skilfully interweave lu panaru, a basket of olive branches, sometimes willow and elm.

What shall we eat? Genuine food made with olive oil and local cheeses. If it is the right period, let’s taste the ‘maccu di fave” (broad bean cream)  and the  virciddata, a dessert made with nuts, figs and almonds.
A  policy document has been recently created in order to enhance the local products, branded Sutera Crib-City De.Co.
Not to be missed is the pitirri , a vegetable soup. 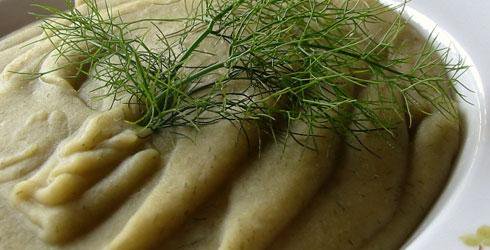