Traveling from Trapani to Agrigento or vice versa, you may risk to be distracted by the sea and miss this place, considered the gem like Sicani.
Take the Exit Sambuca di Sicilia… you’ll find a few hills and then the scenario: an immense valley of vineyards, the Orange Lake in front of Mount Genuardo, and the village with a few thousand inhabitants in the centre. 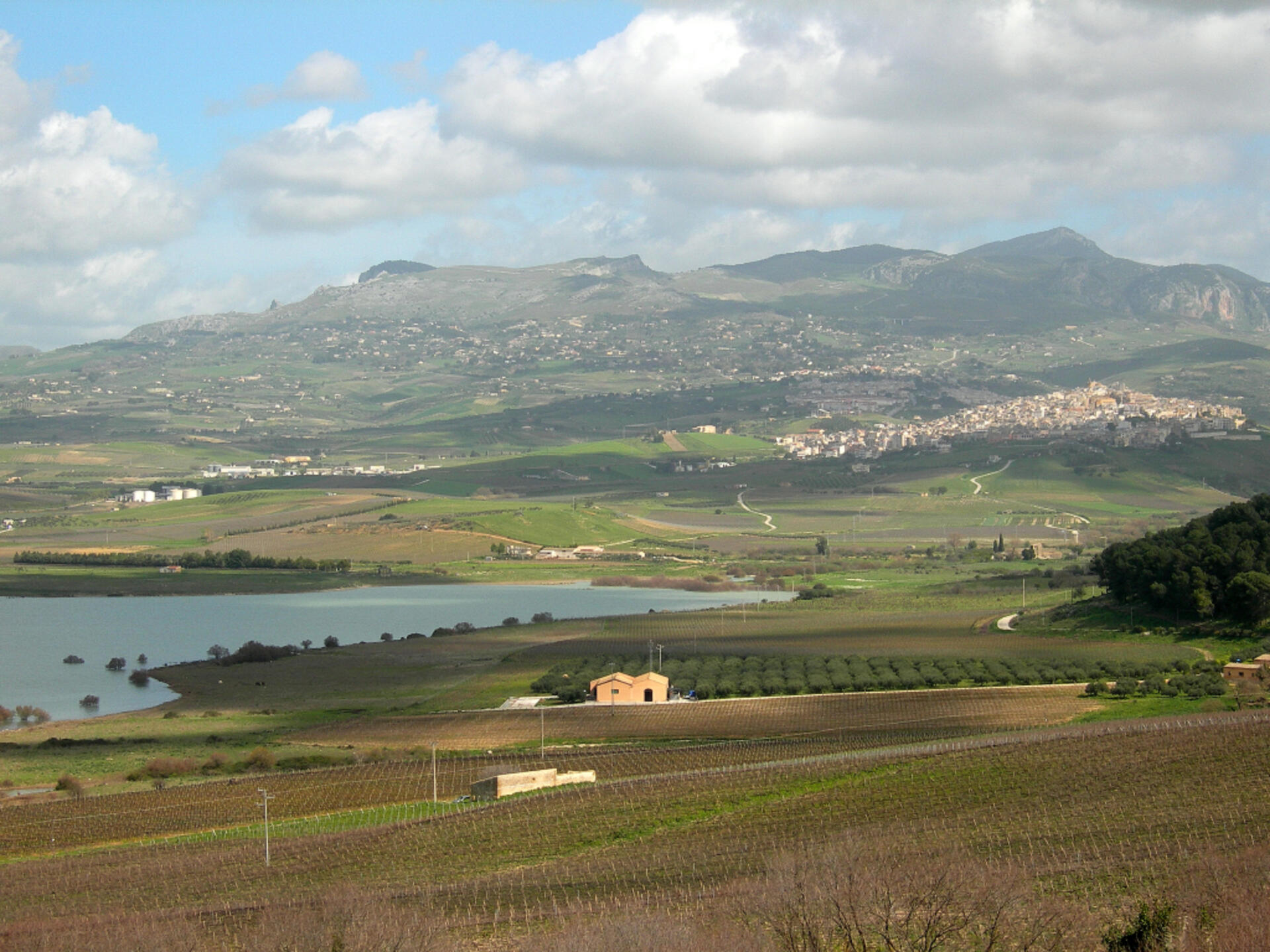 Originally it was Zabut, from the Arabic name of the ancient castle, so named by the Emir Al-Zabut (the beautiful), who transmitted this name to the conquered lands. Other hypotheses about the origin of the name go back to the Greek instrument, the Sambuca, similar to a small harp, that reminds of the urban map of the old town, or to the sambuco plants, spread around downstream.

Let’s enter the labyrinth of Saracens alleys to feel a timeless environment. 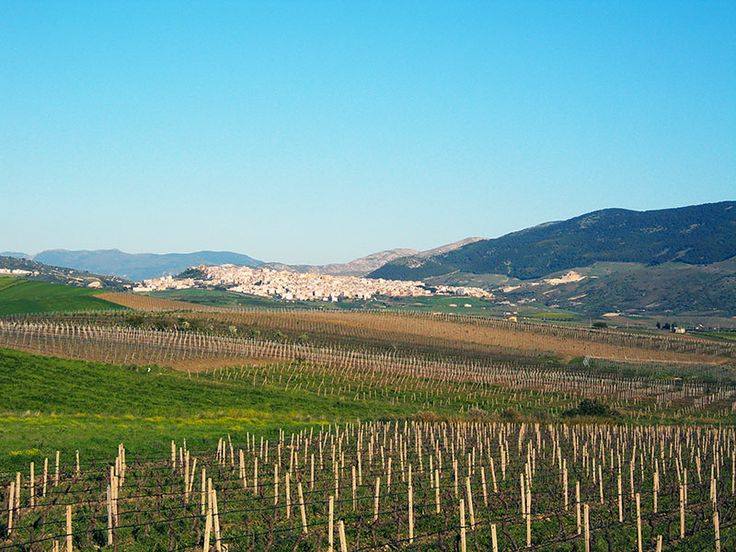 Let’s start the tour with the nineteenth-century Idea Theatre, at the very end of Corso Umberto I. 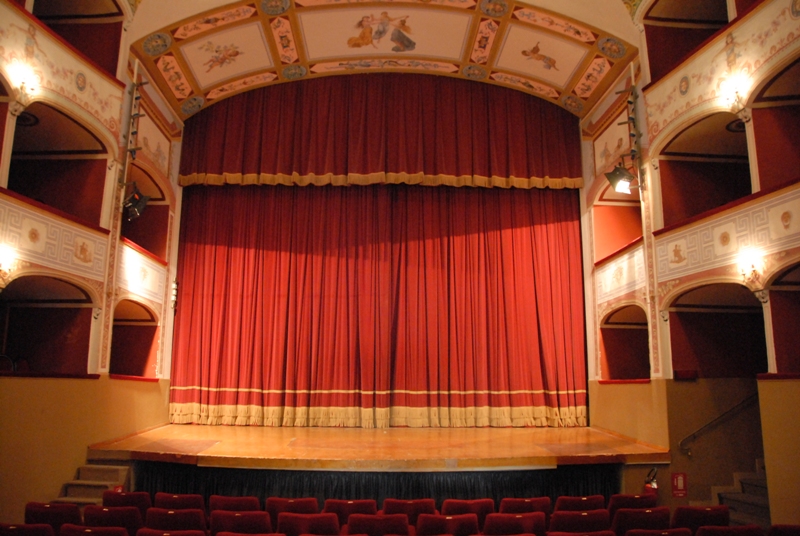 Along the main road, the stately buildings (marked by the presence of sandstone and arches that connect the main streets to the courts) alternate to thirteen worship places.

Halfway through Corso Umberto I, we find the Di Leo and Oddo Palaces and the Church of St. Joseph, with a rich white stone portal in Chiaramonte-style.

On the other side, we find the Church of Concezione: a magnificent lancet doorway of Chiaramonte-inspiration coming from the church of St. Nicolò in the ancient village of Adragna. Inside, there are interesting eighteenth-century sculptures. 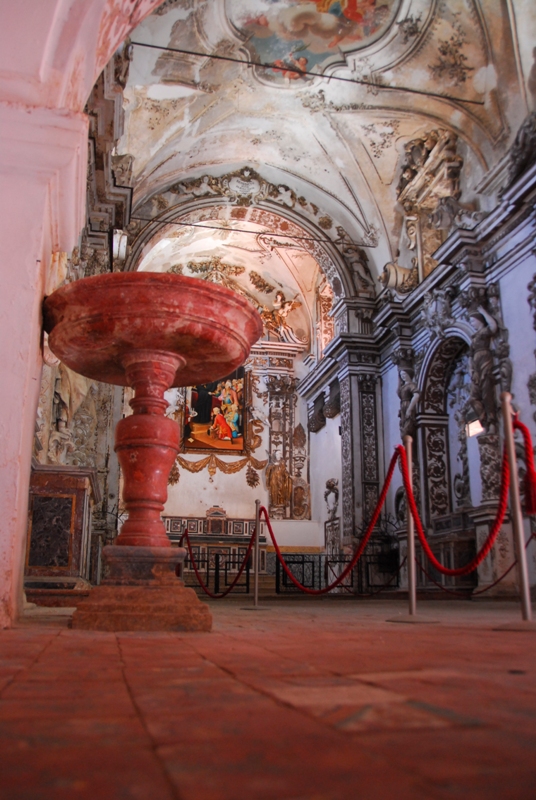 Among the oldest churches, there is the baroque Church of St. Caterina d’Alessandria, enhanced with putty, allegorical statues, twisted columns, crests and coats of arms, and a floor made of glazed tiles that come from the majolica factories in Burgio.

The tour goes on with the Casino of the Marquis Beccadelli: we see a baroque balcony with sinuous forms and a Catalan courtyard that goes back to the typologies imported during Spanish rule. This building is part of a larger group that also includes the sixteenth-century Church of St. Rocco and St. Sebastian, the tower and the hospital.

Finally, there is the Church of Carmine with the burials of the aristocratic families, wooden and marble statues: we find St. Anna from mid seventeenth-century and the Madonna dell’ Udienza from half of the sixteenth-century, in Gagini. 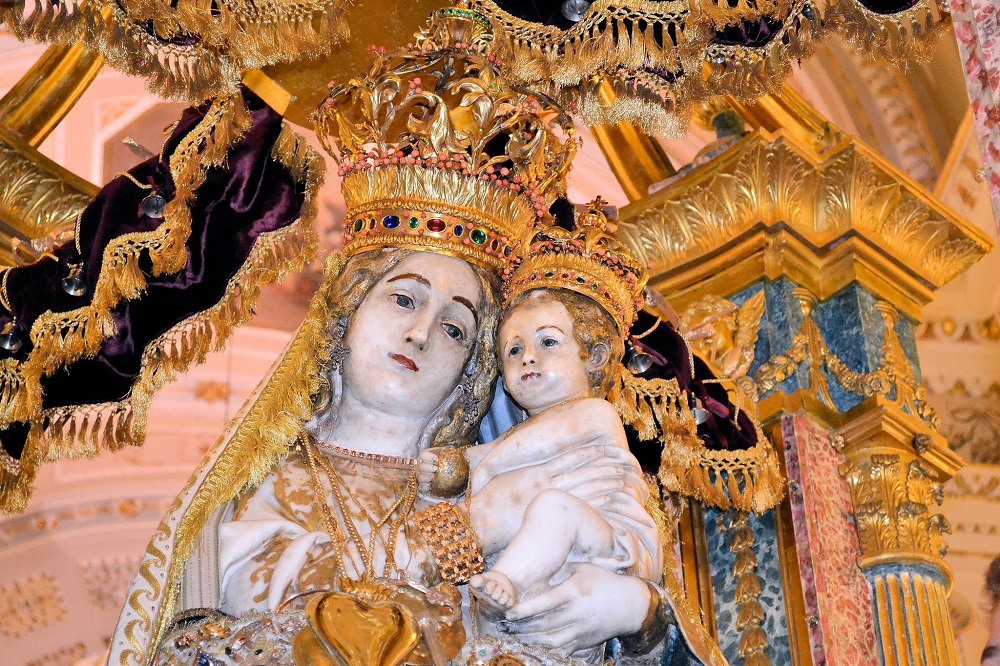 Getting back on the main street, we find the nineteenth-century Ciaccio Palace and the beautiful front of the Church del Purgatorio (1631), today home to the Museum of Sacred Art.

From the eighteenth century Oddo Palace or dell’ Arpa Palace, which is venue to the town hall, the streets’ network thickens, becomes entangled, and opens up uneven widenings: we are in the Arabian neighborhood, in the ancient heart of Sambuca, that originated with seven Saracen alleys. On the left of the plaza, there is the Amodei Palace, with its unique courtyard, located just before the church of San Michele that preserves the equestrian statue of St. Giorgio (1596) by the Lo Cascio brothers.

The tower of the castle that was later transformed into the Panittieri Palace goes back to the end of the sixteenth-century; the main floor is home to the archaeological museum.

After reaching the Navarro plaza, we go back to the dense network of narrow streets from the Arab neighborhood: a casbah with one or two floor houses, external rampant stairs and roofs with Sicilian tiles. In these Arab passages you find the purrere, ancient quarries of the sunken city.

In the neighborhood there is the Church del Rosario, that includes a churchyard from 1752 and a wooden door with carved panels; on top of the hill, there is also the Mother Church, closed for worship since 1968, after the earthquake in Belice. Despite this, there is a story – aside from the leaks among the stones and the decorations on the tower – that tells about bulding this place that was first an Arab castle, later a fortified palace, and finally a palatine chapel. 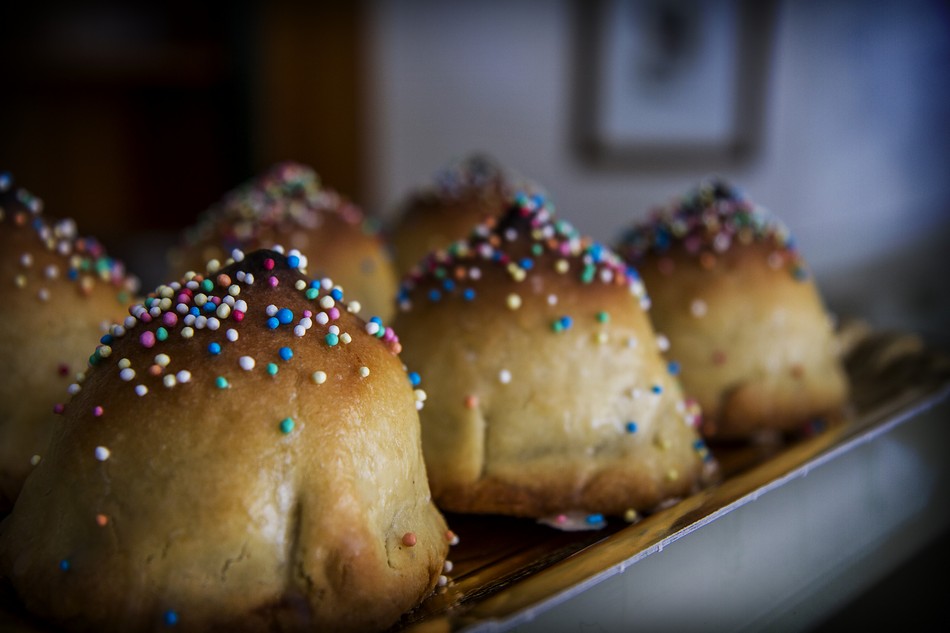 This one it’s the typical dish of the village, or better, the typical dessert of the village: the minni di Virgini is the gastronomic symbol of Sambuca in Sicily. Translated from dialect into Italian, the name means the breasts of the Virgin Mary. However, opposingly to what the name suggests, the dessert is far from being disrespectful to the Virgin Mary. The minni are instead a creation of the religious Sister Virginia Casale di Rocca Menna from Colleggio Maria; in 1725, she was commissioned by the Marquise of Sambuca to make a special and innovative cake for the wedding of her only son, Peter.

Sister Virginia was inspired by the hills she viewed from the window of her room. Thus, she created a hill-shaped cake, stuffed with ricotta cream, chocolate and zuccato, and covered with icing sugar. 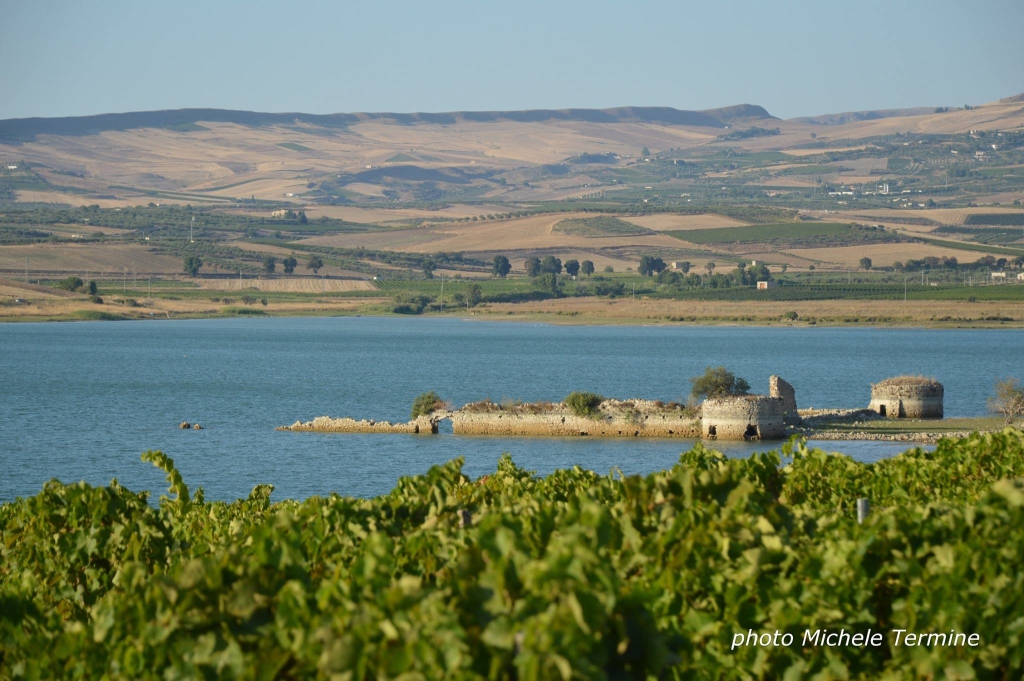 Very prestigious is the production of wines that, over the centuries, has maintained a very important role in the economy of the territory,  and still nowadays with the inception of new vineyards.

A few dozens of kilomters away, there is the Cretto di Burri, a work of contemporary land art created by the artist Alberto Burri in the old town of Gibellina.

Instead, for trekking activities, there is the nearby Nature Reserve of Monte Genuardo.