Ragusa is a two souls city: the modern city and the ancient Ibla, its Baroque lounge.

But almost as if the tradition wanted to compensate for the renovations, the history of these places is told here through the MUSEO ARCHEOLOGICO REGIONALE IBLEO.

The museum occupies the first floor of the Palazzo Mediterraneo on via Natalelli. There are dedicated sections for the prehistoric period, Camarina, Sicilian archaic and classical dwellings, Hellenistic centres, and late Roman settlements. The stele dedicated to the Warrior of Castiglione, on display in the section of the Sicilian dwellings, is very  interesting and valuable.

Another interesting location is the beautiful CATHEDRAL SAN GIOVANNI BATTISTA, which rises imposingly on the intersection of two main streets of Ragusa, Via Roma and Corso Italia.

RAGUSA INFERIORE OR IBLA The reconstruction works put a lot of attention to this part of the city with the result of creating a one-of-a-kind place, thanks to the artist’s inspiration which, in the flowering baroque style, realized wonderful palaces and churches, built with the local stone. The architectural masterpieces built after the earthquake, together with all those of Noto Valley, since 2002 belong to the UNESCO World Heritage Sites.

Going on Corso Italia, we reach Corso Mazzini that combines Ragusa Superiore and Ragusa Inferiore or Ibla on a tortuous path. You can access Ragusa Inferiore either via one of the three bridges (Old Bridge or Capuchin Bridge, New Bridge and John XXIII Bridge) or by descending a staircase hundreds of steps long, but how can you give up the latter, which is so picturesque and so inviting?

Here, at the beginning of our route, on the boundary between the two town centres, there is the CHURCH OF SANTA MARIA DELLE SCALE, built between the fifteenth and sixteenth centuries, and rebuilt after 1693; inside, there are still elements of the old structure: the three Catalan Gothic portals on the right nave, and, in the last chapel of this same nave, another portal in the refined and elegant Renaissance style.

Going up on Salita Commendatore, here it is the  typical BAROQUE style with its exuberant shapes, showing off in Palazzo Cosentini and Palazzo della Cancelleria (eighteenth century). 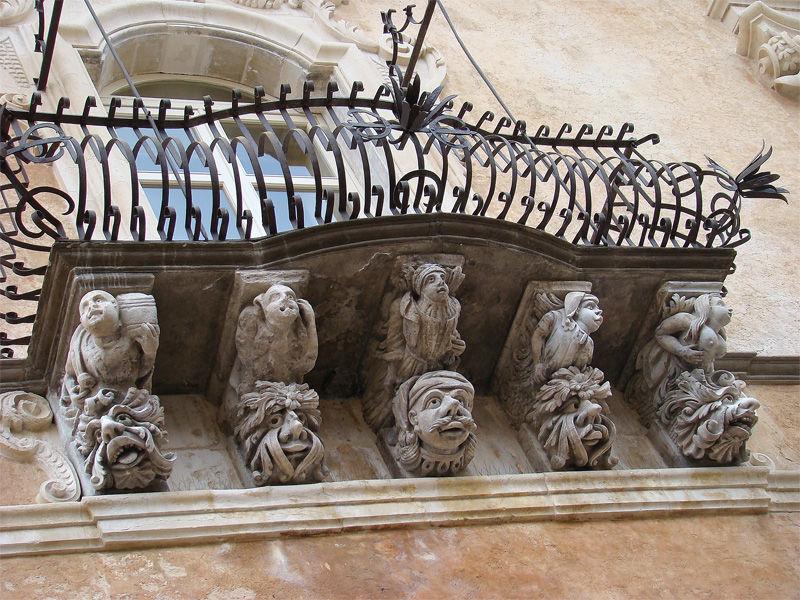 Now either walking through the Via del Mercato or other neighbouring streets, we finally arrive in front of the Chiesa di San Giorgio, THE CATHEDRAL OF IBLA. It was built and designed by Rosario Gagliardi between 1739 and 1775. The beautiful scenic façade features juxtaposed and superimposed columns, and the central structure is jutting upward. The interior has three naves divided by strong pillars. There are three good quality paintings by Vito D’Anna and some valuable silver objects held and displayed in the church’s treasury. 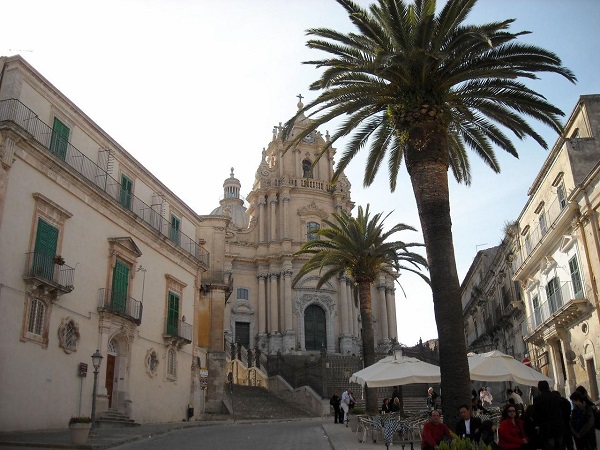 Let’s have a break and taste a nice granita while admiring Piazza Duomo and, soon after, let’s take a stroll along the pedestrian precinct, until we find the CLUB OF CONVERSATION.  We peek out the living room from outside and try to imagine the times when the erudite local bourgeoisie gathered in this meeting place and argued “with the ambition of having a solution for everything”. 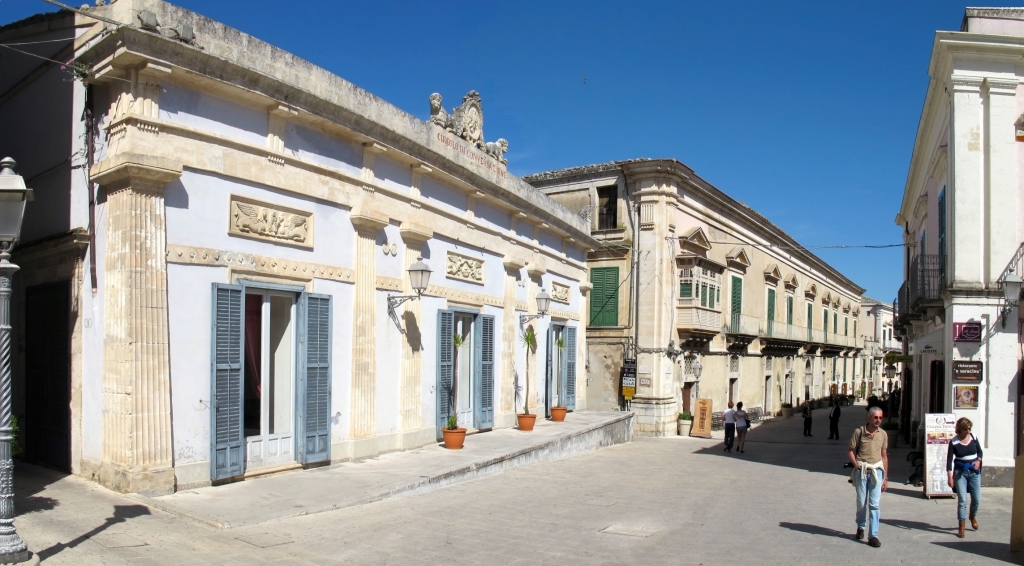 But after losing count of the many churches we’ve viewed and visited, let’s rest in the beautiful IBLEO GARDEN, planted in the nineteenth century. It is nice and relaxing to walk inside and admire the stunning scenery. The garden, built in 1858, houses the imposing 2nd War Memorial and the churches dedicated to San Vincenzo Ferreri, San Giacomo and of the Cappuccini. 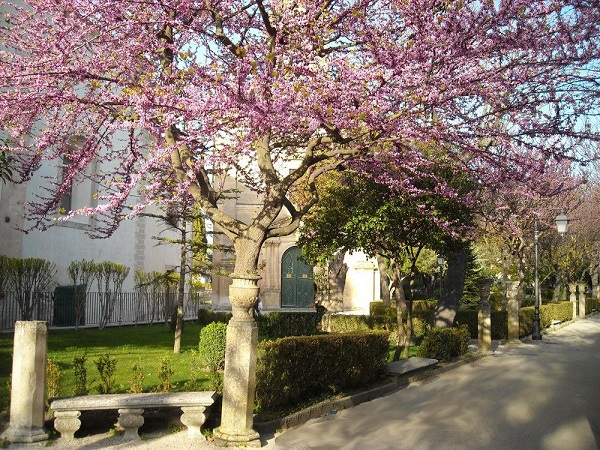 DONNAFUGATA CASTLE The name comes from the legend telling a story about Princess Bianca of Navarra who was a prisoner of Count Bernardo Cabrera, that fled through the galleries of the Castle that led to the surrounding countryside (donna fugata = woman escaped). This green area today is a lush park of almost 8 hectares having big Ficus trees and others exotic essences.
It is said to have been built on the old structure of a thirteenth-century tower;  part of the building dates back to the mid-eighteenth century but, as a whole, the building was built by Baron Corrado Arezzo a century later, and completed the main facade adding the loggia with the elegant three-lobed arches. On the main floor the castle has ancient furnishings and a large monumental pitch-stone staircase. 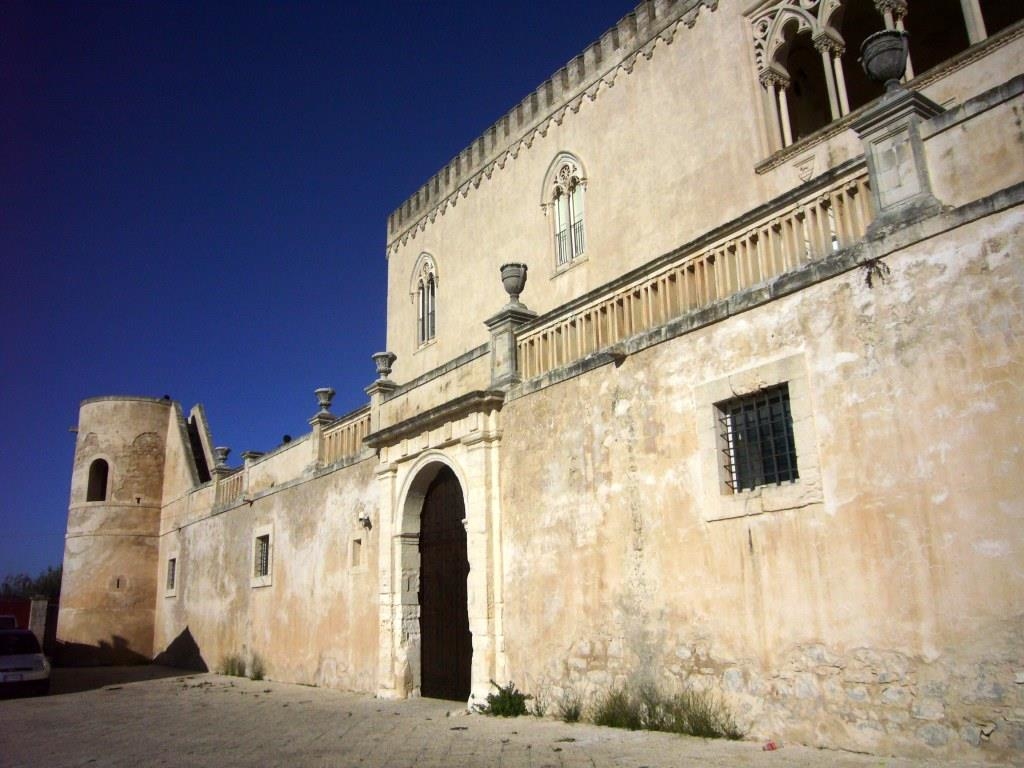 Worthy of note are the coats of arms room, frescoed with  noble insignia of the great Sicilian families, the hall of mirrors, the music room, the billiard room, and finally the so-called Princess Bianca’s bedroom,  an unlikely circumstance from a chronological point of view but very fascinating for the legend that shrouds the Castle. The rooms, the halls and the corridors are decorated with stuccos and frescoes.

FOOD AND WINE Let’s start our gastronomical tour with  the pastieri,  a pasty filled with minced lamb and goat, seasoned with pepper, cheese and eggs, typical of the area of Modica;then let’s taste the scacce, a thin puff pastry stuffed with spinach and ricotta cheese or broccoli, tomato, eggplant. The scacce are also called  impanate during Easter time.

We can also taste the partuisa rabbit, or the chickpeas cooked  with pork and the macco, a cream of fava beans. Don’t forget the caciocavallo, the typical cow’s milk cheese, rectangular shaped whose name comes from the particular location where it was placed during seasoning. 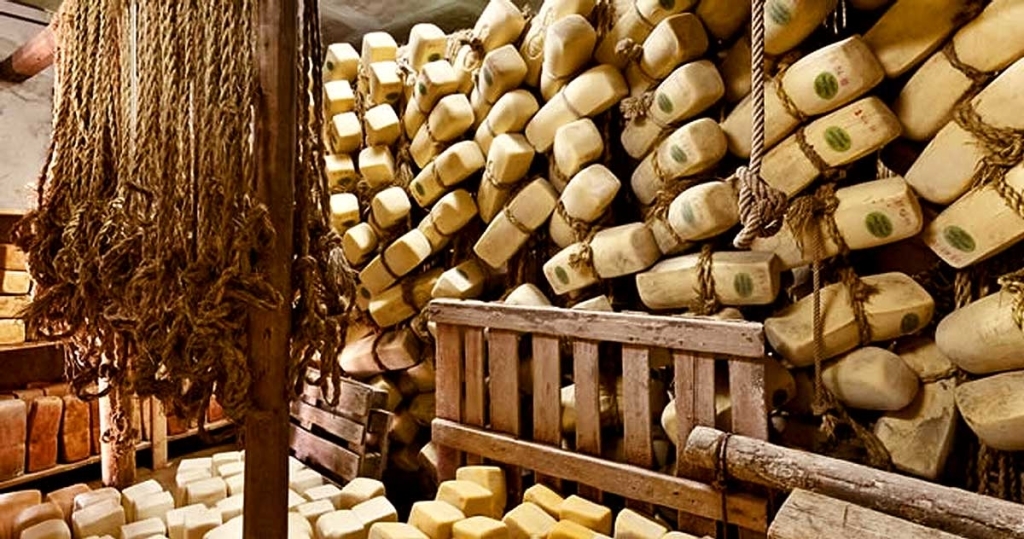 In Modica  the chocolate is a must. It’s the best one for its particular and ancient workmanship. Then the affucaparrinu biscuits, the cakes with almonds, macaroons and finally the typical ‘mpanatiggi, with almonds, chocolate, beef  and various spices. 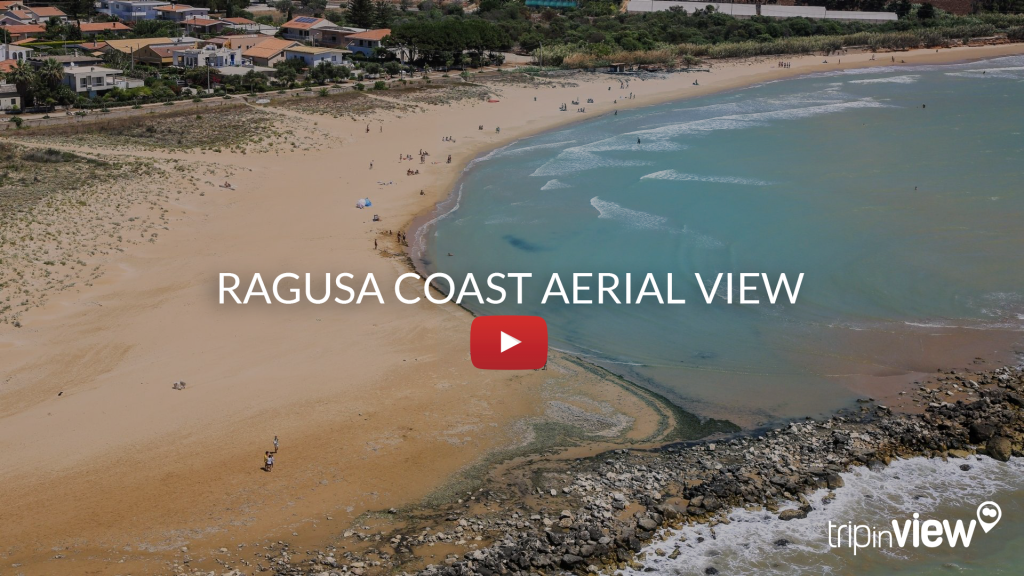