Pani cunzatu (seasoned bread) is a typical poor meal of the traditional sicilian cuisine. It’s also called “bread of misery” because, in the absence of further richer and appetizing ingredients, poor people used to enrich it with spices and cheap seasonings, easily accessible. Only the luckiest could afford the luxury of rubbing a piece of sardine on the bread, to make it tastier. The recipe, over the time, has gone evolving with the addition of more sophisticated ingredients.  The procedure is simple and we invite you to prepare it at home, just following the traditional recipe.

Cut the loaf into two parts (split it in half horizontally) and make a not deep incision in the inner part.

Sprinkle salt, pepper and oregano and spread with ample oil. Top with chopped tomatoes and cheese. Add the anchovy fillets and spread a bit of oregano.

Reassemble the bread back togheter, slightly flatting it. Place the bread into the oven for a few minutes before serving it.

The recipe can change from place to place, for example in the Eolian Islands recipe there are capers, basil, garlic (optional), mozzarella, ciliegino tomato, dried tomato, giant green olives and white wine vinegar. In this version,  bread is used as a base and it is heated for a few minutes in the oven before seasoning it. 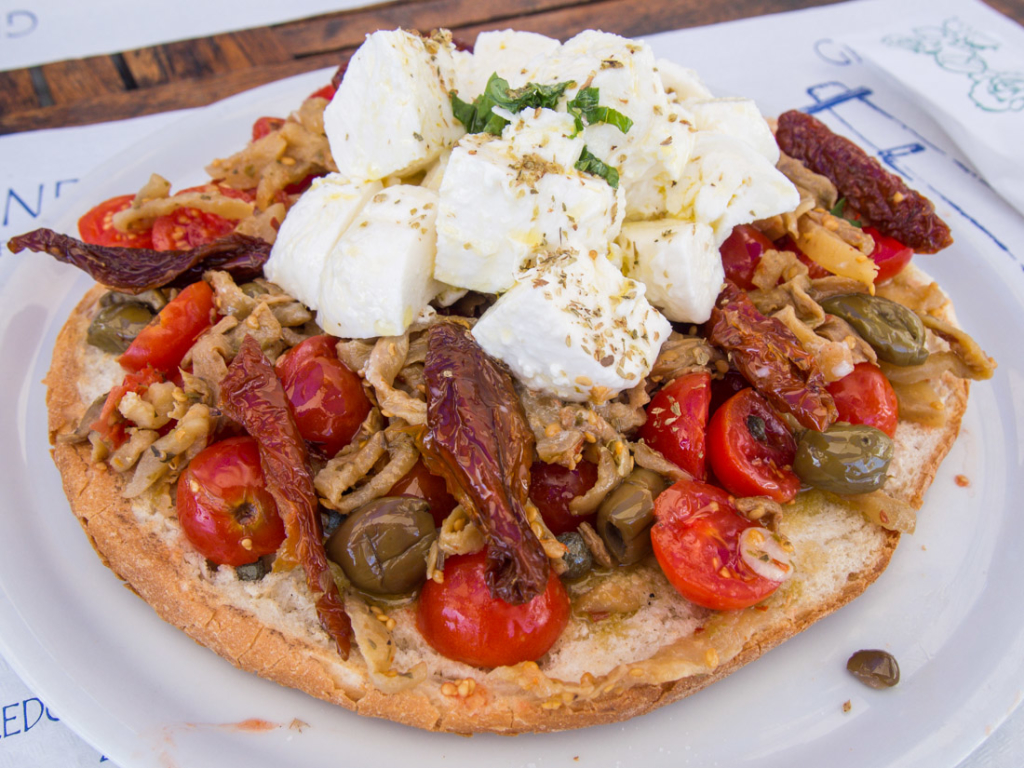