There is an aura of mystery over the birth of Novara di Sicilia, a village among the most beautiful in Italy about 70 kilometers from Messina and much closer to the northern coast of the island. The legend says that the small town, built where the Nebrodi mountains and the Peloritani mountains meet, was inhabited by the Cyclops. Only later, the town was developed by the will of the Saracens, who chose Novara di Sicilia to build a castle.

Of such castle, today there are only a few ruins, spread over a steep cliff. From this area of ​​the country, we can enjoy of a magnificent view that, during the hot summer days, allows us to see the Aeolian Islands as well. Not far from the remains of the castle, there is the Church of San Giorgio, today deconsecrated but with a very original interior: twelve monolithic columns in Corinthian style and a beautiful coffered ceiling. 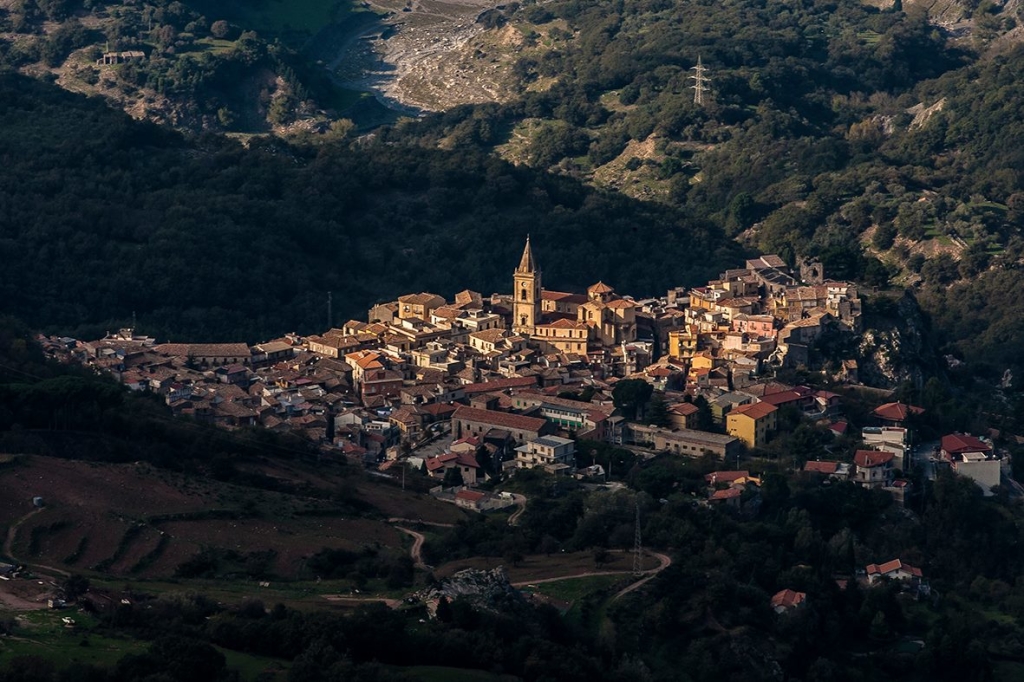 Let’s go to the historic center of Novara di Sicilia and reach the Cathedral of Santa Maria Assunta, built in the sixteenth century. The Cathedral represents a statement of local art: the particular façade is made ​​of sandstone and stands on a wide staircase. The interior is characterized by a distinctly Renaissance style that highlights the majesty of the whole building. In perfect stylistic contrast with the Cathedral, the linearity and simplicity of the small church of San Francesco is dated to the thirteenth century and is known to be the oldest religious building built in the village.

Before leaving the village, or rather, immediately after leaving it, there is the Abbey of Santa Maria La Noara, located just five kilometers from the historic center. It is a building from the twelfth century and built during the reign of Ruggero II, by the will of Saint Ugo Abate. The Abbey is the first example of Cistercian architecture in Sicily: a sober style recalls poverty and simplicity, two fundamental principles of the lifestyle of the Cistercian religious communities. Now let’s get ready for a scenic hiking trail.

Curiosity. Novara di Sicilia is also famous for being the historic home for the Tournament of Maiorchina, an ability game practiced by villagers from the seventeenth century that is still alive today. The Maiorchino is a great typical cheese made from the sheep’s cured milk. During Carnival, the cheese’s round shape is used in a skill competition: 16 teams, each consisting of 3 players, roll up a rope – lazzada – along the diameter of the Maiorchino. The Cheese (10-12kg) is then shot in a spinning movement for two kilometers down the slope of the path. After the race, everybody unites to taste this excellent product that, grated, will season the traditional macaroni and tomato.
Novara is the land of hazelnuts, celebrated in October with a big festival, and of excellent desserts, but above all it is well known for its famous, incomparably fragrant hazelnuts sausage that you can taste accompained  by a few slices of good fragrant bread.