Three thousand souls live in Monterosso Almo. It is not a village but a place out of human time and space.

The first of Monti Iblei, and the last of the thirteen municipalities in the province of Salvo Montalbano Salvo, sorry… Ragusa, or perhaps I should say the County of Modica, a glorious piece of the Spanish crown in Sicily! The municipality is located at 700 meters above sea level, so in the winter is chilly and you can find some sprinkling snow and in autumn some delicious fresh mushrooms to enjoy in the informal cafes in town.

Let’s get to Monterosso via the SS194 of Ragusa, the old road that crosses the three eastern provinces of Catania, Siracusa and Ragusa, connecting Catania to Ragusa; it is almost like taking a bike ride in a mountain circuit with bends, rocks, lush vegetation, crags, and quarries that contrast the delicacy of the hills and fresh water sources, where you can stop to draw water coming from the rocks above. 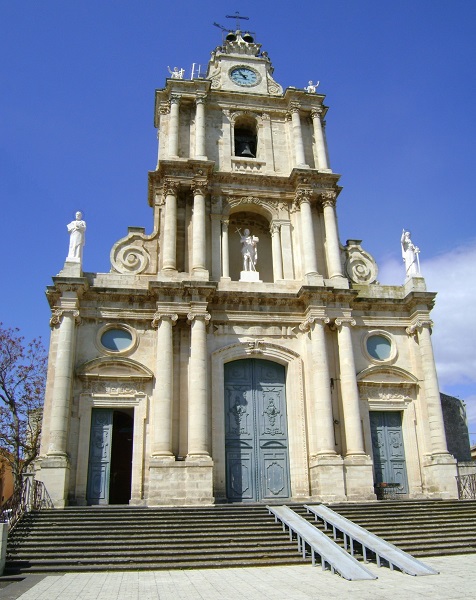 Monterosso can suddenly be seen clinging on a mountain, and it was certainly inhabited in ancient times; it is also home to important archaeological sites like the necropolis of Monte Casasia, dating back to the seventh century BC. The necropolis is within the extended Canalazzo Forest Park, where there are beautiful hiking and cycling paths.

The town had a mix of fails and successes throughout history. Its current structure mostly dates to the reconstruction work after the devastating 1693 earthquake. However, in 1168 the village already existed and belonged the Norman Goffredo, son of Count Ruggero, and it was called Monte Jahalmo.

After passing under Count Enrico Rosso’s control, the village passed to the County of Modica, first under Federico Chiaramonte and then under the Cabrera family. The palaces of the village’s noble families illustrate the vocation and the dynamics of the town: the imposing Cocuzza’s house, the elegant eighteenth-century Burgio’s palace, the convents, the main square or U chianu with the spectacular church of San Giovanni Battista. Finally, you will see a little church called St. Anna Monastery – also known as a bammina. 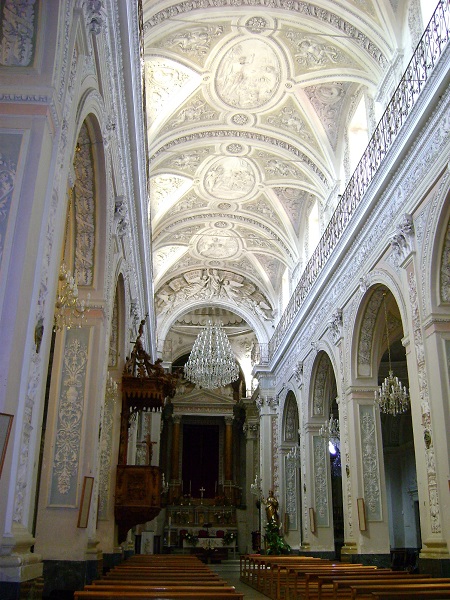 The plazas in Sicily have the same function of the Greek Agora and the roman Forum. People meet, chat, feed the economy of the bars, taste and order Sunday sweets, and go to Mass.

This plaza is no exception: it is neat and well-kept like a living-room, relatively busy, with bar tables all around, and the smell of coffee in the air; you can feel the smell of freshly baked ricotta ravioli and later that of the Ragù sauce in the arancini and the scacce of Ragusa; the sound of bells creates a symphony that marks the calm rhythms of the village and is immortalized in the Uomo delle Stelle by Tornatore.

A little further, down the neat streets in white stone, we pass through small gardens, dotted by succulents planted in recycled barrels; we can also walk along streets where you see grapes on the pergola, planted between the flagstones to bring refreshment to balconies. Around the corner you find a simple plaza, between the Sanctuary Addolorata, ancient and precious mix of art, and the scenic church Matrice, with its neo-Gothic façade that is rare at this latitude and bordered by a churchyard.

These two churches that seem to beware and embrace the whole city, delimit an old neighborhood that during Christmas time becomes the stage for a beautiful nativity scene that takes place inside a natural cave; despite the notoriety of the event and the crowd of “Christmas” tourists, the atmosphere is very charming and always draws comparisons with that of the typical district of “Cuozzu”, in the nearby Giarratana.

Bread is the specialty of the village, as u scacciuni: taste it still warm with olive oil, oregano and the cappuliatu, tomatoes dried under the sun.
On the occasion of  special events you can find loaves with particular forms, such as breast shapes for the feast of St. Agatha, eyes for that of Saint Lucia, and even in cannarozza shape (trachea ) for San Biagio’s Feast.
Very important is the cultivation of many cereals, including the ciciruocculu (grass pea) used in the recipe of patacò with vegetables.
On the occasion of the Patron Saint’s festival people cook a special dish named u iaddu chinu, (stuffed chicken) filled with meat, rice and various spices.
And also the pastieri, meet pies with lamb and kid seasoned with pepper, cheese and eggs,  the ‘mpanate, made of thin leaves of dough, stuffed with spinach, sauce, cheese, meat, broccoli and sausage.

On special occasions, do not forget to try the cassata with ricotta cheese at Easter time, the crispelle for San Martino’s Feast , and the pagnuccata for carnival.