Walking through Geraci Siculo’s alleys, that seem to belong to a bygone era, it is easy to meet the welcoming smile of  local people.

This medieval hamlet, into the heart of the Madonie Mountains, will seduce you with sweet silences and breathtaking views. This fortified citadel is nestled on top of a hill whose shape looks like the back of a horse. The name Geraci Siculo (Palermo) comes from the Greek word Jerax, (vulture) since, during  the Greek colonization, in the 8th century BC, the fortress was the home of these predatory birds.

In medieval times it was a very important county and among the favorite residences of the Ventimiglia family, a famous family that has left many historical and artistic monuments. The first, visible from outside the village, is the “Bevaio della SS. Trinità”, a watering place with two stone fountains with four mouths that poured water in sandstone cups. Furthermore there is the Castle, set on a hill that is difficult to access. The castle is in Byzantine style devoid of decorations, now mostly a ruin, but in the past it was a military fortress. Near the castle, there is a small church dedicated to St. Anna, built to be the Palatine Chapel of the Ventimiglia family. The legend says that there was a skull of the saint inside the chapel that was moved to the nearby Castelbuono. 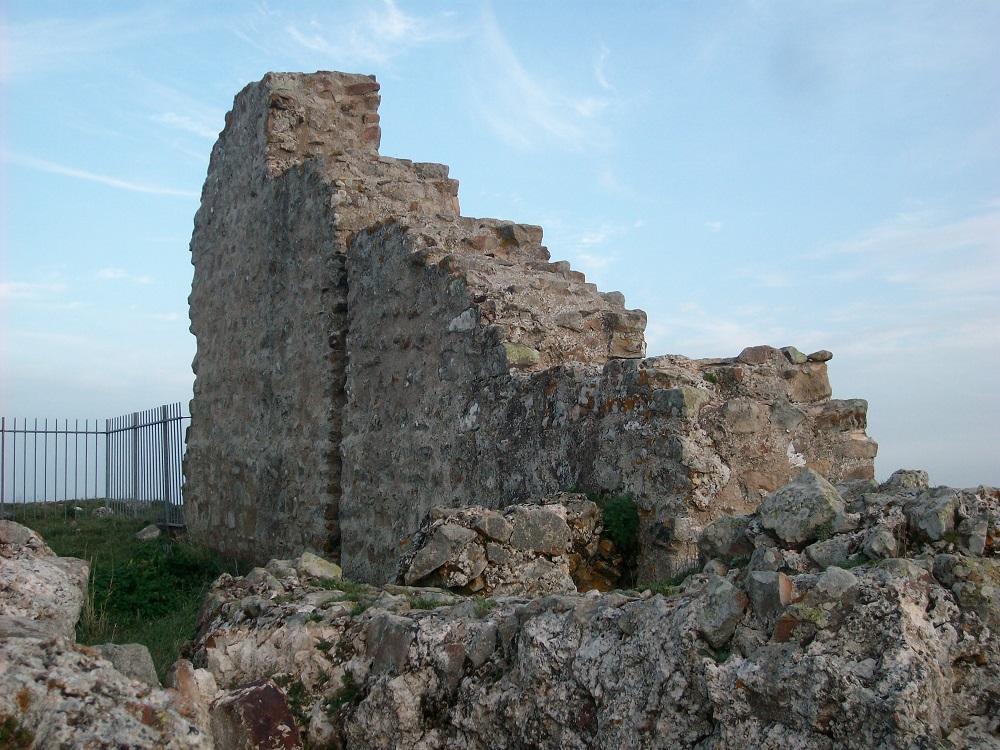 Among the narrow streets there is the Mother Church, consecrated to the worship of Santa Maria Maggiore and the kingdom of the antithesis; here, the Romanesque exterior with simple shapes and lines contrasts the inside, which is instead rich of marble elements, such as the baptismal font of the Gagini and the wooden choir in its monumental forms, from 1650. Furthermore, you go down to the crypt of the church that preserves the treasure of Geraci: gold and silver liturgical objects and tools and embroidered vestments. The artist Antonello Gagini is the protagonist of the artistic heritage preserved in many churches here in Geraci: the altarpiece in marble on the altar of the Church of St. Bartholomeo and the triptych in polychrome marble preserved in the Church of Santa Maria La Porta.

Leaving the village, in a forest lying in the land of Vicaretto, our last stop is the Church of Santa Maria della Cava, a small chapel which  in the Norman period was   annexed to a Basilian Monastery. Its interior suggests the Byzantine style while outside it has a Romanesque facade, decorated with an embossed rosette and an arched doorway.

The village’s culinary speciality is the homemade maccarruna, fresh pasta similar to noodles, served with mutton ragout. Let’s also try the tagghiarini cu sucu of crastagneddu , fresh homemade tagliatelle, served with tomato sauce and mutton.
Don’t’ forget the pasta ca fasola, pasta with local fresh beans. A typical  second dish is the cuosti of crastagneddi (mutton chops), the sasizzunedda ca addauro (minced meat sausages, wrapped in laurel leaves) cooked on the grill, the pittrina ca fasola, mutton sauce with local green beans.  Among the dairy products you can taste the tuma frisca cu zuccaru  (fresh cheese served with sugar) or tuma with anchovies, and  – for a sweet ending – the nice morsels called vuccunetta or serafineddi , made with honey and almonds.