Ferla (Siracusa) has a remarkable architectural style, with a great landscape and history; this is noticeable in the yellow/golden stone and in the baroque architecture typical of the Val di Noto.

You will see a picturesque promenade between architecture and baroque scenes in the inner Sicilia; around the Sicilian-Hyblaean area there is the largest necropolis in Europe, Pantalica, a UNESCO heritage along with the city of Siracuse.

Ferla is a medieval town built on the remains of a Hellenistic necropolis that was destroyed by the terrible earthquake of Val di Noto in 1693; from that time, it was entirely restyled following a new urban plan that consisted of classical designs, strongly influenced by the contemporary reconstruction of Noto.

The so-called elegant Via Sacra presents beautiful buildings and five of the eight religious buildings of the city. The first on our itinerary is the Church del Carmine that combines Doric and Ionic orders in perfect harmony; then there is the majestic and impressive Church of San Sebastiano with a group of sculptures on the façade, which is considered the most representative of the baroque sculpture; it is a work by architect and sculptor Michelangelo di Giacomo. The statue of San Sebastiano Martire in orange wood is kept in a shrine behind the altar; the saint is the patron of the Hyblaean village, and it was miraculously saved from the 1693 earthquake. 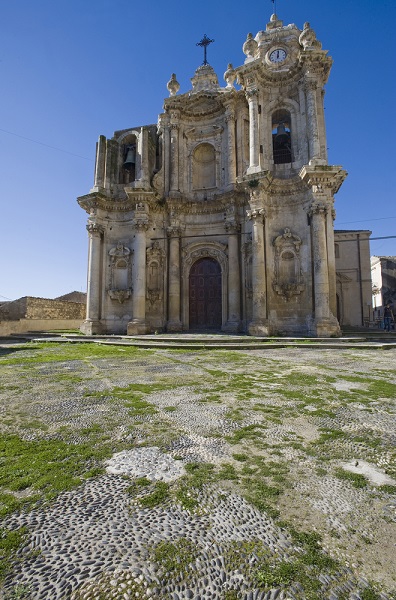 The Carceri Vecchie neighborhood dates back to medieval times, where we can breathe the authentic atmosphere of the village through a path that ends in small streets, alleys and caves. These streets are characterized by traditional houses with a hole in the door – the iattaruala – that is the cat’s entrance; there could also be a small window on the door – the giustieddu – to see without being seen: these are some details of an old Sicily that old neighborhoods like Castelverde and Calanconi still preserve.

It follows the Mother Church, which preserves the portal, the oldest example of the municipal coat of arms, originated by the union of the arms of the Marquis Rau and the La Ferla.

Our walk along the Via Sacra continues: our next stop is the Church of Sant’Antonio, protector Ferulae, that has the original Baroque façade with some Rococo signs; today it is the fulcrum of the historic town of Iblea. The interior of the church is unique in the south-eastern Sicily as it is built on a particular Greek cross. 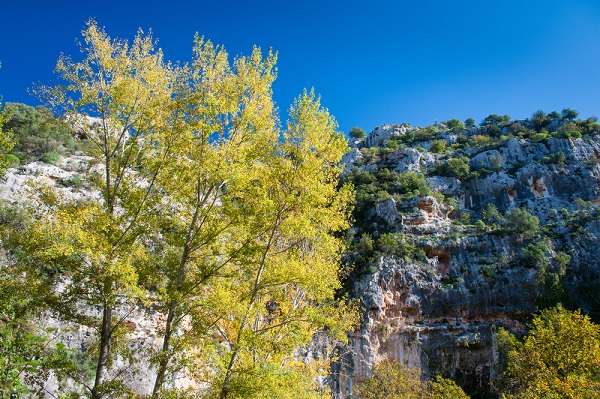 Currently incorporated in the town, but originally at “500 steps from the village” like the rule of monasteries stated, there is the Church of Santa Maria that is annexed to the convent of the Minor Friars. It preserves one of the 33 wooden crucifixes by Friar Umile da Petralia (1633) in the apse of the central altar. An anecdote says that depending on the different angles from which it is observed, the face of Christ seems to hint a cry or a smile.

Among the desserts, the cassatelle, cakes filled with ricotta cheese seasoned with cinnamon, the cavagnedde in the shape of horse or doll, stuffed with the toasted pastry dough and a boiled egg.

And if that were not enough … sfinci, thin, fluffy and crispy pancakes, the pagnuccata, sweet pastry dough balls covered with a sweet honey glaze.