Feast of San Calogero in Agrigento

Feast of San Calogero in Agrigento

The Feast of Saint Calogero in Agrigento is a mixture of folklore, tradition and devotion. The celebrations last eight days, from the first to the second Sunday of July.
The tradition tells that the “black” Saint, Calogero, came to Sicily to evangelize it and to spread the christian faith in the island. Saint Calogero preached and took care of the sick and of the poor men. He treated sick people with the sulphur waters that he found in the lava caves, where he lived in hermitage. 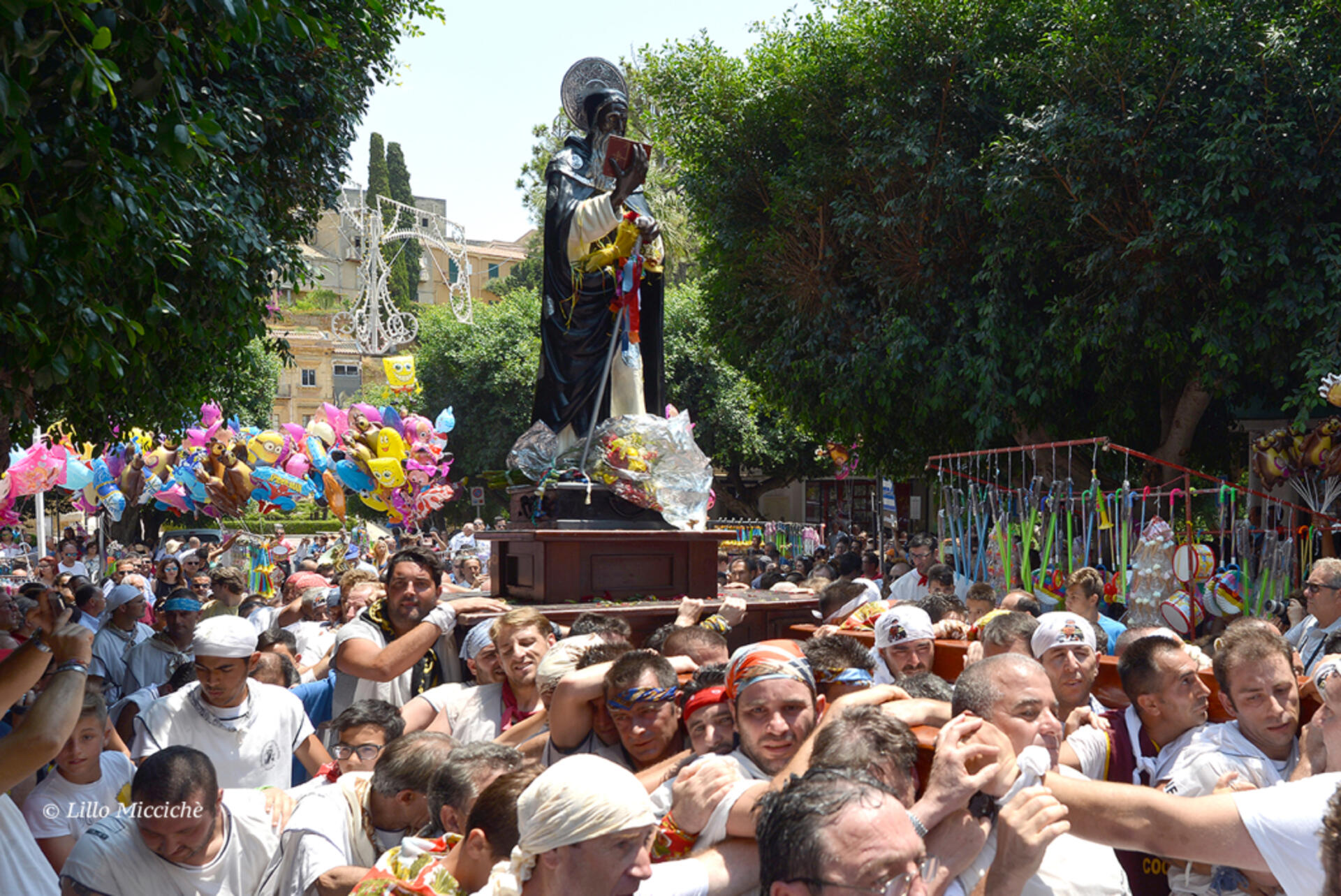 During a plague epidemic, he went to the village to get bread for the poor, and people, scared for the contagion, threw bread from the windows of their homes. And this is the reason why nowadays the devotees from Agrigento still throw some small loaves covered with sesame and fennel seeds towards the statue of their miracle worker during the procession.

Even today, many worshippers leave their home, barefoot, and go on pilgrimage to his Shrine, to thank him for the graces received. During the days of the celebrations children wear a white dress. 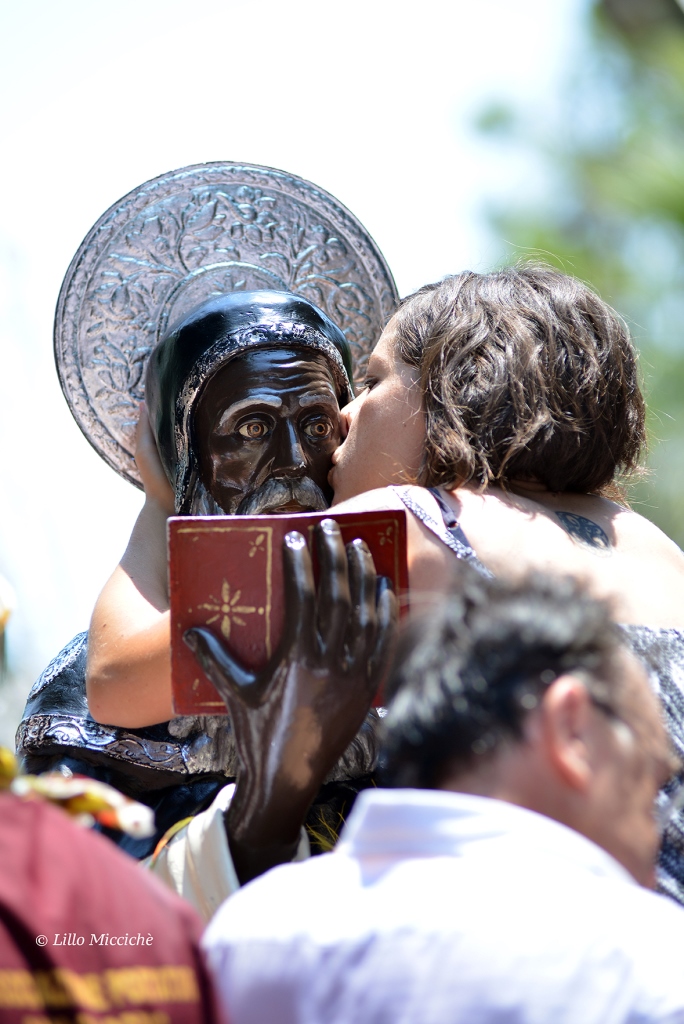 The day of the Feast a band of drums passes through the streets of the town, among the stands displaying local products. There is also a fair of animals and tools for agriculture.

In that same morning, the Alborata opens the celebrations with a shot of firecrackers.

At noon the wagon with the statue of the Saint crosses the most ancient streets of the town, and afterthat it comes back to the church. Then, in the afternoon, it comes out again, accompained by the civil and religious authorities.

After the fireworks show, known as ‘a maschiata di San Calò and the torchlight procession, the statue of the Saint returns to the Sanctuary.