Easter cakes to taste in Sicily

Easter cakes to taste in Sicily

The well nown Sicilian bakery art, during special occasions, gives of its best and, at Easter, coinciding with Springtime, every banquet table or bar window, becomes a triumph of sweet delicacies!

Most of Easter cakes in Sicily come from the ancient tradition of making desserts and biscuits in monasteries and convents, as result of centuries of competence and imagination of the good nuns. Traditions that have been handed down for centuries and are still alive today.

The typical Easter sweet in Favara, in the area of Agrigento,  is the Easter Lamb. It is a marzipan and pistachios paste dessert, covered with the so-called “velata” (a sugar glaze), richly decorated with small bells, silver sugar pearls, ribbons and small, red flags. 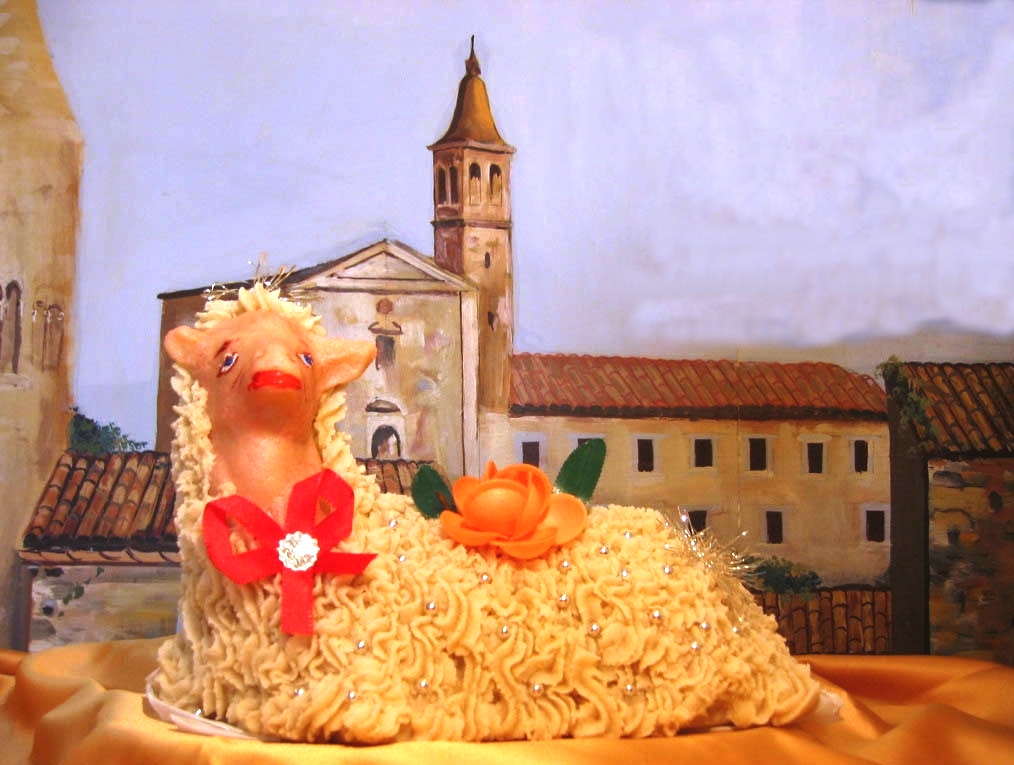 The dessert recalls the idea of Jesus as Lamb of God and dates back to the early twentieth century, when it was prepared by the nuns of the Collegio di Maria located in the district “Batia” in Favara. You can look at the preparation of this yummy dessert, and taste it of course, at Chiaramonte Castle during the Easter Lamb Festival which takes place every year during Easter Holidays.

The Picureddi (little sheeps), easily found throughout the island, are instead marzipan sweets shaped as sheeps, lying on their side and placed on a “green lawn” littered with colorful sprinkles.

In Erice, in the area of Trapani, the Ericini are still made today in the Convent of San Carlo. These delicious marzipan sweets are finely decorated and stuffed with cedar jam.

If you go to Agira, near Enna, during Eastertime, you will find instead the Cassatelle of Agira, which have nothing to do with the famous cassata with ricotta cheese. They are fancy, delicious pastries made with a thin shortcrust stuffed with a fragrant filling of cocoa, cinnamon and toasted almonds.

Another typical Easter cake very spread throughout Sicily, notably in Modica area, is the Cassatella with ricotta or tuma (fresh pecorino cheese): a loaf stuffed with ricotta, small pieces of chocolate and candied fruit. Instead of ricotta you can find a stuffing of tuma, a very fresh unsalted pecorino cheese, melted with sugar. The topping is with vanilla icing sugar or cocoa powder.

Lenten biscuits, a very old Sicilian tradition, originally were a votive dish related to Lent. They were, in fact, a perfect remedy for the days of Lenten fasting required by the Catholic religion. They are cooked all over Sicily, from Enna to Siracusa, from Catania to Palermo, but their common feature is the use of almonds

It is a typical Easter biscuit in different shapes (little baskets, doves, ponies, hearts) that once, before the arrival of the modern Easter Eggs, were the gift given to lovers or to friends and family. 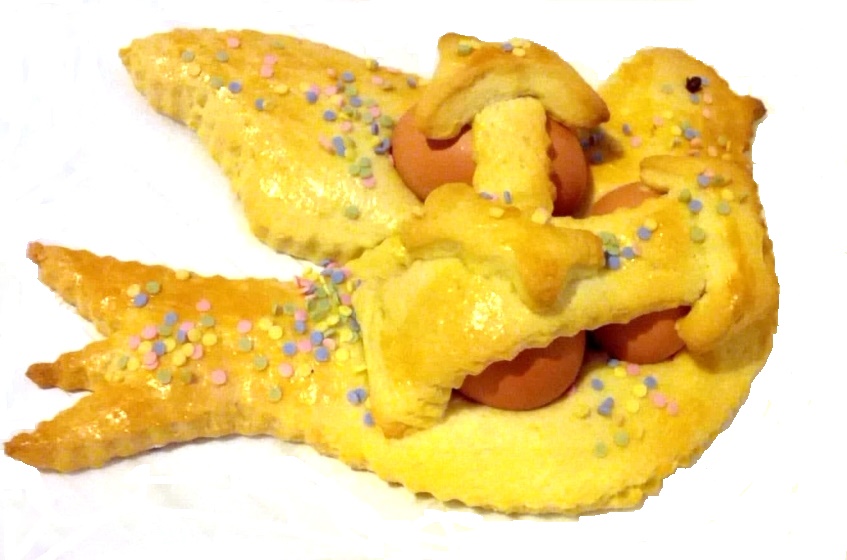 Tradition has it that u pupu is a home-cooked cookie: it is decorated with hard-boiled eggs left in their shell, stripes of dough and colored sprinkles. In ancient times the cuddure had to have and odd number of hard-boiled eggs, usually twenty-one, to remember the day of spring’s beginning.

Finally, the famous Cassata Siciliana, the queen of all Sicilian sweets, that cannot be missing at Easter, so much so that there is even an old saying: “Tintu cu’ un mancia a cassata la matina di Pasqua” (The one who does not eat the Cassata on Easter morning is a evil one)

Besides the desserts belonging to the old Sicilian tradition, you will find the great Easter classics: chocolate eggs, symbol of life and renewal, and handmade “Easter dove cakes” (try the ones filled with Avola almonds, pistachio of Bronte or chocolate of Modica)