Catania is a city continuously revealing itself, exciting and contradictory, somewhat blatant with its opulent baroque, but modest at the same time with the enchantment of some unexpected places. This is how you will find the most ancient theater in the city: the archaeological complex of the Antique Theater and the Odeon 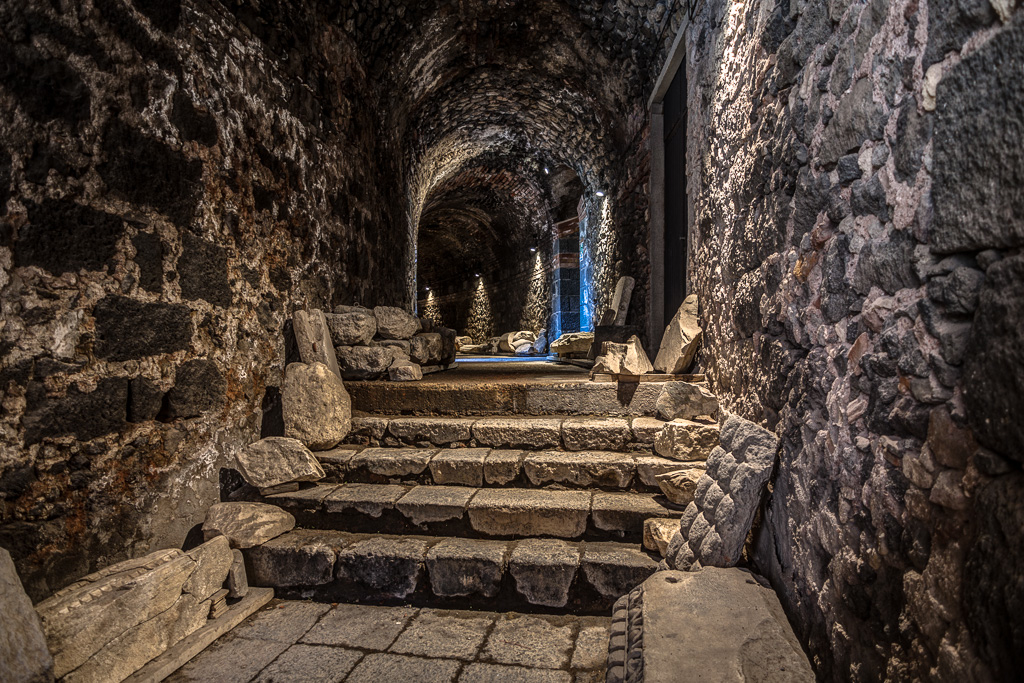 Hidden in the nineteenth-century area of ​​Catania, the witness of past times, the theater was built in the 1st century AD over a pre-existing Greek building, (traces of it, dating back between 5th and  4th century BC,  have been recently found) and it’s probably the place where  Alcibiades gave his famous speech to the Katanaioi to encourage them to ally with Athens, against Sparta and Syracuse, during the Peloponnesian war.

Designed to accommodate up to 7.000 spectators; refined, elegant, with a marble columns decorated scene later enriched with niches and an provided with an illusory perception of a even wider depth, thanks to a optical effect; equipped with a  orchestra of about 22 m of diameter   and a large cavea of about 98 m  consisting of 21 rows of seats and divided into different sectors by a number of lava stone stairs; conceived so that the waters of the river Amenano could convey there and create water games or  move the mechanical gears of the scenes: this was the magnificent theater that people could admire at the time. 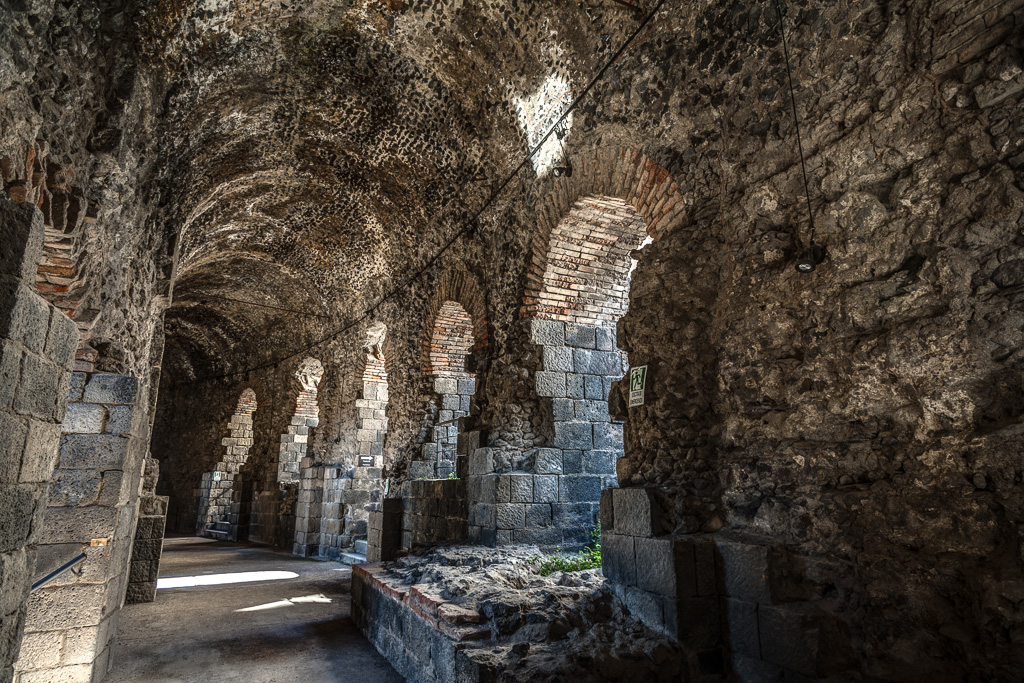 By the end of the Roman Empire the building, unfortunately, slipped into insignificance and lost its splendor so much so that quite all marbles that decorated it were used for the construction of Sant ‘Agata Cathedral and, incredibly, it was gradually covered by other buildings.

Thanks to the  open minded Prince Ignazio Paternò di Biscari and to the archaeological excavations he commissioned and directed in 1770, all buildings  inside the theater were demolished, an so the monument could come back to light and resume its likely original appearance. 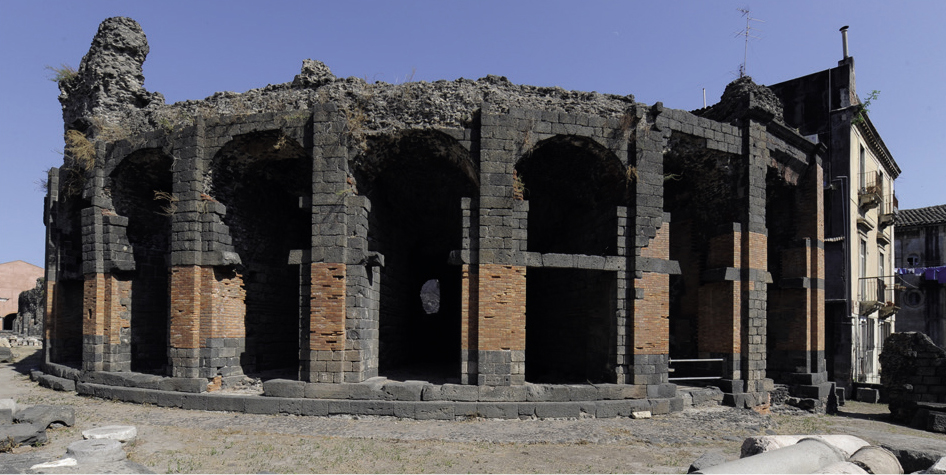 Slightly higher than the theater, on its west side, there is the Odeon, also dating back to the Roman era, which could host  around 1500 spectators.

It was characterized by an original architrave made of squared lava stone blocks, which hadn’t  a real supporting purpose but a purely decorative aim. Here dramas, art, music and dance performances,    took place,  probably, even the rehearsals for the shows which would then be held in the larger theater.

A wonderful habit that has been recovered in  recent times with a bill of summer events that make the theater live again as a lively stage.

Watch the trailer of the  Antique Theater virtual reconstruction