Castroreale, called the “faithful” by Frederick II of Aragon, is a medieval village in the north-western Peloritani, near Messina. It is a place full of history, churches and works of art with a beautiful view; it is also home to the procession of the Cristo Lungo and the typical castrense cookie u biscottu Castriciano, created by the Poor Clares who lived in the Monastery of Santa Maria degli Angeli until 1866.

According to the legend, Castroreale dates back to several centuries before the birth of Christ, when a king named Artenomo came from the Middle East and founded a city to honour his daughter Artemisia. Subsequently Castoreum – husband of Artemisia – built Krastos, a new settlement, that over time changed its name in Crastina, then in Cristina or Crizzina, and lasted until the early decades of the fourteenth century. The settlement held an important role during the Sicilian Vespers. As the Vespers demonstrated loyalty during the struggle against the Angevin, Frederick II of Aragon rewarded them by ordering the construction of a Castle with a diploma from 1324.

From this date the real history of the town begins: the town first took the name of Castro and then Castroreale. 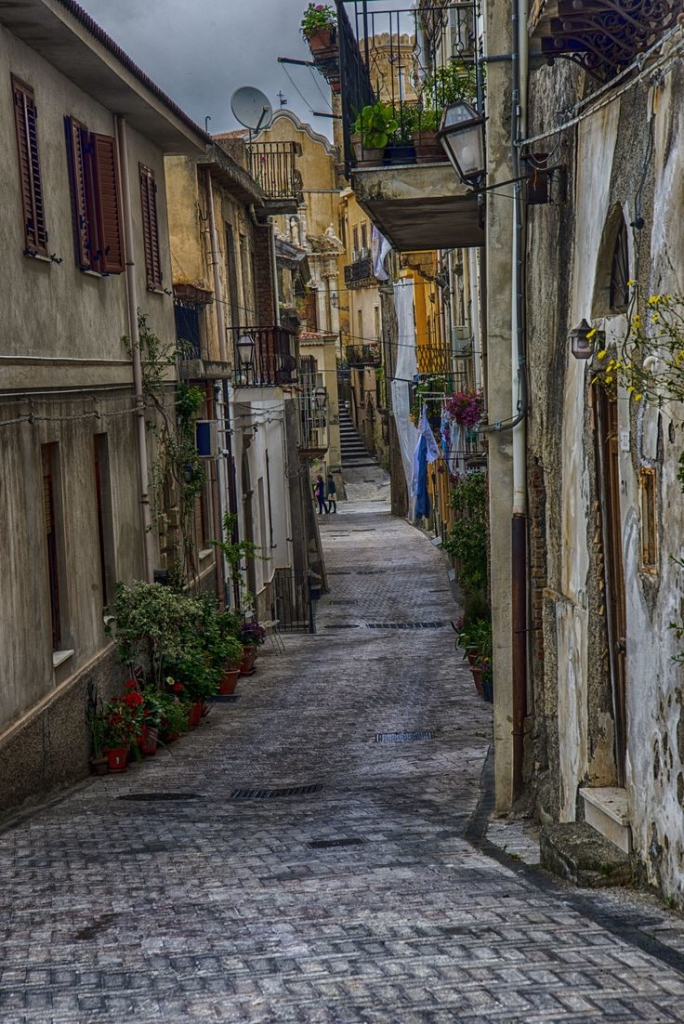 Till the end of the fifteenth century there was also a large and active Jewish community, whose synagogue (or Moschita) was enlarged in 1487; today we can only see the remaining arch behind Monte di Pietà. After the1693 earthquake, many buildings in late Baroque style were built in Castroreale.

The tour in the old town starts in Piazza delle Aquile. You will see the mother church of the first three decades of the seventeenth century with its main façade closed on the right by a sixteenth-century bell tower. Inside, there are several works by Antonello Gagini, Francesco Cardillo, Andrea Calamech, Philip Jannelli and Rinaldo Bonanno. Entering the church, you will notice that the meridian line runs transversely across the floor until the middle of the nave, indicating the direction of the North-South meridian. Fortunately, neither the disastrous earthquakes nor man’s work have damaged the Meridian. It was designed and built in 1854 by Nicholas Perroni Basquez from Castroreale, but it was never finished.

And now a curiosity… The meridian of Castroreale is a so-called meridiana a camera oscura. Due to diffraction, a beam of sunlight is projected on the floor in the shape of a bright ellipse that, following the motion of rotation of the Earth, intersects the meridian line drawn on the floor around mid-day. Such beam of light comes from a small gnomonic hole (about 6 mm of diameter) in the tiled roof (about 10 meters of height) of the right isle. Thus, when the center of the ellipse crosses the meridian line, it indicates the true solar noon. In the Mother Church, you will find silverware by the masters of Messina from the seventeenth century.

From the side square of the church, where a seventeenth century marble portal surmounted by three eagles was built, there is an enchanting view on the Aeolian Islands and the valley of Longano. Numerous ashlar portals from the sixteenth and seventeenth centuries and many wrought iron grilles are evidence of the ancient magnificence of the road that was once a major resource of the city. 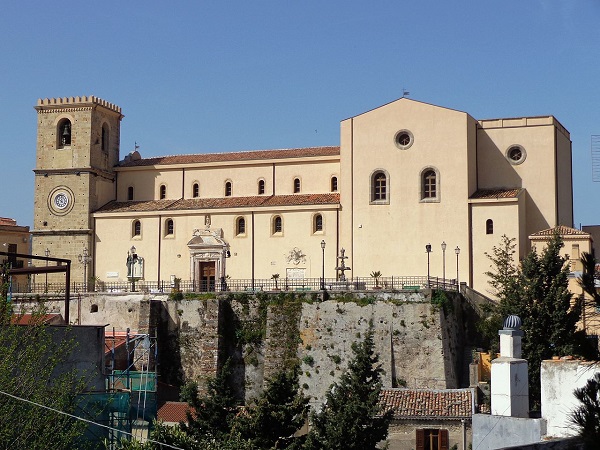 The ancient road Moschita, once full of convents and churches, is now home to a small yet precious heritage. In Piazza Pertini, there is the Peculio palace, the Town Hall, and the seventeenth-century Monte di Pietà; there is also the side façade of S.S. Salvatore and its bell tower from 1560. In the background, you will find the arc of the Jewish synagogue. Continuing, there is an Art Gallery in the Church of St. Maria degli Angeli, with works from the fourteenth, fifteenth and sixteenth centuries; you will also find the arches of the ancient convents such as St. Nicholas and the Monastery of Benedictine women. The Civic Museum has several works of great value, including a Salvator Mundi by Polidoro Caldara da Caravaggio (a pupil of Raphael operating in Messina between 1528 and 1543), a painted cross from the fourteenth century, a wooden crucifix from the fifteenth century, the funeral monument of Geronimo Rosso by Antonello Gagini, the altarpiece of The Lady with Saints by Gaspare Camarda, and three paintings by Filippo Jannelli. You should also admire the altarpiece of the triad from the late fifteenth century and the canvas of The Lady and Child with Angels by Antonello de Saliba.

Let’s also visit the Church of St. Filippo Neri from the seventeenth century with the annexed Oratory, which is today home to the Civic Museum. Interesting is the architectural complex of Santa Agata and Santa Marina; the latter presents Norman elements and Aragonese fortification mixed to a sixteenth century building. Inside the church of St. Agata, there is the famous statue of the Christ that is carried in procession from August 23 to 25 and during the Holy Week. And yet there is Porta Raineri, rebuilt in the early nineteenth century that once led to northern walls; then there is the Church of Candelora (from the fifteenth century) with a particular Arab dome and the Frederik II of Aragon tower, the only surviving trace of the castle he wanted in 1324.

And now let’s think about… gastronomy!

In addition to the authentic dishes of Sicilian tradition in Castroreale, there is a famous specialty: cookies. In particular, the cookies are called u biscottu castricianu or u biscottu da badissa; the Poor Clares of the Monastery of Santa Maria degli Angeli in Castroreale kept the recipe secret for a long time. Then, thankfully, someone decided to pass it. Thus two cookie factories that produce this goodness were founded. In the second half of August, there is the festival of these goodies. The ingredients are: aniseed, cinnamon, lard, sugar, cloves, vanilla, yeast, homemade sourdough, flour, water and salt. Preservatives are banned.

You should also try the homemade macaroni and the black rice during the Christmas season, prepared with sugar and toasted and grinded almonds.