Castiglione di Sicilia is resting on a hill on the north side of Etna, in the middle of the valley that the river Alcantara digs between Randazzo and Taormina. To see it from afar, it is the archetype of the typical hilltop village, with houses perched along the slope.

The first, significant traces of urbanisation, are in a document of Ruggero I (Roger I), who named the town “Castrileonis”, i.e. Great Castle in 1092.

The heart of every town is the square, in the case of Castiglione, piazza Lauria. On this beautiful central square paved with lava stone, just where the ancients piled up the Peculio (wealth) for the maintenance of citizenship in times of shortage, now stands the understated Town Hall.

A stone’s throw away stands the seventeenth-century Church of Sant’Antonio. Climbing up a steep and narrow road, you find yourself in front of the apse of the Church of San Pietro which dates back to 1105. There are many religious places in this small village, right next to San Pietro stands the eighteenth century church and the adjoining monastery of San Benedetto.

Descending from another side of the square, you find the church of Norman origin of San Marco, dating back to the XII century. Starting from San Marco and taking a narrow staircase you reach the ruins of a Byzantine fortification that residents call Castidduzzu (Castelluccio). 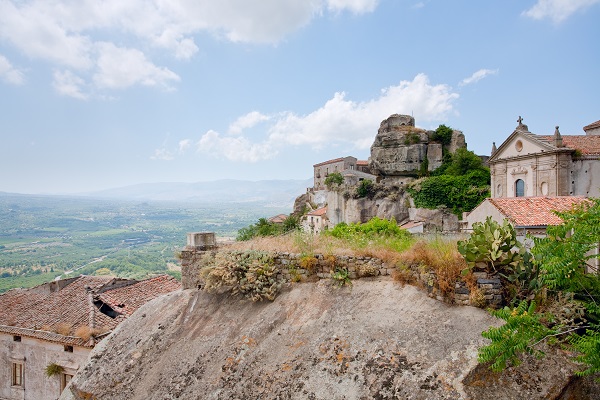 Moving away from the central square along a scenic road you’ll also find the Basilica of Our Lady of the Chain and then, on top of a cliff, the castle of Roger of Lauria of the XII century. 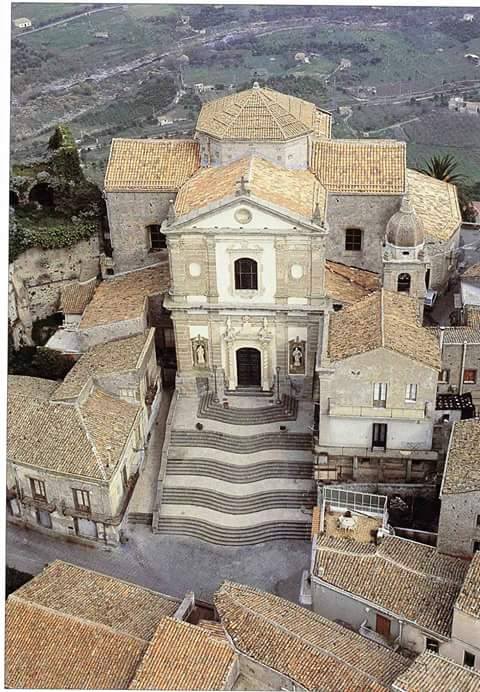 Leaving the village you will reach one of the most beautiful places in the town, where it endures what is perhaps the true symbol of Castiglione: “U Cannizzu“.

This is a sandstone tower built between the twelfth and fourteenth century, probably part of a more complex fortification called the “Cittadella”. The tower was outside the town and was probably the first stronghold to be conquered by King Federico III of Sicily, when in 1301 he reclaimed the feud from Roger of Lauria. Finally, as a surprise, right in the open countryside, there is the cube of Santa Domenica, also called “‘a cubula” by locals. The cubes are chapels built by Byzantine monks between the seventh and ninth centuries. This cube is unusually larger than the others. It has a base of a Greek cross with a square layout and, as per tradition it has the apse facing east and the central door to the west. The Cube of Santa Domenica has been a national monument since 31 August 1909. 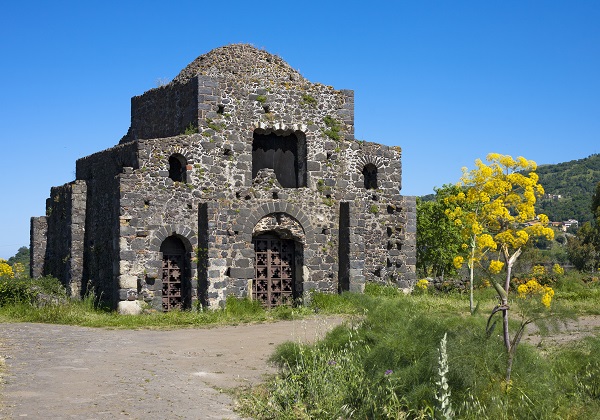