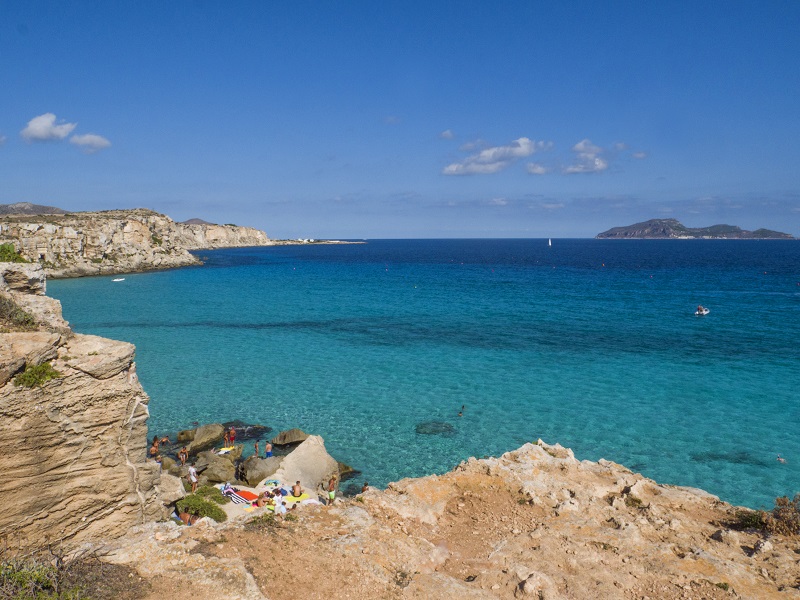 The island’s coasts are rich in inlets, creeks and sea caves, lapped by a turquoise and clear sea with beautiful shades of blue colours.
It is great for snorkelling, so, let’s go for a nice swim… in the sea:
Cala Rossa: Well worth the effort of getting here!! A very impressive place, just rock and blue sea…like a pool. Less suitable for children because of the difficult access to the place and to water. 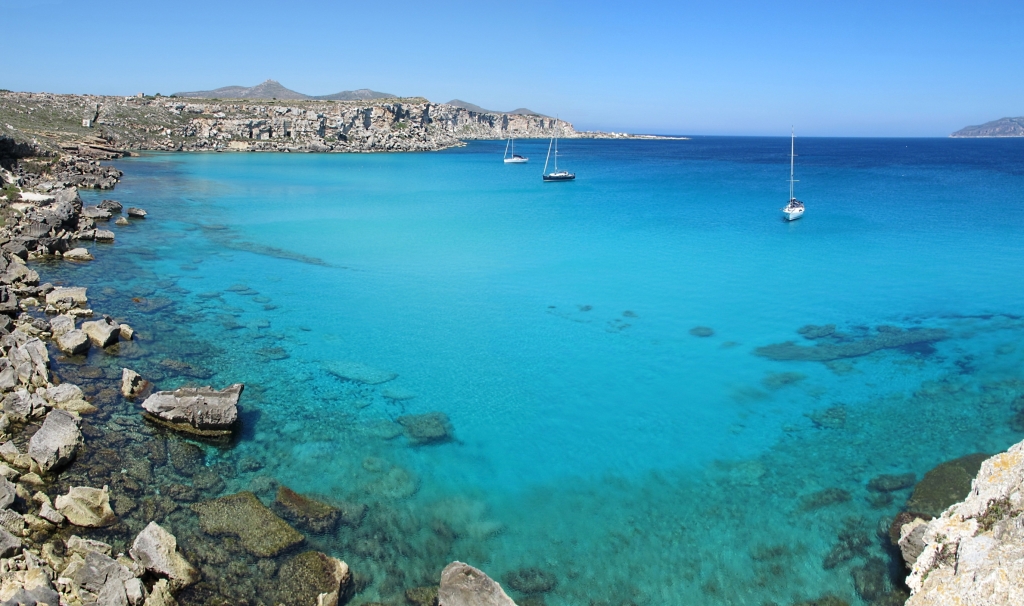 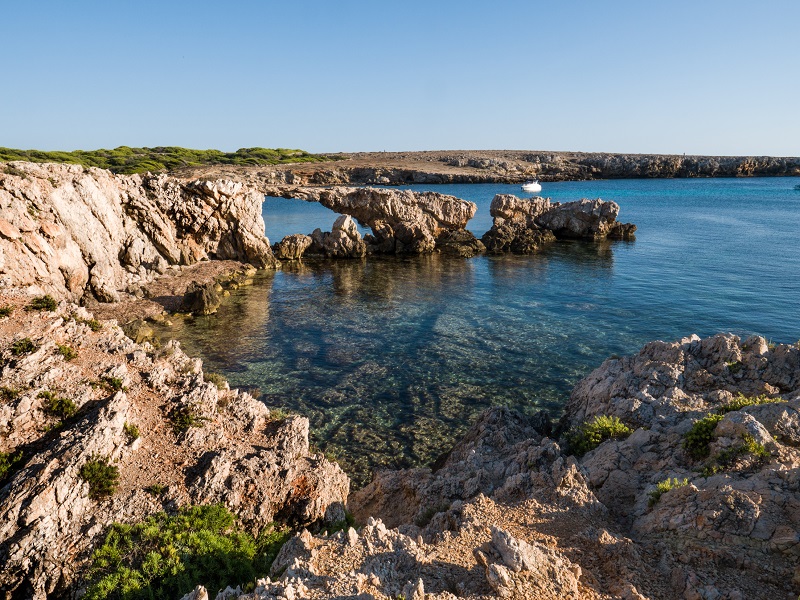 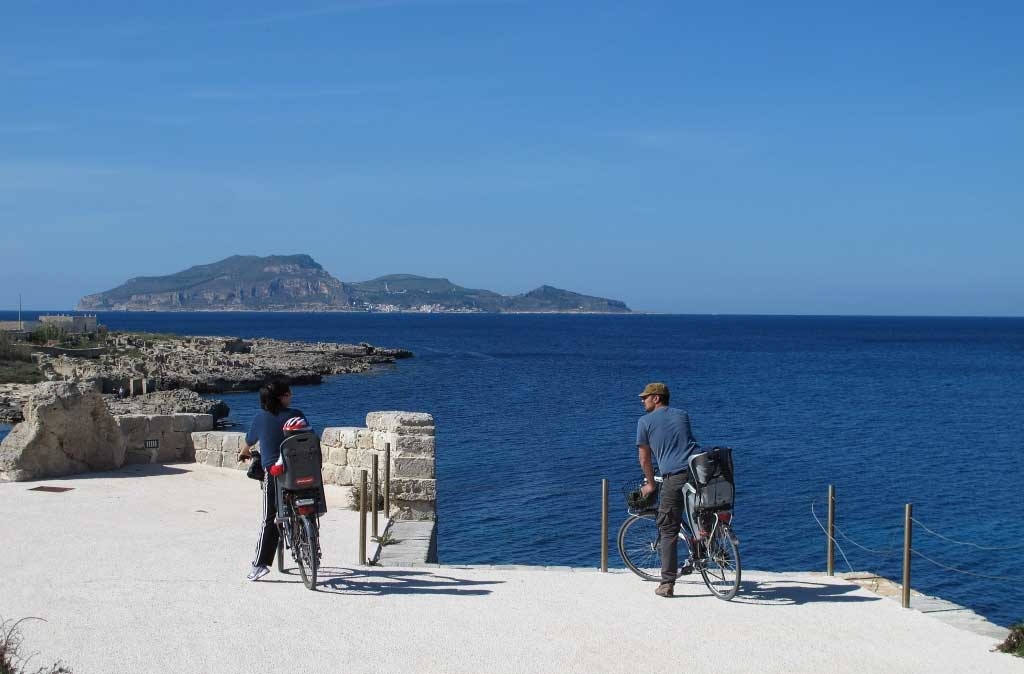 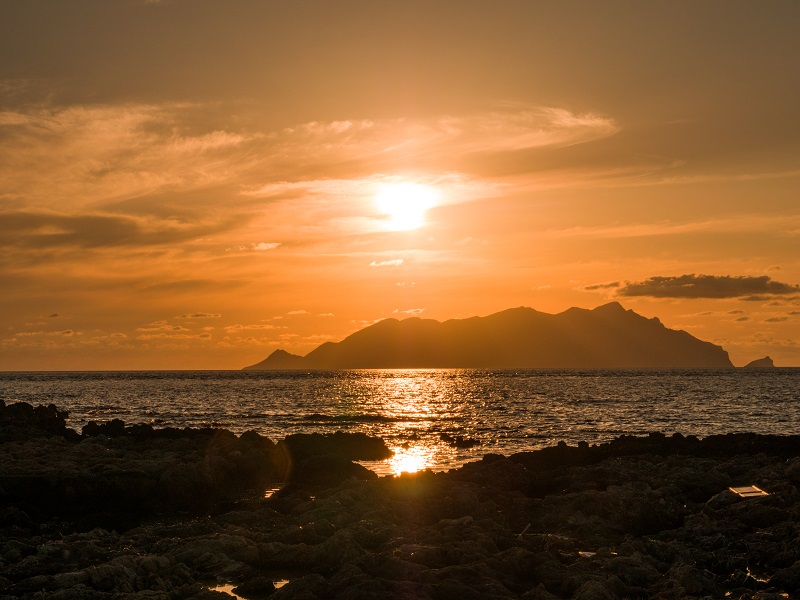 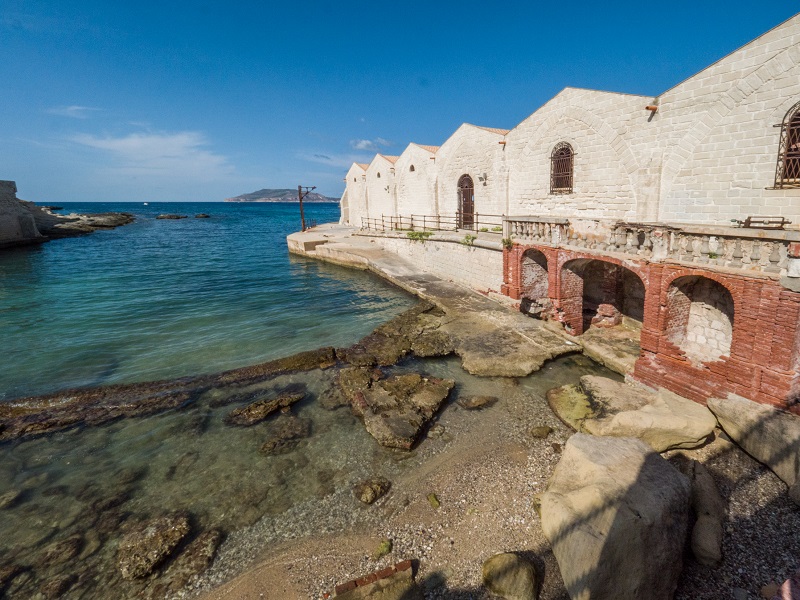 The cave art figures of men and animals painted and scratched on the walls of the Grotta del Genovese dated back to the Palaeolithic era, with its obscure rites and its mysterious and wild life. The Cave is among the most interesting prehistoric sites in the world 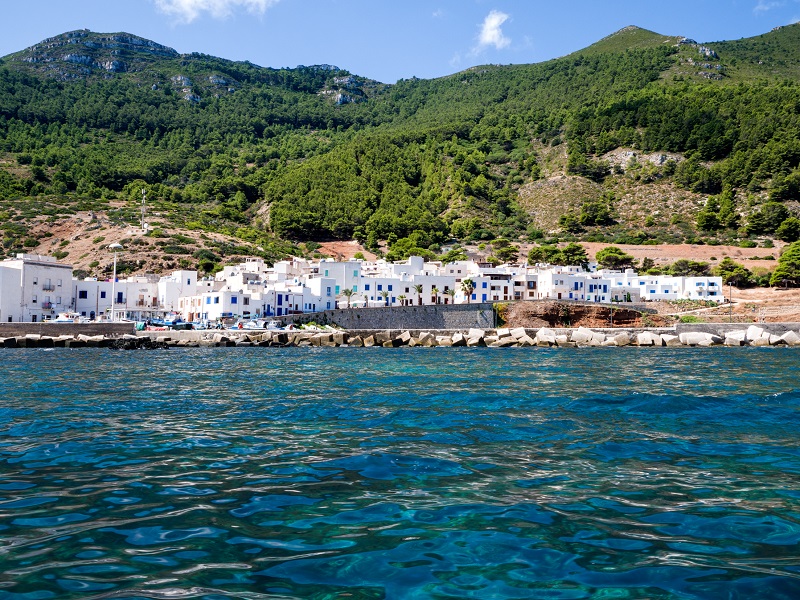